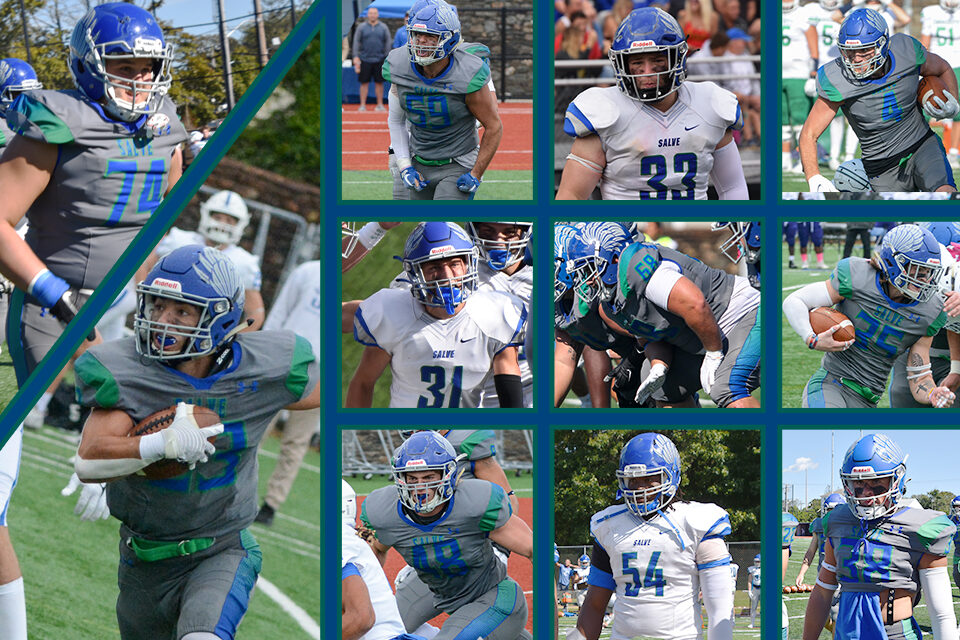 Graduate student Pete Noonan was named Offensive Lineman of the Year while running back Joey Mauriello ’22 took home Offensive Player of the Year. Both Mauriello and Noonan have also been named to the All-Region team to represent Salve Regina.

Noonan anchored a Salve Regina offensive line that helped the Seahawks put together the top offense in the league. They led the league in scoring (29.7 ppg) and total offense (4121 yards), while also having the league’s best rushers (199.2 yards/game). Salve Regina also ranked in the top-25 nationally in sacks allowed (0.70/game, 10th) and tackles for loss allowed (3.80/game, 25th).

In addition to his game on the ground, he also caught 17 passes for 151 yards and another touchdown for Salve Regina. He had three games with over 200 rushing yards, including 279- and 261-yard performances, which both ranked in the top-15 of single game efforts this year. He also had two games where he nearly missed hitting the 200-yard mark at 195 and 197. He was selected as the New England Football Writers Gold Helmet Award winner the week of Sept. 25. He was also named CCC Football Offensive Player of the Week five times (Week 1, Week 2, Week 4, Week 6, and Week 7).

DeVito also earned a spot on the All-CCC Second Team as a wide receiver along with guard Blake Guerrieri ’21, a current graduate student, linebacker Zack Catarius ’22, and defensive back Zachary Tucker ’23.

For the complete list of All-CCC honorees and major award winners for football, go here.