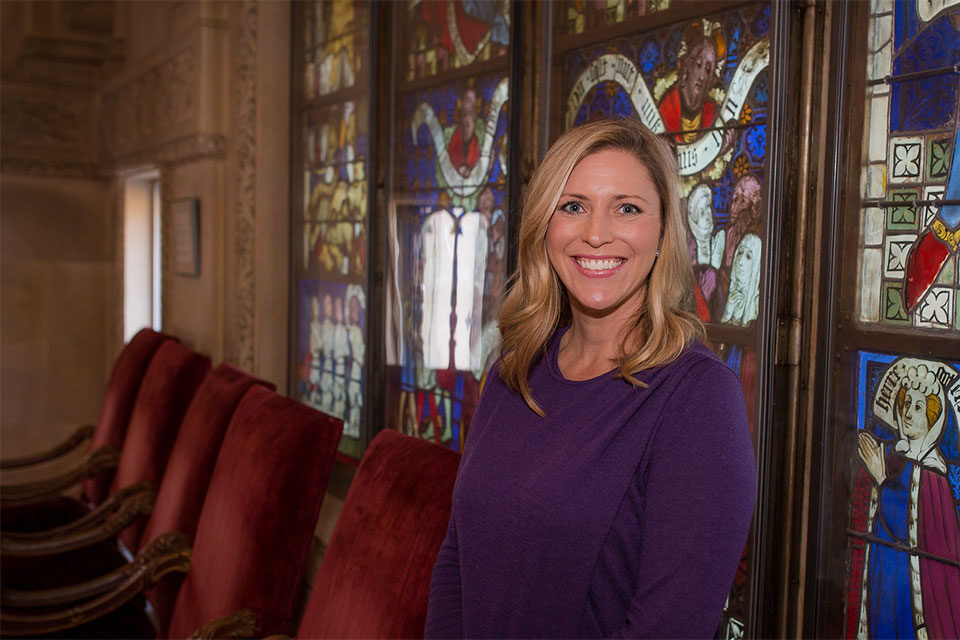 Anne McDermott, director of financial aid at Salve Regina, has recently been appointed as the president of the Eastern Association of Financial Aid Administrators (EASFAA).

McDermott has been an EASFAA member ever since she began her financial aid career in 2007, and she has held a leadership position since 2017. Her first volunteer leadership position was as the president of the Rhode Island Association of Student Financial Aid Administrators, and she worked within EASFAA in this role from 2017-2020.

“What I noticed most during those difficult times was the bond that people had to our association and to one another,” said McDermott. “Absolutely nobody was leaving a colleague out to dry. Every difficult decision that was needed during that season felt just a little lighter because we were part of a team.”

In early 2021, McDermott was elected as president elect of EASFAA for 2022, and  she started her official presidential year at the EASFAA conference in Baltimore, Maryland, in May of 2022.

“The benefits of my EASFAA volunteerism have been far greater than I could have ever imagined,” said McDermott. “Having a network of people who understand the industry and are there to support one another has been a gift. Because of the EASFAA network, financial aid administrators are never alone. I have found not only that EASFAA has helped me grow professionally, but I have also made some lifelong friendships.”

EASFAA aspires to be a leader in the development of empowered financial aid professionals. It promotes and supports the advancement of its members in higher education utilizing training, advocacy, education and leadership development opportunities.

EASFAA fills the unique role of providing professional services to both its individual members and state associations, and it also acts as an advocate for regional policy positions with the United States Congress and the National Association of Student Financial Aid Administrators (NASFAA).

“Having worked for many years at a Catholic Sisters of Mercy institution with a strong connection to mission, I often find myself thinking about the importance of mission statements and how mission statements can be put into practice,” said McDermott. “One of the biggest priorities of the association will be to bring new people in, help them to improve their skills and provide the support they need … to keep them in our industry as better, stronger, more confident aid professionals.”