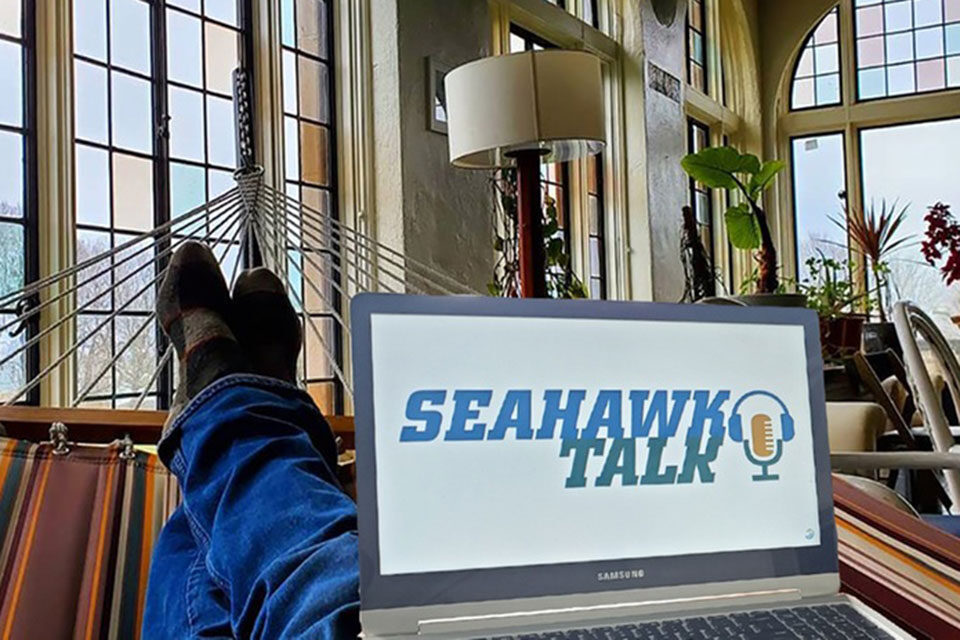 During the initial University shutdown from COVID-19 in the spring of 2020, SeahawkTalk debuted on YouTube for a nine-week run. Season Two began again in the fall of 2020, and over 80 episodes were completed by Friday, Jan. 1, 2021, with 140 guests featured.

Season Three of SeahawkTalk will now run at a weekly time spot on Wednesdays at 12:30 p.m. from February through June 2021. The show will last 30 minutes. Ed Habershaw, the show’s host and executive producer and Salve Regina’s associate director of athletic, and Andrew Pezzelli, sports information assistant, will co-host each weekly episode with a standard opening of five and a closing  of the five minutes. Guest appearances will be in the middle 20 minutes at 12:35 p.m., 12:40 p.m., 12:45 p.m. and 12:50 p.m.

“It has been a turbulent and challenging year to say the least, and SeahawkTalk™ became a safe space for those who needed it,” said Pezzelli. “The show offered both insight and entertainment, challenging discussions and escapism. I think we had a little of everything for everybody — but above all, SeahawkTalk™ became a platform for our teams, and they used it to its full potential! I am so proud of what SeahawkTalk™ has become and even prouder of the people who are responsible for that.”

The live episodes can always be found on YouTube and will also stream live on Facebook and Twitch, and they will embedded on the home page of Salve Athletics. 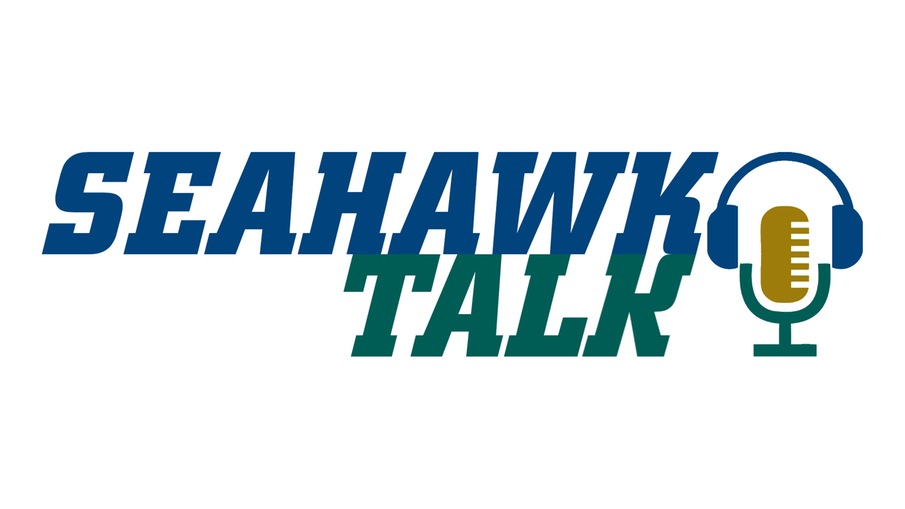