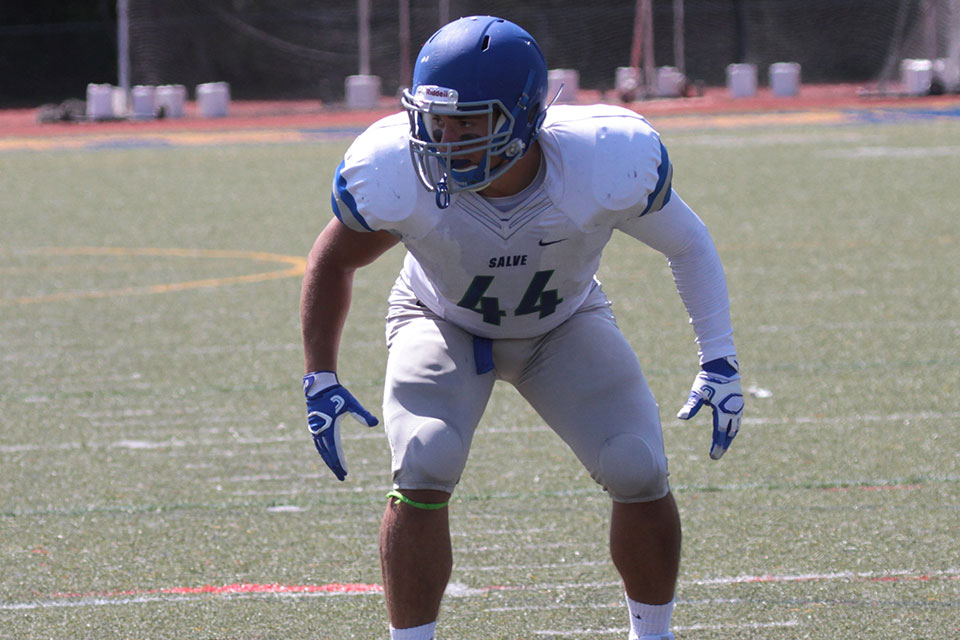 Drew Balestrieri ’20, a linebacker on the football team, has been nominated for the Good Works Team sponsored by Allstate and the American Football Coaches Association after donating his bone marrow through the team’s “Be the Match” drive.

“Be the Match” is a national registry drive for bone marrow donors to help in the fight against leukemia, lymphoma and other blood disorders. In donating his bone marrow last summer, Balestrieri joined eight other Salve Regina football players who have matched with patients since the team began sponsoring the drive seven years ago.

The Good Works Team is an annual award given to college football players for the impact they make off the field. To be considered for a spot on the team, each player must be actively involved with a charitable organization or service group while maintaining a strong academic standing.

A total of 137 student-athletes with inspiring stories of community service were nominated by their respective sports information directors. The final 22-member team and honorary coach will be selected in September by a voting panel consisting of former Good Works Team members and prominent media members who look for their dedication to giving back and the embodiment of true leadership on and off the football field.