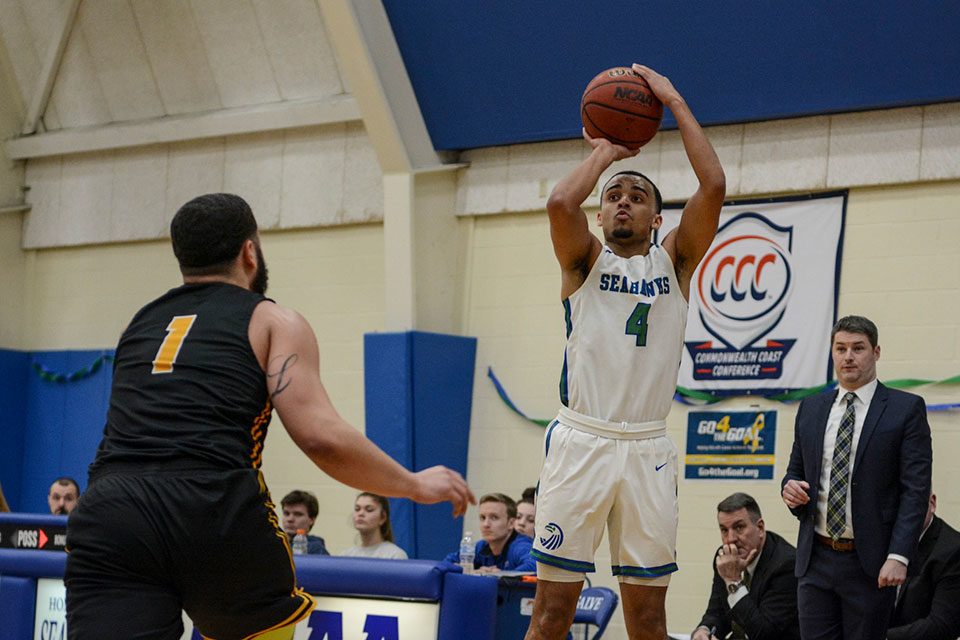 Taking home the top honors were Gordon College’s Eric Demers and Nichols College’s Nate Tenaglia, who were named the Player and Defensive Players of the Year, respectively. Meanwhile, two student athletes were recognized as the top first-year performers as both Siddiq Canty from the University of New England and Jalen Echevarria from Endicott College were named Rookie of the Year. Endicott head coach Kevin Bettencourt won Coach of the Year and Curry received the Team Sportsmanship award.

Voting for the All-CCC Teams and major awards was conducted by the nine CCC men’s basketball head coaches following the conclusion of the regular season.

“Our staff is very pleased to see several members of our team honored by the CCC coaches for their efforts this season,” says Sean Foster, who is in his 18th year as head coach of the Seahawks. “Cam, Kevin, Mikey and Tyler have all worked extremely hard both on and off the court and are fantastic representatives of our program.” Foster had been awarded the top scholar after his senior campaign in 1997.