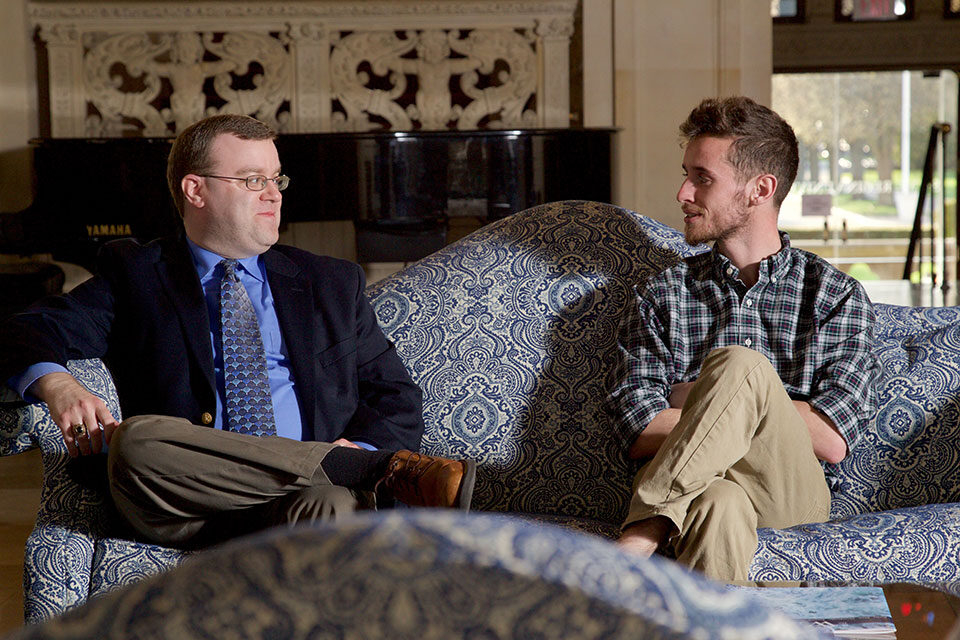 Dr. William Leeman has been appointed as the new director of the Pell Honors Program for this  2020-21 academic year and beyond. With this new appointment, Leeman brings years of experience working at Salve Regina along with an impassioned vision for taking the program to the next level, while also bringing it back to its historic roots.

“Dr. Leeman is a highly respected scholar and a gifted teacher,” said Dr. Steve Rodenborn, dean of undergraduate studies of the appointment. “He expects great things from his students, and I have no doubt our students will accomplish great things with his encouragement.” 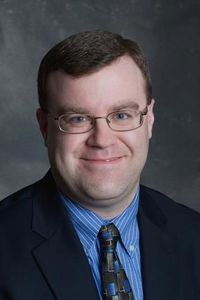 Leeman comes from a family of teachers, so teaching and mentorship seem to run in his blood. He’s been teaching in the Pell Honors Program for eight years, as well as being an associate professor of history at Salve Regina for nine years. As Leeman takes over the position as director of the Pell Honors Program, the program is going into its 20th year.

The history of the Pell Honors Program

The program is named after Senator Claiborne Pell, who represented the state of Rhode Island in the United States Senate from 1961 to 1997, according to Leeman. “Senator Pell was very much a legend,” described Leeman. “He came from a very aristocratic background, but he was somebody who was actually very humble in terms of his personality.”

Pell is known for creating the Federal Pell Grants, which is a form of financial aid for college students, as Leeman described. Pell was one of the leading sponsors of the legislation that created the National Endowment to the Arts, and he was also involved in foreign affairs and foreign policy as a leading member of the Senate Foreign Relations Committee.

“He always had this idea that a liberal arts education was essential to forming good citizens — people that were engaged and informed on public issues on the community level, the national level and globally,” said Leeman.

Honoring the roots, expanding the vision 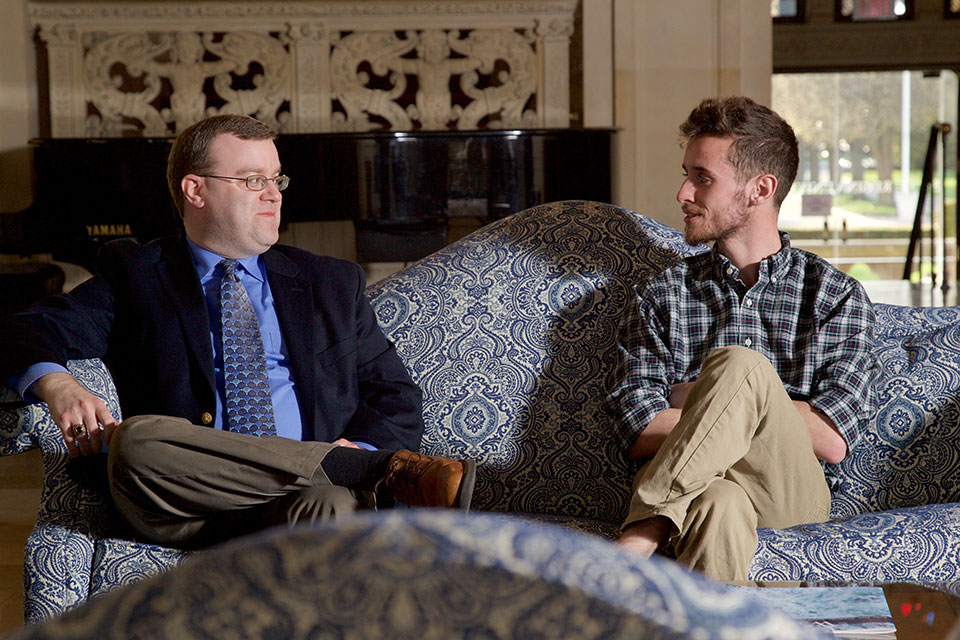 Leeman sits with student Christopher Liggio ’17. One of his favorite things about teaching is being a mentor to students. Photo taken in 2017.

Leeman’s vision for the Pell Honors Program is to go back to the roots of the original intention with its founding — a program with the ultimate goal of taking high achieving students academically and fostering a sense of engaged and active citizenship, while using a liberal arts education as a way to explore various issues that have an impact on current society both locally and globally.

“It’s about inspiring students to take a leading role in shaping their community, their nation and the world in a way that will bring progress,” said Leeman.

Leeman would also love to help the Pell Honors Program reflect Salve Regina’s Mercy Mission and the five critical concerns of the Sisters of Mercy, which fit very well within the scope of engaged and informed citizenship.

“The last line of the Salve mission statement that the students end up hearing quite a bit is that the whole idea behind Salve and the Mercy Mission is to prepare students to create a world that is ‘harmonious, just and merciful,’ ” said Leeman. “And those are values that Senator Pell would talk about in his career.”

Leeman’s goals are to make the program smaller and more competitive academically, build up more of a sense of community and broaden professor participation. He hopes to spark within participating students a passion for life-long learning even after they leave Salve Regina’s doors. He’s also hoping to add more field trips and cultural experiences for the students, as well as encouraging students to study abroad.

Leeman himself was inspired to apply for the position of director of the Pell Honors Program by teaching in Salve Regina’s short term study abroad program in Oxford, England, in the summer of 2017. He spent time with 25 Salve Regina students studying various subjects in England, and the vast majority of the students were from the Pell Honors Program. 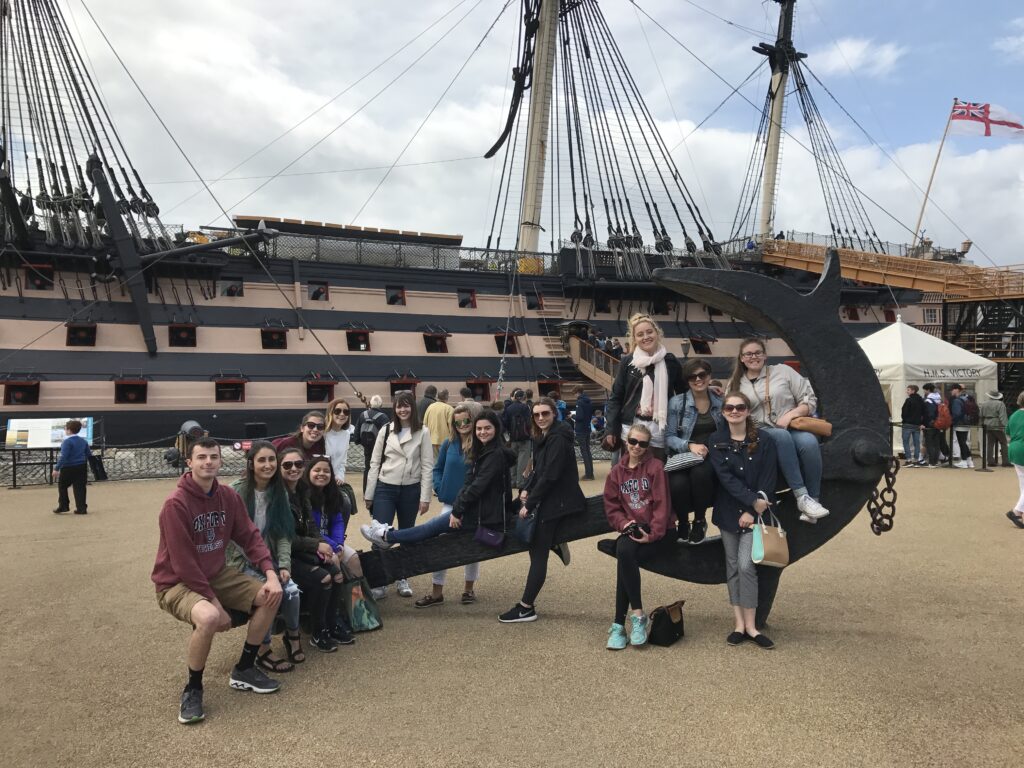 A photo of the students in Leeman’s Anglo-American Relations class that he taught in Oxford in the of summer 2017. The photo was taken in Portsmouth, England, and the ship in the background is the HMS Victory.

“That was really transformative for me, as well as for the students,” said Leeman.  “I think one of the aspects I love the most about teaching at Salve in general in my role as a history professor has been the mentorship aspect of it. You meet these students as freshmen, and watching them grow and develop over the four years they’re here — it really does create a special bond.”

Evan Elichalt ’21, a double major in history and economics, has enjoyed his time in the Pell Honors Program, which was one of the reasons he decided to go to Salve Regina in the first place. He has enjoyed the student-driven conversations in classes, and that students are given ample opportunity to share their thoughts and ideas. He’s also loved the interdisciplinary nature of the courses. 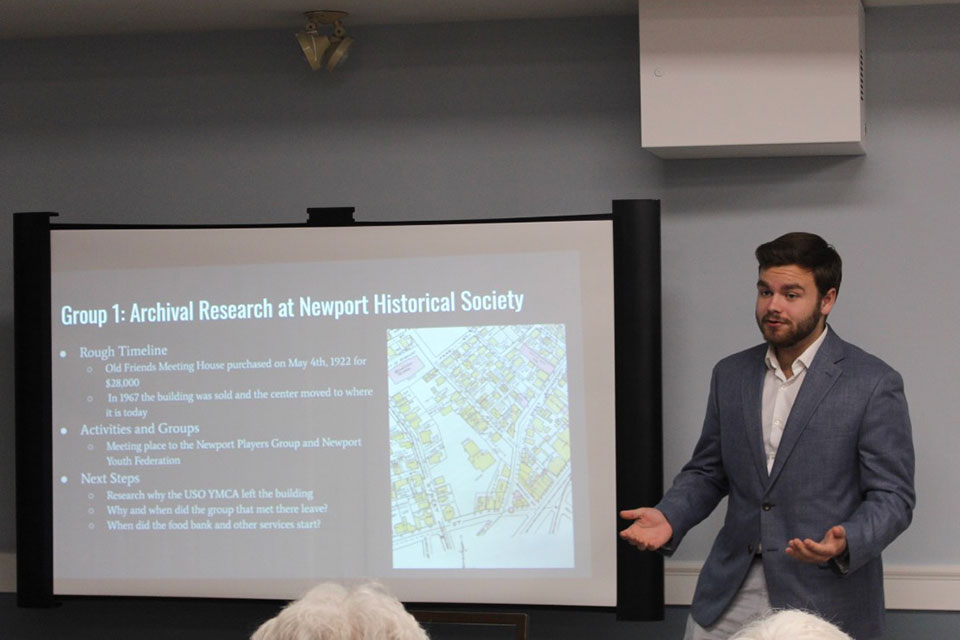 “I was a part of the director candidate lunches this past semester, and I was fortunate to be with Dr. Leeman for one of these meetings,” Elichalt said. “Not only did Dr. Leeman offer his vision for the future of the program, but he made sure to ask us Pell students what direction we would like to see the program grow. After having the pleasure to know Dr. Leeman for almost three years, I can certainly say that he will go the extra mile for any student at Salve Regina.”

Makenzie Sadler ’22, who is double majoring in secondary education and history with a minor in economics, also believes that Leeman will add a lot to the program as the new director. She has enjoyed her time within the program with its challenging courses, internship experiences and early course registration.

“I know Dr. Leeman as a professor and an academic advisor,” she said. “Dr. Leeman provides amazing academic advice regarding courses within the Pell Honors Program, and it’s always evident that Dr. Leeman is very knowledgeable about the program.”