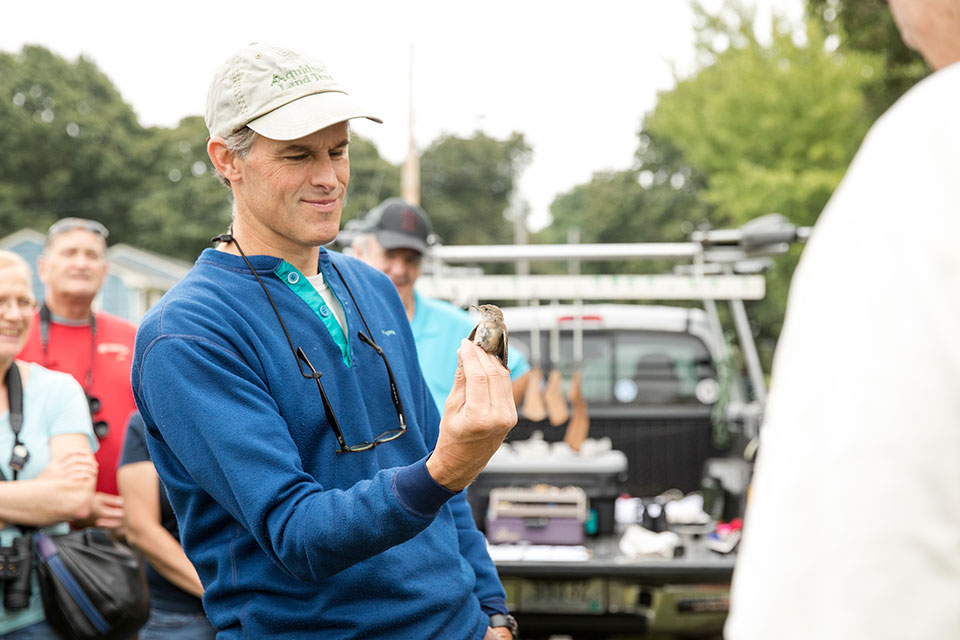 Dr. Jameson Chace, professor in the departments of Biology and Biomedical Sciences and Cultural, Environmental and Global Studies, has been elected to a two-year term as president of the Wilson Ornithological Society, the worldwide organization of more than 1,300 professional scientists and dedicated amateurs involved in the research and management of birds.

Chace, who had been serving as first vice president, was formally elected as president during the society’s annual meeting in October. He also currently serves as vice chair of the steering committee for the seventh quadrennial North American Ornithological Conference, which will be held in Puerto Rico in August 2020.

“After Dr. Chace hosted a very successful joint conference of the Wilson Ornithological Society and the Association of Field Ornithologists at Salve Regina in 2014, the society elected him into the presidential succession,” said Dr. Sara Morris, interim vice president for academic affairs at Canisius College and a past society president. “Dr. Chace is now tasked with leading the strategic initiatives of the society, which include engaging conferences, a relevant and strong peer-reviewed journal that publishes on a wide range of ornithological topics including natural history, creative and responsive interactions among the membership, and strong financial and mentoring support for ornithologists at all career stages.”

Morris said Chace is a recognized expert in the area of the effects of cowbird parasitism on bird populations and behavior, and the effects of urbanization on birds. His research is based on creating opportunities for undergraduates to gain experiences in field ecology and environmental sciences. He has been awarded two NSF RI-EPSCoR grants related to marine response to climate change and the collaborative Northeast Water Regional Network (Rhode Island, Delaware and Vermont). He also maintains an active research program in hydroponics and in avian ecology. He is the author of more than 25 peer-reviewed papers and has given nine papers at national conferences in the past 10 years.

“The Wilson Ornithological Society provided me with travel funds to give my first professional research paper in 1995 and over the years, in many different roles, it has been an honor serving the organization that is devoted to developing and mentoring young scientists,” Chace said. “When I look at the list of past presidents I am humbled to be listed among them.”

The second largest professional ornithological organization in North America, the Wilson Ornithological Society was founded in 1888 and named in honor of Alexander Wilson, widely known as the “father of American ornithology.” In addition to publishing a quarterly, peer-reviewed journal of ornithology, the society holds annual scientific meetings and provides annual awards for research, service and excellence in both publications and presentations. Annual meetings typically consist of two full days of multiple session oral and poster presentations, with skills-based workshops and local field trips.

At the society’s 2014 annual meeting at Salve Regina, 250 ornithologists attended, 50 percent of whom were students. The organization is especially interested in providing mentoring opportunities for students and each year awards four types of research grants for a total of up to 11 awards that are open to students and researchers worldwide.

Chace has his bachelor’s degree from Eastern Connecticut State University, and both his master’s degree and Ph.D. from the University of Colorado-Boulder.