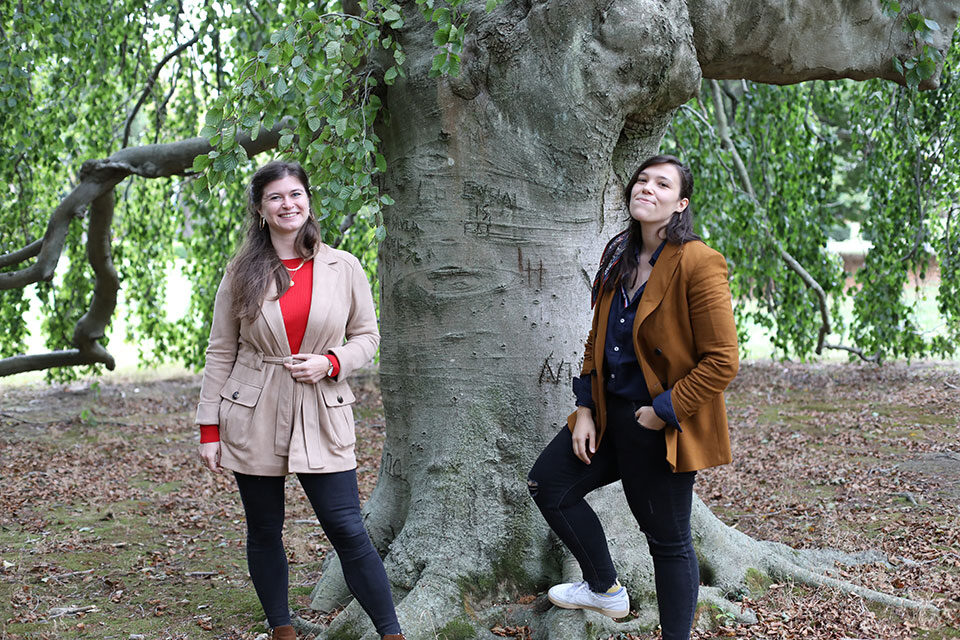 Sarah Marlien of France and Patricia García of Spain are teaching foreign languages classes, living on campus in the Language House at Carnlough Cottage and taking two courses each semester as Fulbright Foreign Language Teaching Assistant Program recipients for 2020-2021. And while they are both enjoying their opportunity to come experience the U.S., getting here this year despite the pandemic was an adventure in and of itself.

Marlien, who has a master’s degree in linguistics, started the process in September 2019 when she had her interview at the French commission. She then had another meeting in January 2020 to finalize the opportunity. 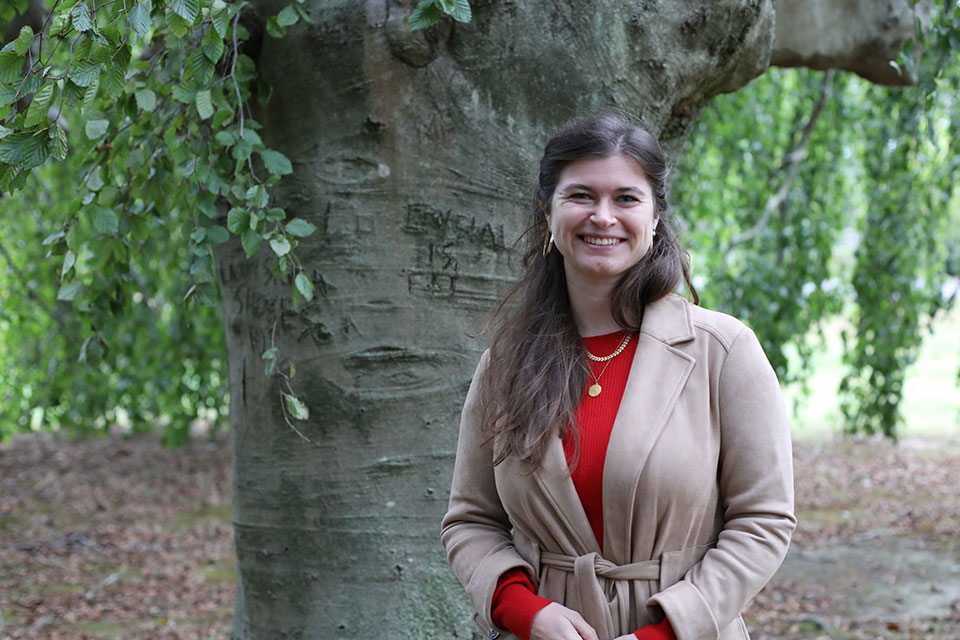 “[That night in January], I had dinner with my friends, and we were talking about everything. And one of my friends told me, “Oh, did you see the news? There’s a virus from China,’ ” Marlien described.  “At this moment, we could not imagine that it was going to change our lives.”

As the world went into lockdown in early March 2020, it was uncertain whether or not the Fulbright opportunity would actually happen for Marlien. But by June, the French Commission had called Marlien and told her Salve Regina was wanting her to come for the 2020-21 academic year. At that point, Marlien had to decide whether to stay in Europe and take a job in England or come to the U.S. despite the pandemic.

“It took me a lot of energy to do this application for Fulbright, and it was just like the dream,” said Marlien. “[So I decided] I’m going to … take the American choice and see what happens.”

Marlien received her visa and arrived at Salve Regina on August 20. She then quarantined for two weeks before the semester started. She said she actually enjoyed the quarantine, as it made her get acquainted with the University and settled in before the start of the school semester.

The process for getting to Salve Regina was a completely different experience for García, who has two master’s degrees in teaching and literature with an emphasis in gender studies. 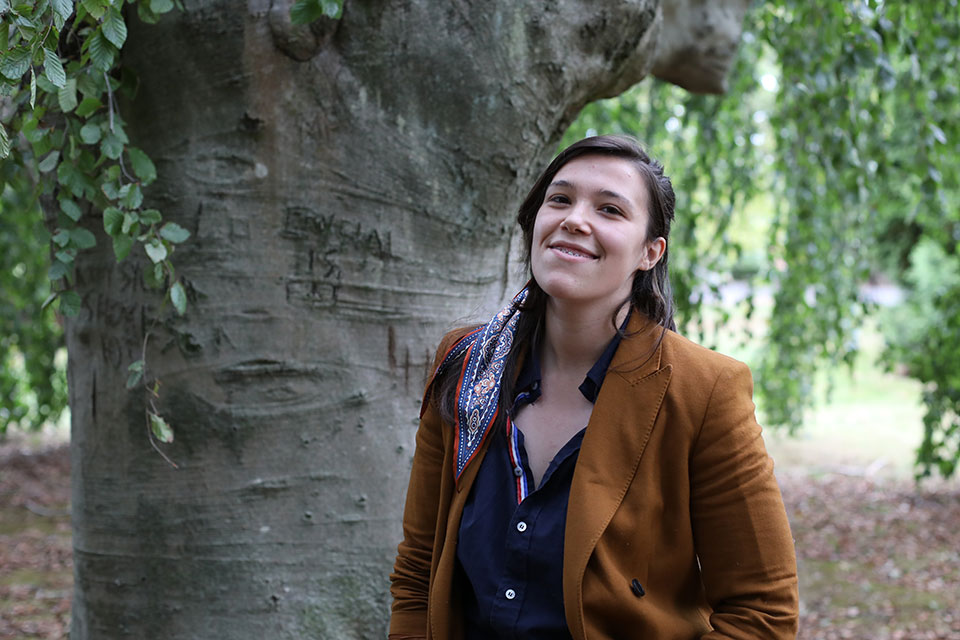 García had already been chosen by another university in America until the pandemic hit. Her original placement decided they would not be taking a Fulbright teaching assistant for the upcoming academic year, so for a while García thought her dream was dead. Suddenly in August, she was notified that Salve Regina had an opening for her—but she had just weeks to get everything ready.

“I rushed and did all my paperwork in record time and got here around the last week of August, so it was ride,” said García. “Spain was not doing any flights to the US, because the US had closed borders with Spain. So I basically had to do a whole tour of Europe. I had to fly to Madrid, then Germany, then Washington, and then I finally flew to Providence.”

Now that they’re here and settled into the start of the school year, both Marlien and García have enjoyed being on Salve Regina’s campus. They also both agree that learning how to teach during a pandemic with so many restrictions has been both challenging and rewarding.

“We’re learning, as is everyone, to deal with this hybrid system … teaching in person and people at home,” said Marlien. “But it’s going great. Students are really nice and they’re motivated. It’s really cool to able to share my culture, so it’s been interesting.”

García had never taught Spanish culture before, so she has loved getting to introduce Spain to her students. “It’s really interesting to see how much of my culture I’m aware of and how Spanish is perceived here,” she said. “I think that transitioning from teaching in Spain to teaching here has been very enriching, and it’s only October. So I can see it’s going to be even better.” 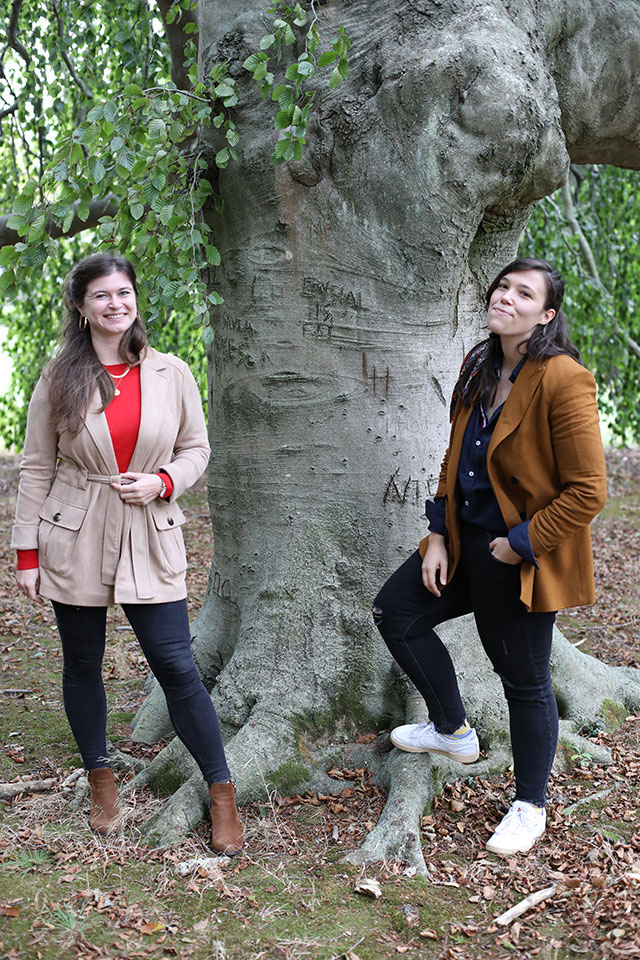