Salve Regina’s Extensions Dance Company will present “Duality” at the Casino Theatre from February 27-29. Directed by Lindsay Guarino, associate professor of dance, this all-female choreographed show is a journey of contrasts: elegant and raw, spirited and contemplative, assertive and yielding.

For Guarino, “Duality” will be a different show than others that the dance minor at Salve Regina has done in the past, because the choreography speaks directly to issues facing the U.S. in interesting ways that bring many polarizing contradictions to the forefront in a visual, visceral way through dance. 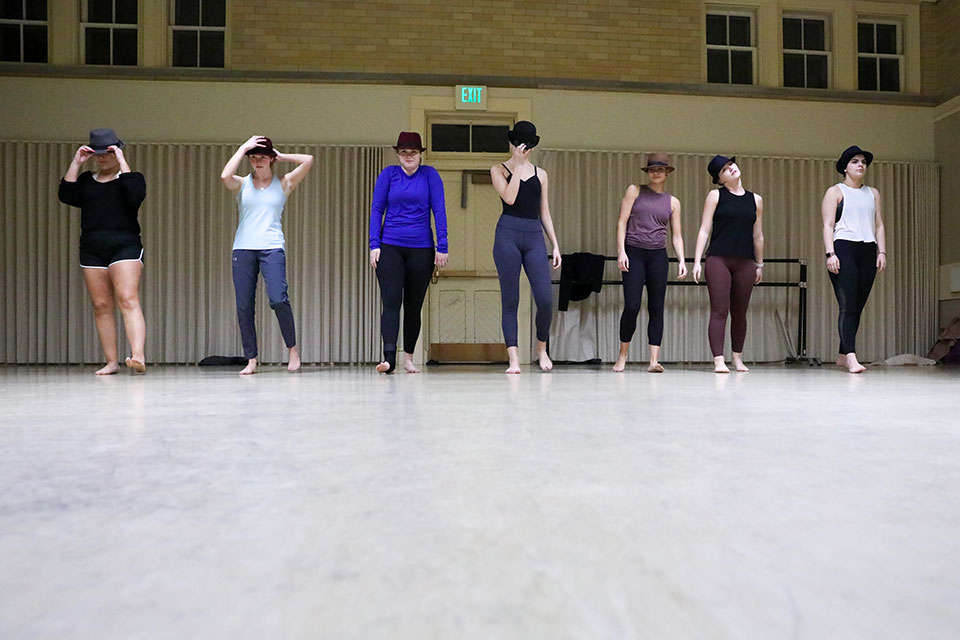 All photographs were taken at a dance rehearsal on Feb. 11 as students practiced their dances for the “Duality” performance on Feb. 27-29. 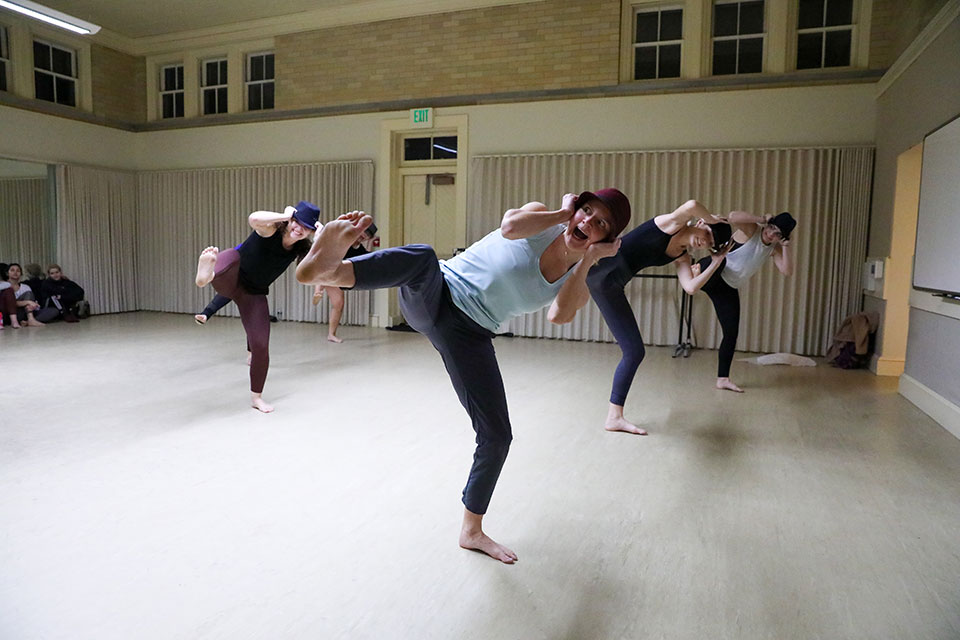 “There’s always a pulse to a show, and when I looked at this show, I was struck by how much of it speaks to just the divisiveness today,” said Guarino. “It’s about pushing back in so many ways …. I can see the undercurrent is speaking to how divided people feel and the conflict day-to-day.”

Through this lens, the landscape of works on display during “Duality” reveals a range of physical, mental and emotional states, and celebrated jazz choreographers from across North America traveled to set pieces for the show.

“We’re not producing things that are so abstract that you’re not going to connect with them,” said Guarino. “I feel like we’re straddling that line between dance that’s accessible, but it also carries deep significance.” 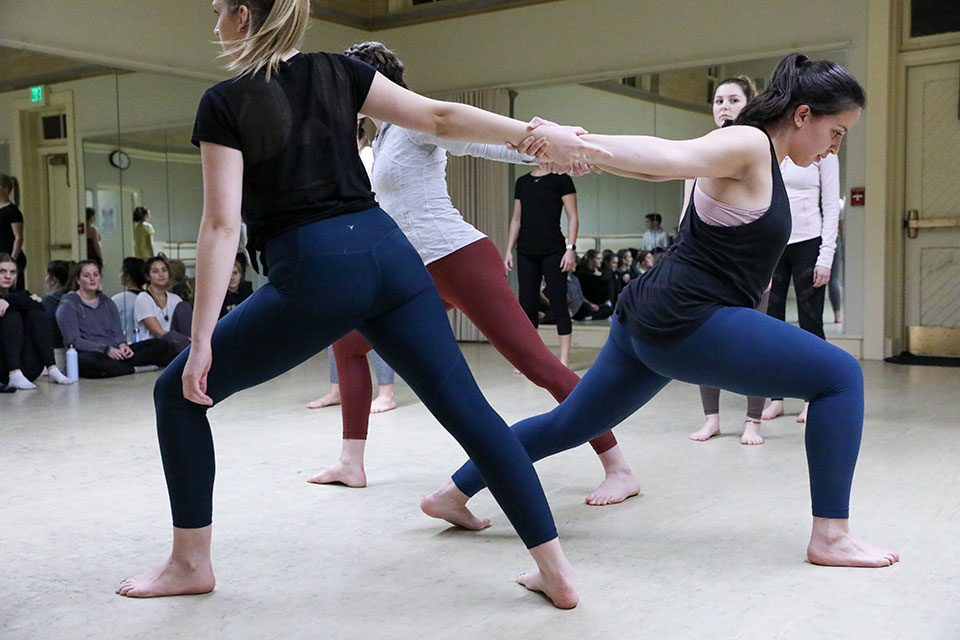 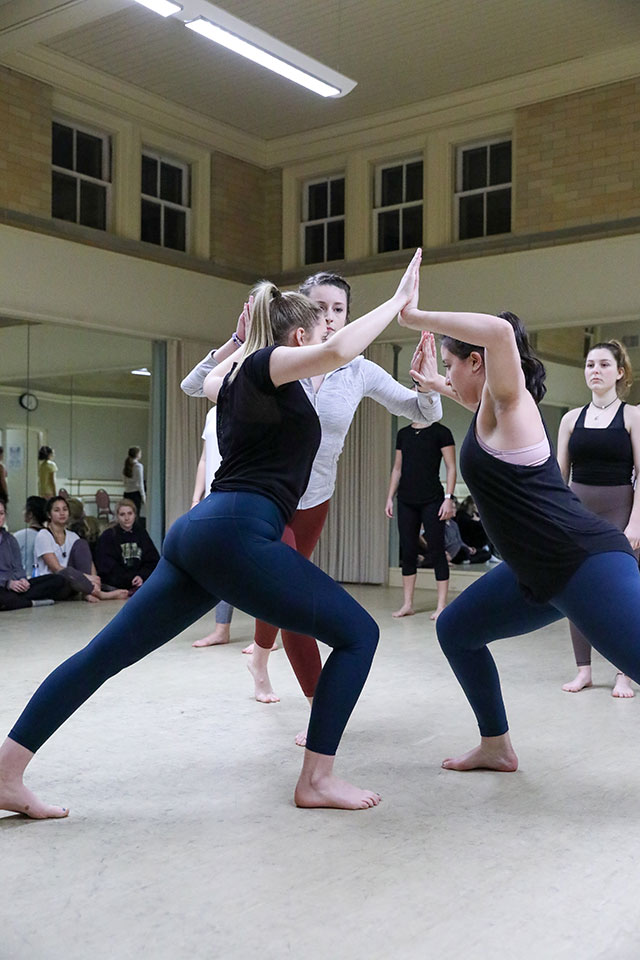 Kimberley Cooper, the artistic director and resident choreographer of Decidedly Jazz Danceworks in Calgary, Canada, choreographed a piece called “Lafayette” where all the female dancers will be dressed in men’s suits in 1940s gangster style to explore gender roles.

Jazz artist Brandi Coleman, who teaches and choreographs Jump Rhythm® Technique and is a professor at Southern Methodist University, set a piece titled “And One More Thing…,” which is about the then-nominated Supreme Court Justice Brett Kavanaugh hearings in 2018 when he was accused of sexual assault.

“[It’s about] being a woman and holding your space,” described Guarino. “But the irony there [is] … the piece is set to ‘Tell Me Something Good,’ which is … such an upbeat, fun song. But the piece has got grit and soul, and it’s direct at the audience.” 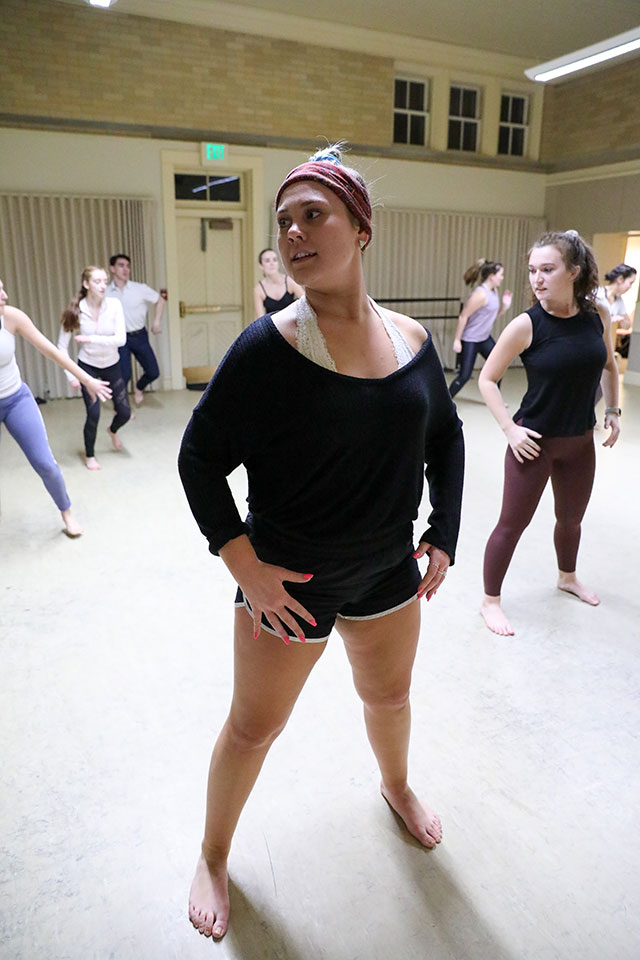 For student Kenzie Stewart ’21, a marketing major and dance minor, she is excited to showcase the group’s talent in the upcoming performance, which they have spent hours and hours preparing for; the average dance minor spends about 30 hours each week practicing and rehearsing, according to her estimate.

“I thought it was so funny when I saw the name was ‘Duality,’ because I didn’t even have to think about why it was called that,” said Stewart. “Throughout the whole concert, there’s a lot of pieces about confrontation and competition … but still being community and … lifting each other up.” 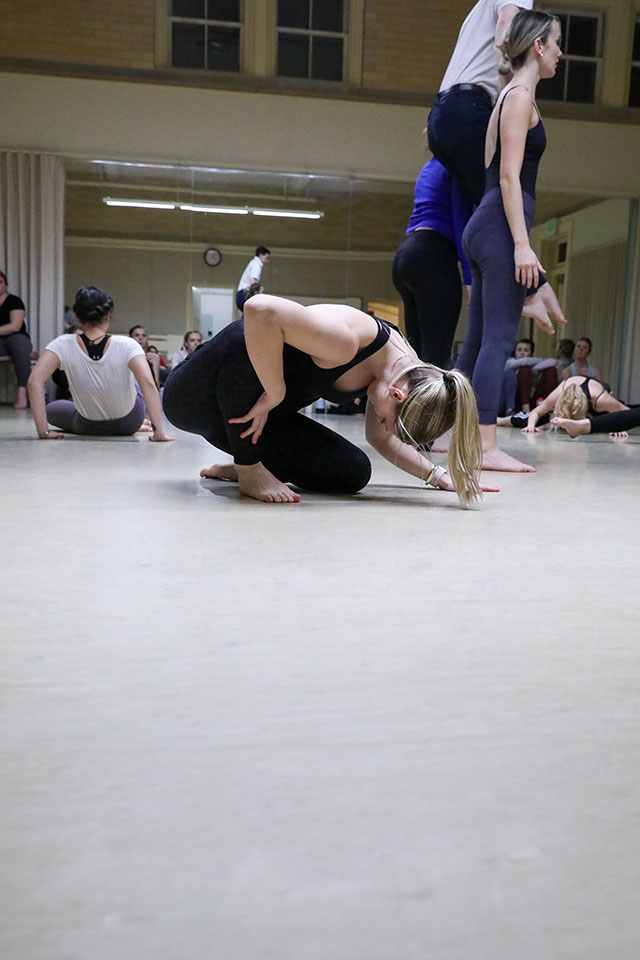 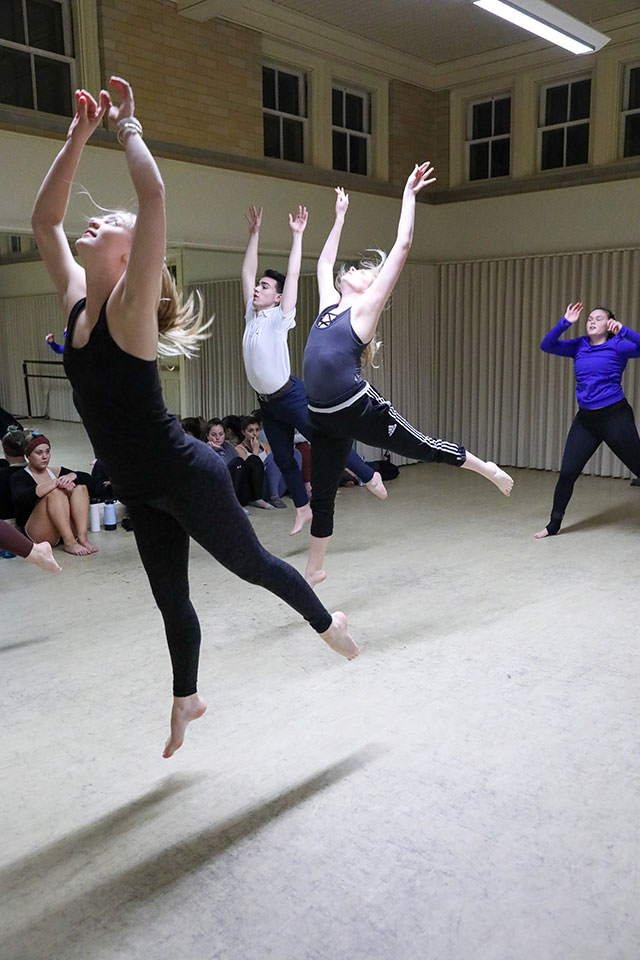 Stewart said that she came to Salve Regina because of the dance minor; two of her sisters had danced with Extensions while attending the university, and she knew it was the place for her. “No other school provided an education like this or a dance program like this, so I just had to come,” Stewart said.

And as the dance minor program at Salve Regina continues to grow, it’s strong even compared to dance majors at other schools, according to another dancer performing in “Duality,” Michaela Darragh ’20, an early childhood education major and dance minor. 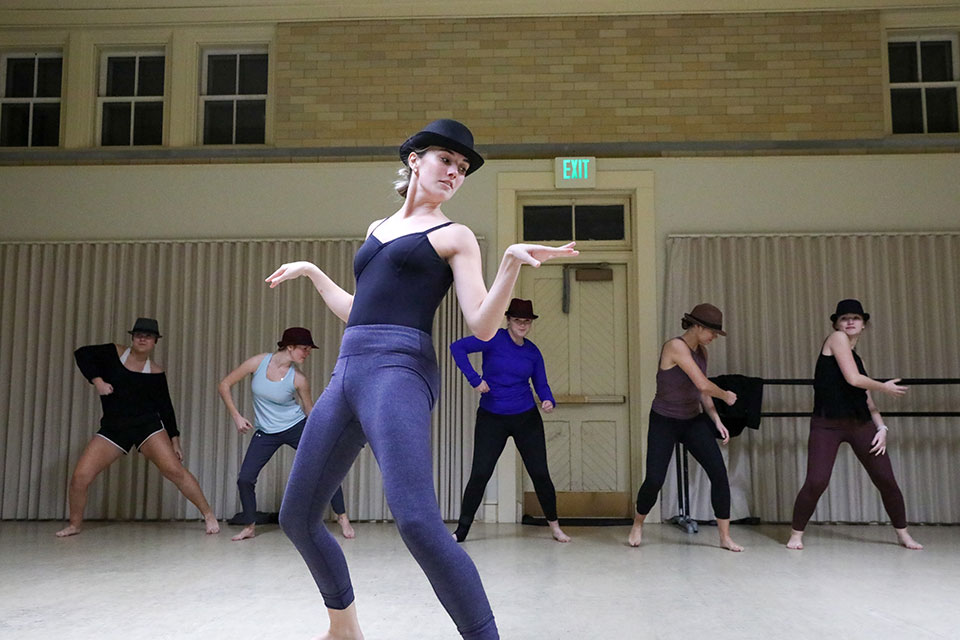 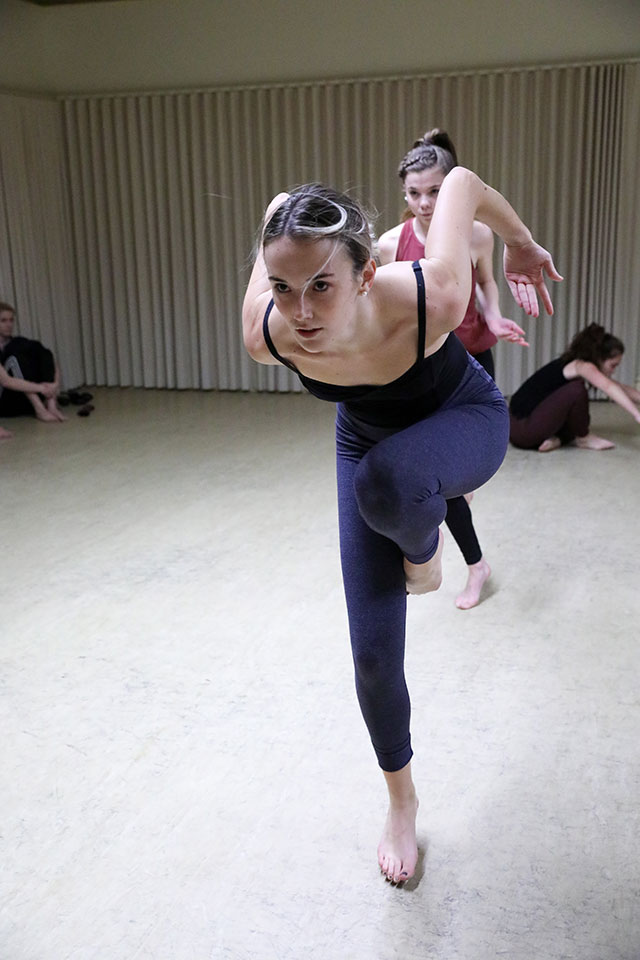 “I came from a ballet studio, so it definitely was a huge shift for me, because I’d never really done anything like … jazz,” Darragh said. “And Lindsay has immersed us in this beautiful world of jazz and rhythm and how it should feel. It’s been a big shift, but it’s been amazing.”

Both Stewart and Darragh hope that people will come out and watch “Duality” and support the dancers at Salve Regina. “It’ll open their eyes to a whole new world of Salve,” said Stewart. “The arts here are amazing.”And while viewing dances on YouTube or other social media channels is something fun, too, “[there’s nothing compared] to sitting in a theater and watching live dancers perform work that they created themselves and spent so much time on,” Darragh added.

Performances are at 7:30 p.m. on all three nights from Feb. 27-29. There is an additional matinee on Feb. 29 at 2 p.m. The Casino Theatre is located at 9 Freebody Street in Newport, Rhode Island. Tickets are $8 for Salve Regina students, faculty and staff; $10 for military and seniors; and $15 for the general public. 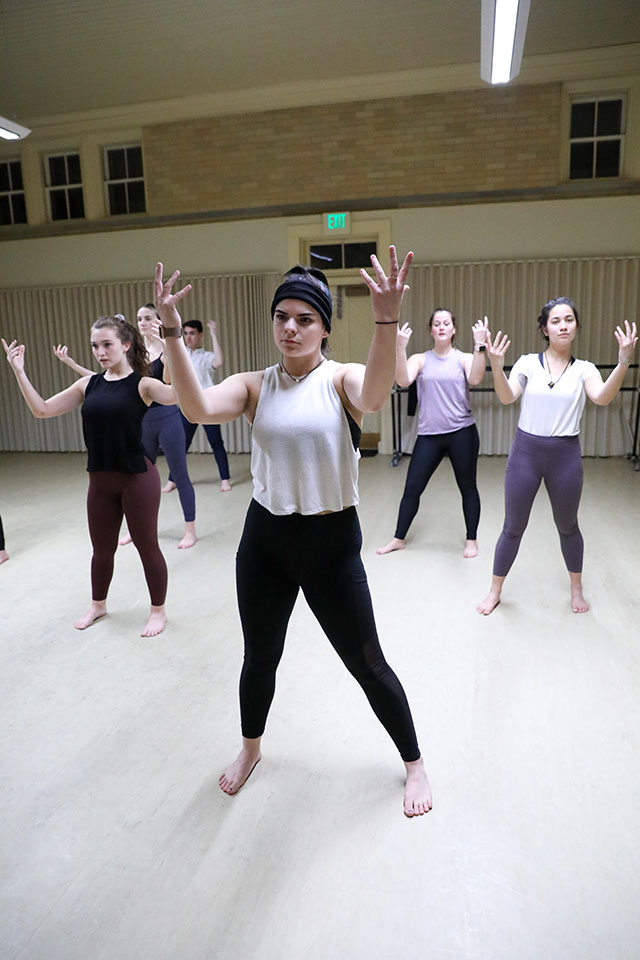