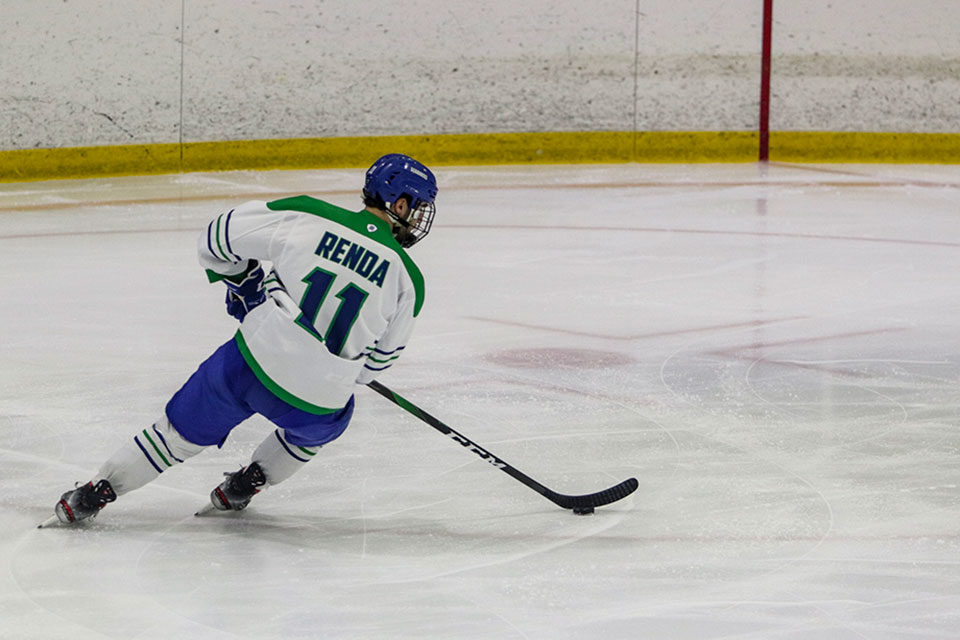 Defenseman Vincenzo Renda ’21 earned second team All-CCC honors, while forward Danny Eruzione ’21 was named to the third team All-CCC. Both have made the All-CCC squad in each of their first three seasons at Salve Regina.

Renda (2g-12a-14p) ranked third in the CC for defensemen scoring. Eruzione (7g-20-a-27p) led the Seahawks in scoring. Eruzione is the Seahawks all-time leader in career assists (70). Eruzione ranks second all-time in career scoring (100 points) and is six points away from setting a new program record, and he was recently also nominated as a semifinalist for the Joe Concannon award given to the best American-born hockey player in New England.

Voting for the All-CCC Teams and major awards was conducted by the nine CCC men’s ice hockey head coaches following the conclusion of the regular season.

The full release from the CCC can be found here.