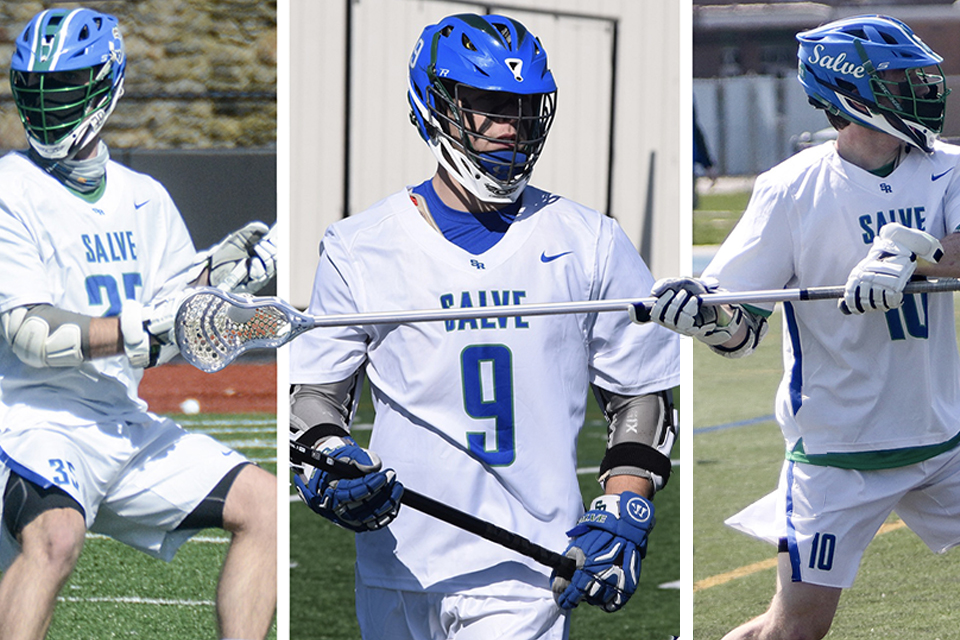 “Congratulations to Ethan, Marco and Pat. All three have had tremendous careers at Salve Regina,” said Patrick Cooney, head coach of men’s lacrosse. “They would be the first to recognize their teammates as instrumental in their development.”

Robson, a three-time captain, crossed the 100-career point mark this season while earning his second All-CCC selection. Mongelli makes his first All-CCC squad in his senior season while leading the Seahawks defense.

“Ethan is a dynamic playmaker at both ends of the field. His positive spirit has helped galvanize the program,” said Cooney. “And Marco is a great defender. He covered the top offensive players in the CCC this year …. His disciplined approach to defense set a controlled, aggressive standard that pushed teammates.”

“Pat is passionate, he is hard to deny,” said Cooney. “A born shooter, he has awesome skill sets and anticipates extremely well. He may be the best catching attackman I have ever coached.”

Voting for the All-CCC Teams and major awards was conducted by the eight participating CCC head men’s lacrosse coaches following the conclusion of the regular season.