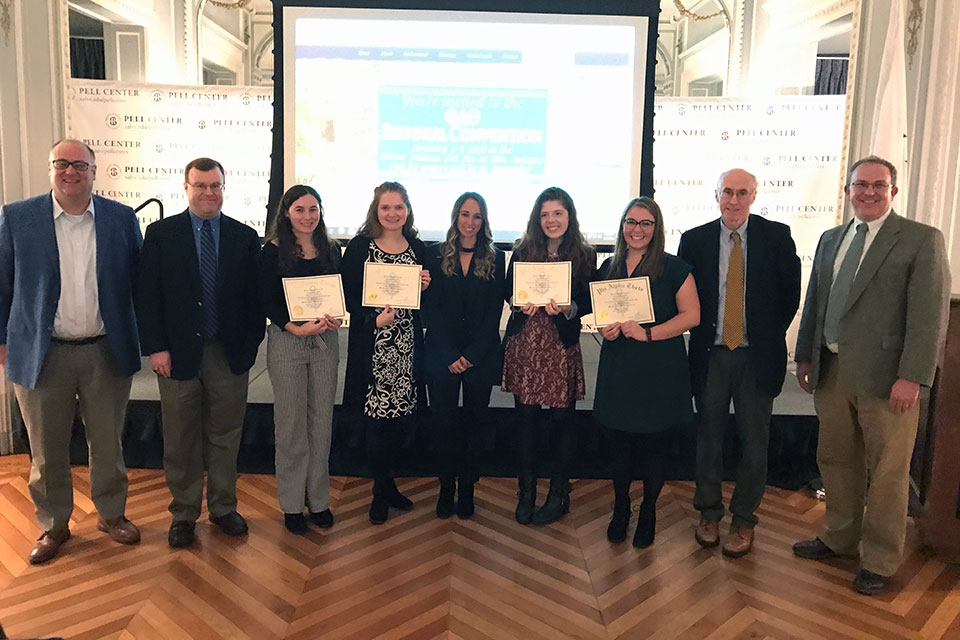 This year’s inductees were:

Luvera, who wrote both her bachelor’s and master’s thesis on topics related to the early 20th-century suffrage movement for U.S. women to get the right to vote, told the four young women being inducted that they should set ambitious goals and work hard to reach them.

Founded in 1921 at the University of Arkansas, Phi Alpha Theta has more than 400,000 members and 970 chapters nationwide. Dr. John Quinn started the Alpha-Kappa-Omega chapter on Salve Regina’s campus in 2003. Since that time, more than 120 history majors have been inducted. To be eligible, students must be seniors in good standing, with a minimum 3.1 GPA in history courses, and be in the top third of their class.