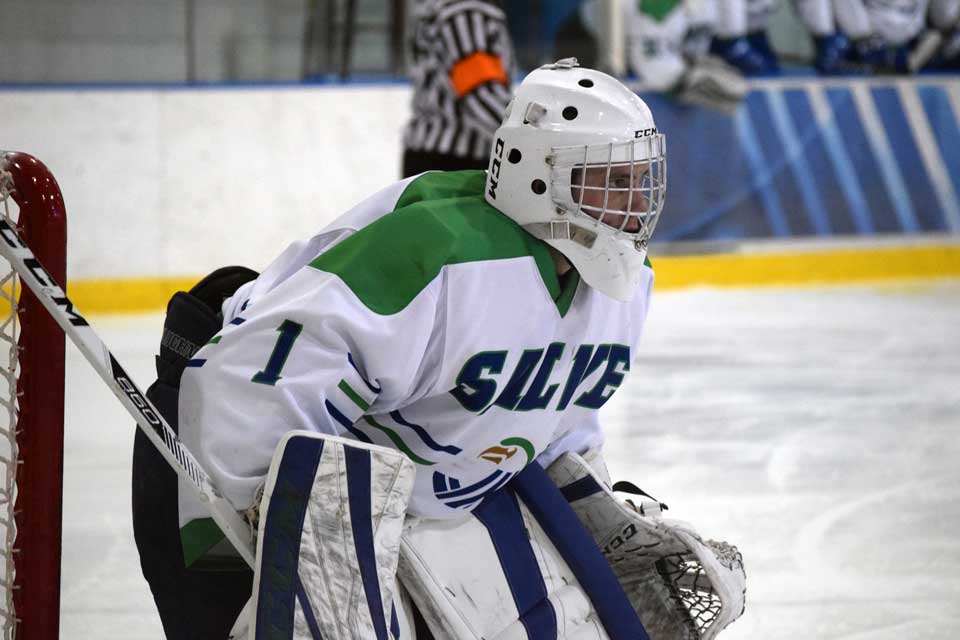 Mikey Spencer ’22 was named rookie of the week after helping the Seahawks to a 2-1 week, averaging 24.3 points per game while shooting over 53 percent from the floor. He opened the week with 17 points and nine rebounds in a loss to the U.S. Coast Guard Academy. He scored 18 in the Cave Classic opener against Bridgewater State University before dropping 38 against Colby-Sawyer College in a 91-82 win, and was named MVP of the tournament.

Paul Boutoussov ’21 was named player of the week after recording his second career hat trick in a 6-3 win over Endicott College to open the home-and-home series. He added a goal and an assist in a 5-1 win over the Gulls in the finale. Two of Boutoussov’s goals came on special teams as he scored one on the power play and one shorthanded.

Blake Wojtala ’19 was named goalie of the week after making a total of 92 saves in Salve Regina’s weekend sweep of Endicott. He made 59 saves in the opener and 33 saves in the finale. Wojtala finished the week with a 2.00 goals-against average and a .958 save percentage.

Salve Regina (4-1-1, 4-1-1 CCC) travels to Skidmore College for a Thanksgiving weekend tournament, beginning with a matchup versus Bryn Athyn College on Saturday, Nov. 24.

Jennifer O’Connell ’19 was named goalie of the week after stopping a season-high 40 shots in Salve Regina’s 1-1 tie with Endicott College. Her lone surrendered goal of the contest came in the second period before she buckled down and turned aside a combined 23 shots in the third period and overtime to preserve the point for the Seahawks.