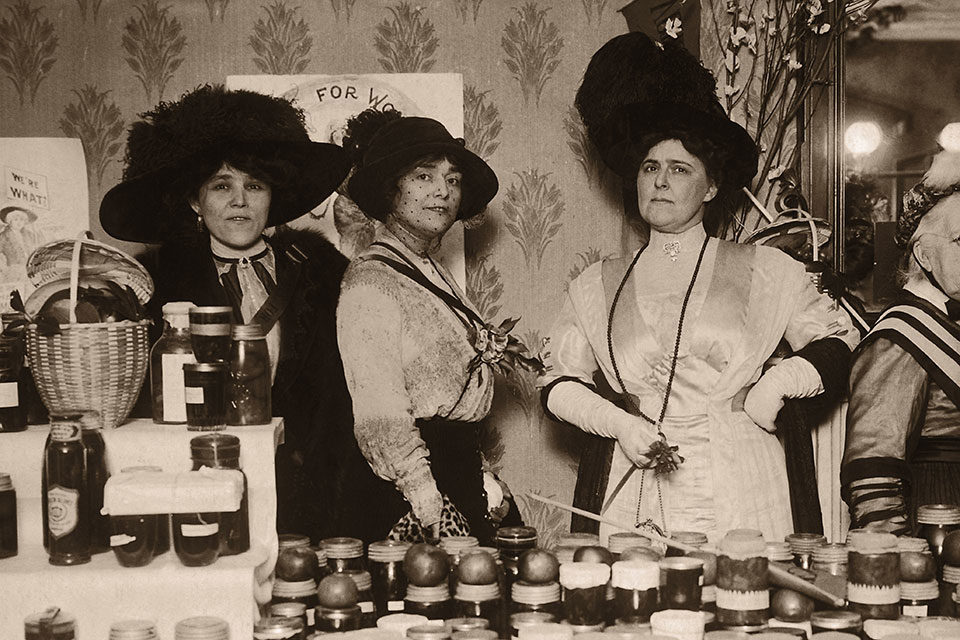 The Pell Center for International Relations and Public Policy and the League of Women Voters, Newport County will host Susan Ware, historian and leading feminist biographer, as she presents “Why They Marched: Celebrating the Centennial of Women’s Suffrage” as part of the Pell Center’s spring lecture series. The lecture will be held on Tuesday, March 3, at 7 p.m. in the Bazarsky Lecture Hall.

In 2020, it’s the 100th anniversary of the 19th Amendment and the founding of the U.S. League of Women Voters, and it’s important to honor those who carry on the fight for equal rights and justice for all today.

The struggle for women’s suffrage raised fundamental questions about women’s roles in politics and modern life, the relationship between citizenship and voting rights and more. But for far too long, the history of how American women won the right to vote has been told as the tale of a few iconic leaders, all white and native-born. As important as the goal of suffrage was, the struggle was always far broader than just the franchise.

“Why They Marched: Celebrating the Centennial of Women’s Suffrage” uncovers a broader and more diverse story waiting to be told, providing a fresh account of one of the most significant moments of political mobilization in American history. And this is all too important in the climate citizens are facing today. Feminism and women’s rights are an ongoing struggle with no clear endpoint in sight, and the women’s suffrage movement is a vital part of that story.

Ware is a pioneer in the field of women’s history and is the author and editor of numerous books on 20th-century U.S. history.  She serves as the general editor of “American National Biography” and is currently the honorary women’s suffrage centennial historian at the Schlesinger Library on the History of Women in America at Harvard University’s Radcliffe Institute for Advanced Study. The Library of America will publish her edited anthology “American Women’s Suffrage: Voices from the Long Struggle for the Vote, 1776-1965” in July. She also serves as a historical consultant to the American Experience documentary “The Vote.”