Kelly named defensive player of the year for men’s soccer 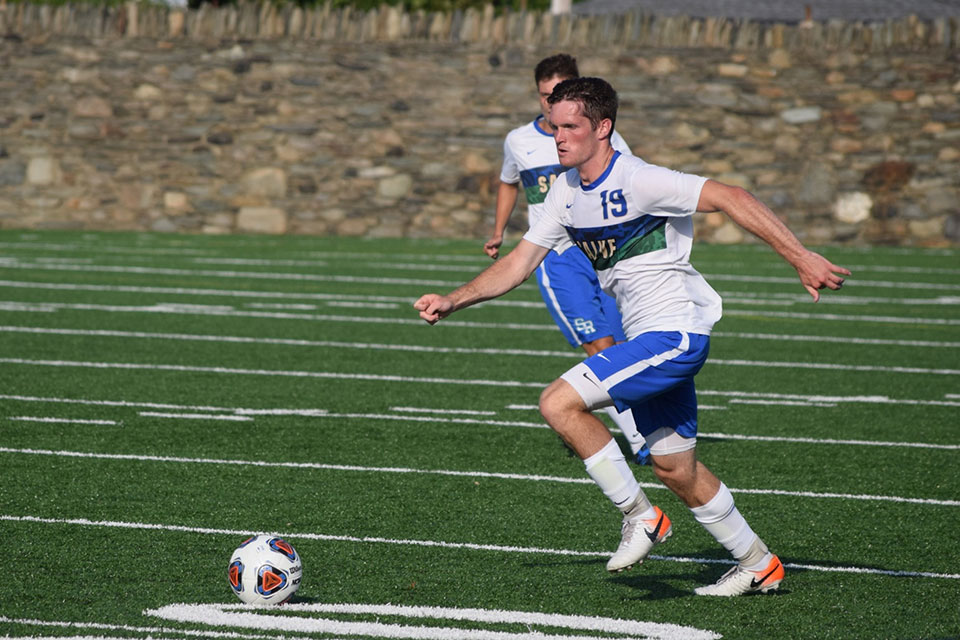 Kelly was a staple in the back line this year, centering a group that finished second in the league in goals-against average. The Seahawks defense allowed less than a goal per game (0.81) this season and posted eight shutouts. Kelly’s defensive group took a lot of the pressure off its goalkeepers this season, as Salve Regina’s net minders faced five or fewer shots in 14 of their 19 contests.

O’Rourke earned his second consecutive coach of the year honor after leading Salve Regina to its second straight regular-season title. The Seahawks went undefeated in league play with a 6-0-2 (12-4-3 overall) record. They featured one of the top offenses in the country, scoring 2.89 goals per game, which currently ranks 18th in all of NCAA Division III.

Joining Kelly on the all-conference teams are:

“Soccer is a team sport that can only be accomplished through the collective work of the group,” O’Rourke said. “But awards like this do permit for the individual abilities and skill set to be acknowledged and celebrated, so I am very happy for each of our eight recipients to be given the all-conference nod.”

The Seahawks will be the No. 1 seed in the upcoming conference championship tournament. They will host either No. 4 Western New England University or No. 5 Nichols College on Tuesday, Nov. 5 at Toppa Field.