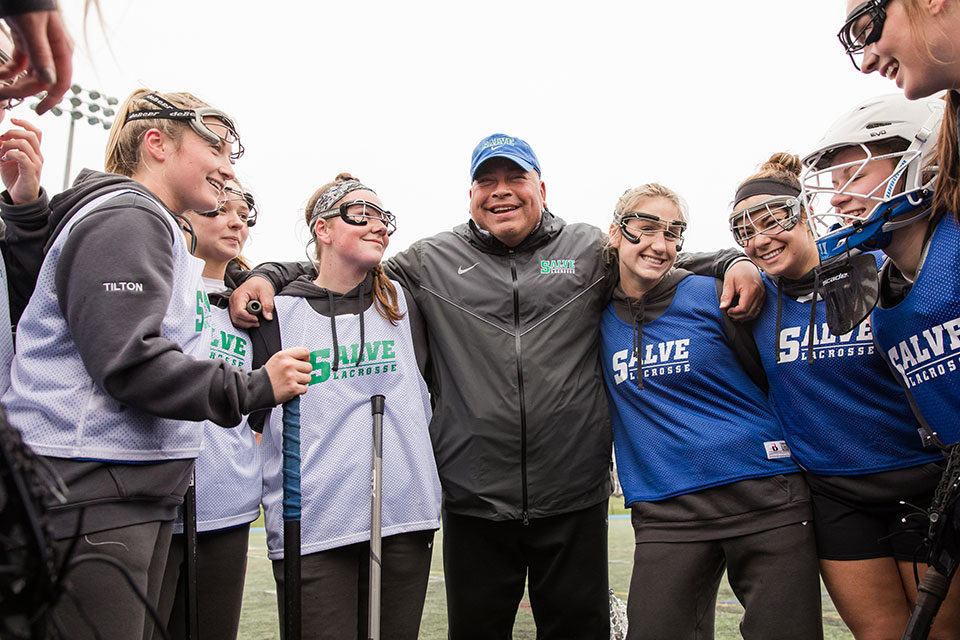 Salve Regina women’s lacrosse head coach Bill Villareal, who is entering his sixth season at the helm of the Seahawks, is very excited to announce the team captains for the 2020 season. Each year, the team selects senior and junior team captains to lead the team through each season.

“I’m very excited for the 2020 women’s lacrosse season,” said Villareal.  “These student-athletes have worked extremely hard and have the experience to confidently lead this team through the 2020 season. These players are ready to get the 2020 season going!”

Attackman Maddie Villareal ’20 was selected as a senior team captain following her selection as the 2019 junior team captain. Along with being a highly respected nursing major and an All-CCC and Academic All-CCC selection, this talented attack player has a relentless work ethic. She’s quickly approaching her 200th college career point.

Defender Gabrielle Majenski ’20 was selected as a senior team captain. An All-CCC and Academic All-CCC selection, Majenski is an elementary education major who is a solid lockdown defender and takes a lot of pride in leading her team in defense.

Attackman Stefanie Salisbury ’20 was also selected as a senior team captain. An extremely hard worker on the offensive side of the field, this administrative of justice major is a very positive role model for her team and is ready for the 2020 season.

Attackman Kaity Doherty ’21 was selected as a junior team captain. Kaity is a marketing and business administration major. She is an All-CCC and Academic All-CCC selection who is quickly rising as an offensive threat.

Salve Regina starts its season on Feb. 25 with a home matchup against Eastern Connecticut State.