McLaughlin named rookie of the year for women’s soccer 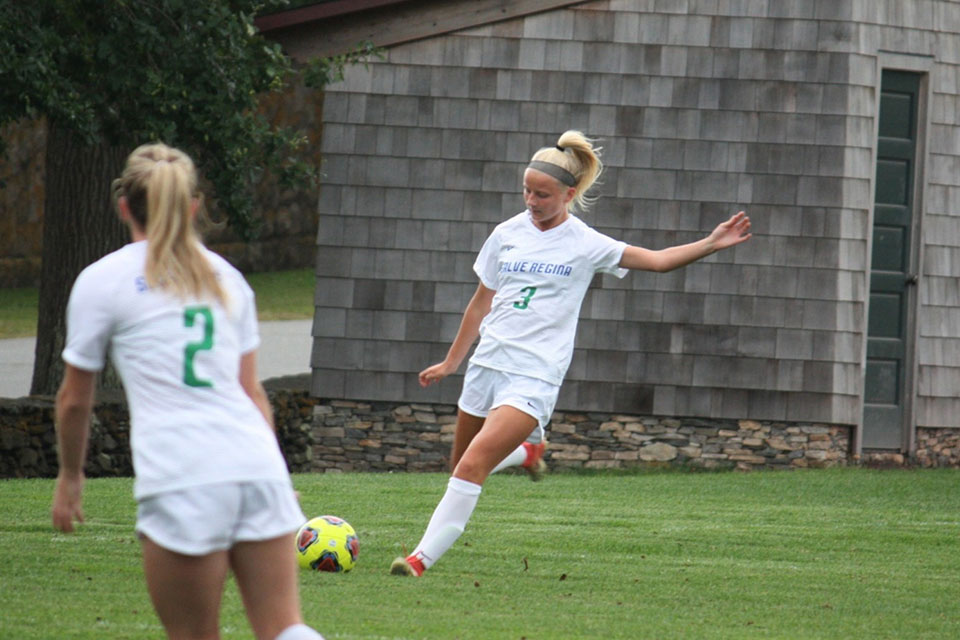 Forward Meagan McLaughlin ’23 has been named rookie of the year and third team all-conference for women’s soccer by the Commonwealth Coast Conference.

McLaughlin slid right into the starting lineup during her freshman campaign, making an immediate impact as Salve Regina’s leading scorer in both goals (8) and points (20). She also had a team-high four assists. Her biggest game of the season came in a conference victory over Nichols College, in which she had the first multi-goal game of her career and added an assist for a total of five points.

Joining McLaughlin on the all-conference teams are:

The Seahawks were defeated by the University of New England 2-0 last Saturday in the opening round of the conference championship, finishing their season 9-11 overall and 4-3 in conference play.