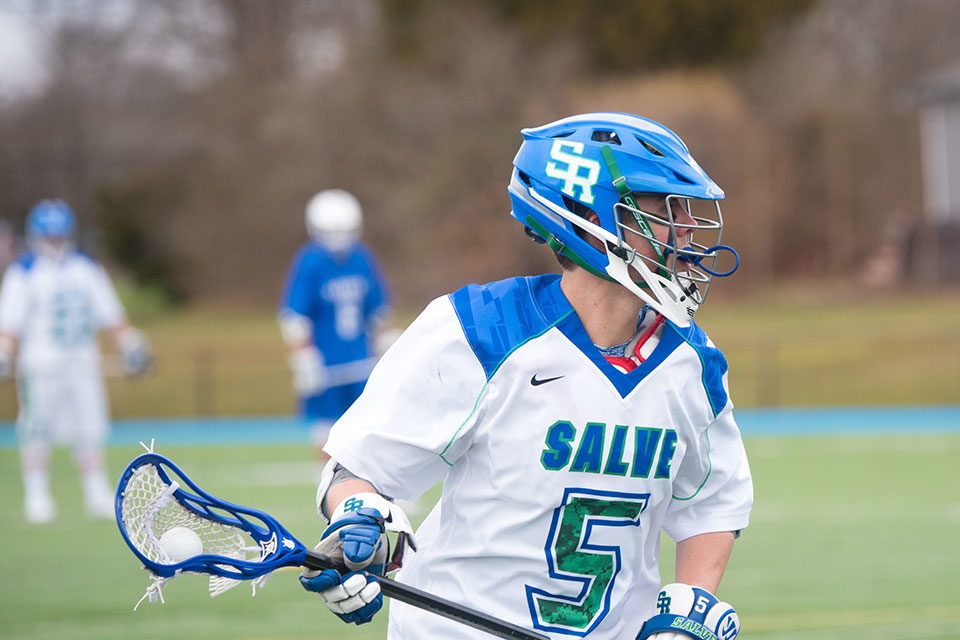 “Ethan, Pat, and Chris have distinguished themselves on the field and in the greater Salve community,” said Cooney. “We have come to respect their responsible approach to leadership and command. We will rely on their respective talents during the 2020 season. I have tremendous confidence in their abilities and look forward to seeing them compete against a challenging schedule.”

Robson, a senior midfielder, will graduate this May with a bachelor’s degree in financial management. Voted tri-captain for the 2019 season, Robson has been a multi-year member of the Student Athlete Advisory Committee (SAAC) and was selected third team as an All-CCC midfielder in 2018 as a sophomore. A terrific two-way midfielder, Robson has appeared in 47 games the last three years scoring 54 goals and handing out 24 assists.

Leary, a junior attackman, is working toward a bachelor’s degree in administration of justice. Leary has been a multi-year member of SAAC. He was selected as a third team All-CCC attack in 2019, and Leary was awarded the CCC Rookie of the Year, as well as first team All-CCC in 2018. Leary’s sister, Meghan Leary, is a 2014 Salve Regina graduate.

Sheehan, a junior midfielder, is working toward a bachelor’s degree in financial management. Sheehan has made the Dean’s List twice. Chris is also a CCC All-Academic team member, and he’s appeared in 31 games the last two years. A dynamic defensive midfielder, Sheehan has registered 68 career ground balls, and his brother, Michael Sheehan, was a 2018 Salve Regina graduate and men’s lacrosse team captain in both 2017 and 2018.

Robson, Leary, Sheehan and the rest of Seahawks will kick off the 2020 season at Clark University on Feb. 15 at 1 p.m.