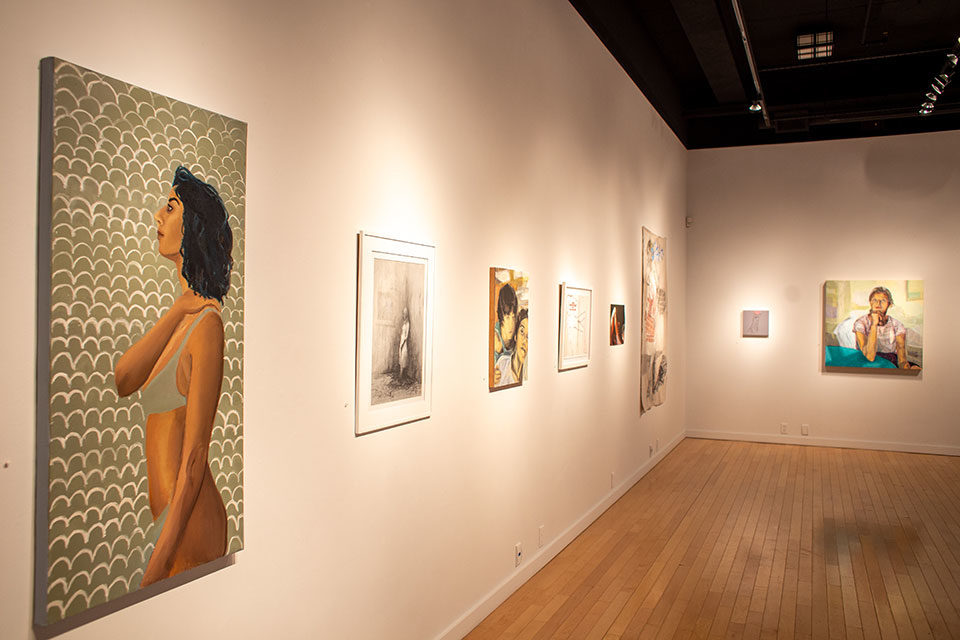 In celebration of the centennial anniversary of women’s suffrage and the 19th Amendment in the U.S., the Department of Art and Art History’s Dorrance H. Hamilton Gallery is pleased to announce the opening of the group exhibition “Suffrage and Struggle: Feminist Art and the 19th Amendment Centennial.” The exhibit will be open from March 5 to April 5, and there is a gallery reception on Thursday, March 5, from 5-7 p.m. that the campus community and general public are invited to attend.

Dr. Anthony F. Mangieri, associate professor and chairman of the Art and Art History Department, and Ernest Jolicoeur, assistant professor of art and gallery director of the Hamilton Gallery, have been particularly excited to bring this art exhibit featuring numerous women’s voices to Salve Regina.

“It’s timely, and it celebrates an issue that’s of deep concern to our mission at the University,” said Jolicoeur. “So essentially, it’s a … regional celebration of women’s empowerment.” 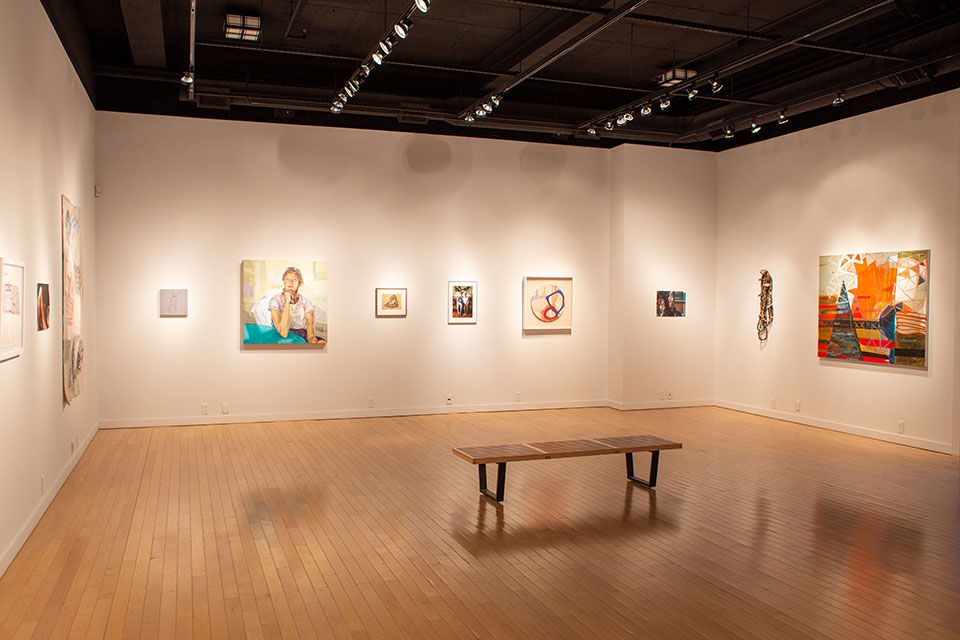 All of the pieces are creative accomplishments of visual artists working in the New England and New York area whose work explores the complex place of women in society. The exhibit was curated by Jan Howard, chief curator and Houghton P. Metcalf Jr. curator of prints, drawings and photographs at the Rhode Island School of Design (RISD) Museum for 20 years. Prior to that, she spent 14 years as a curator in the Department of Prints, Drawings and Photographs at the Baltimore Museum of Art.

While the exhibition aims to commend the achievements of women’s rights, at the same time it acknowledges that the struggle is far from over. Some of the artists shared words about their artwork beforehand, and their words along with their art are displayed below. 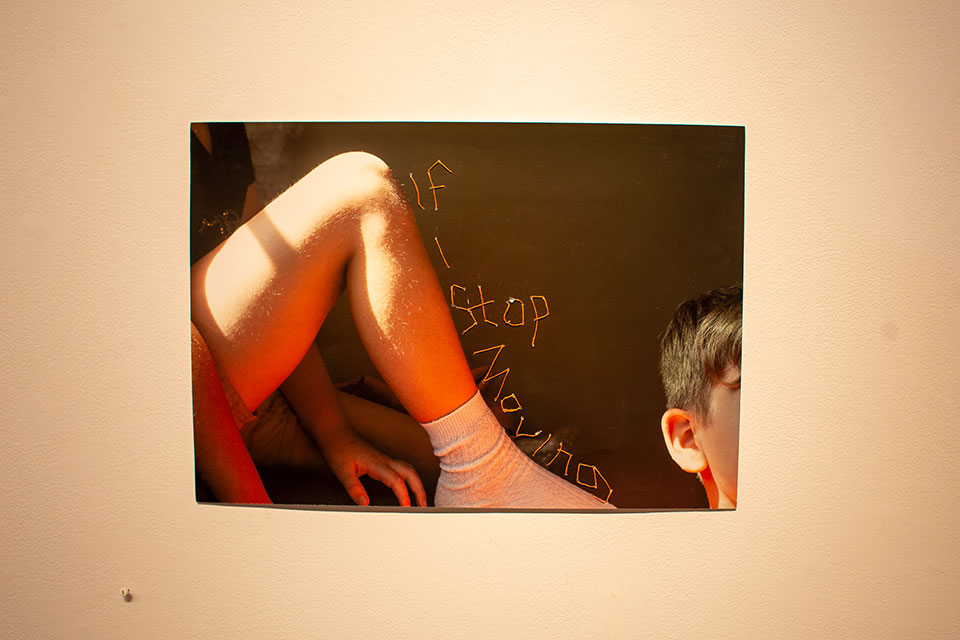 Amber Peck: “Through images of my children, I speak about being a mother. I photograph them with the closeness and affection of one who knows them and is curious about them. Within the gestures and formal elements, I see ​myself​. And I’m often prompted to express my point of view further through digital or physical interventions. I sometimes cut, paint, layer and sew text into the printed photograph. The repetition in my imagery and processes speak to the recurring tasks, conversations and frustrations of caring for my four children. Each step allows me to process feelings about motherhood and myself.” 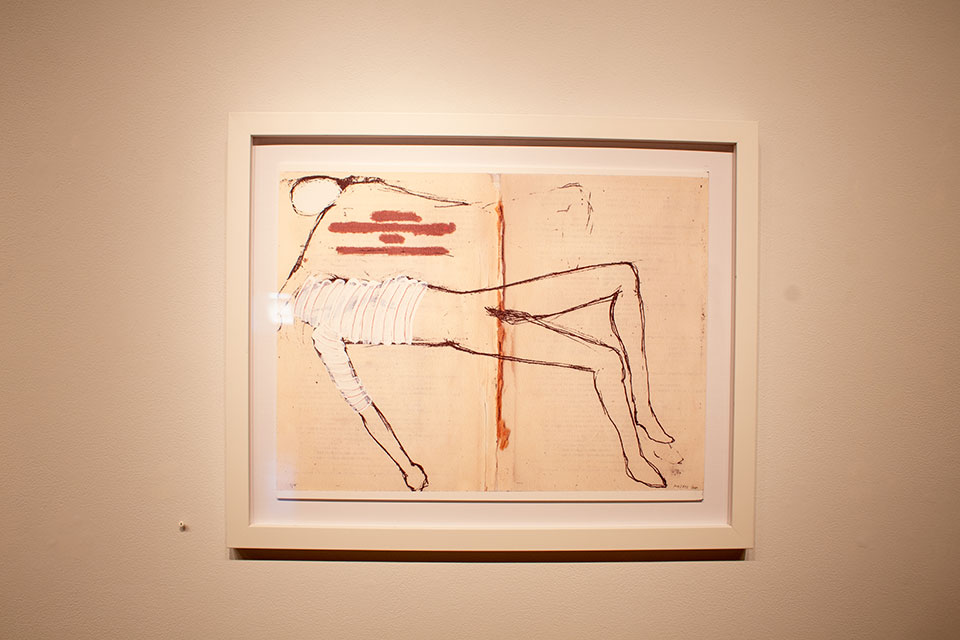 Amy Bassin: “The drawings of the prostrate nude women represent how women were/are cut off from their identities. Without a head, there is no pain of suffering the abusive denial of a distinctly feminine identity. Above the headless woman are her redacted words that are censored and obscured by a hostile and threatened patriarchal culture.” 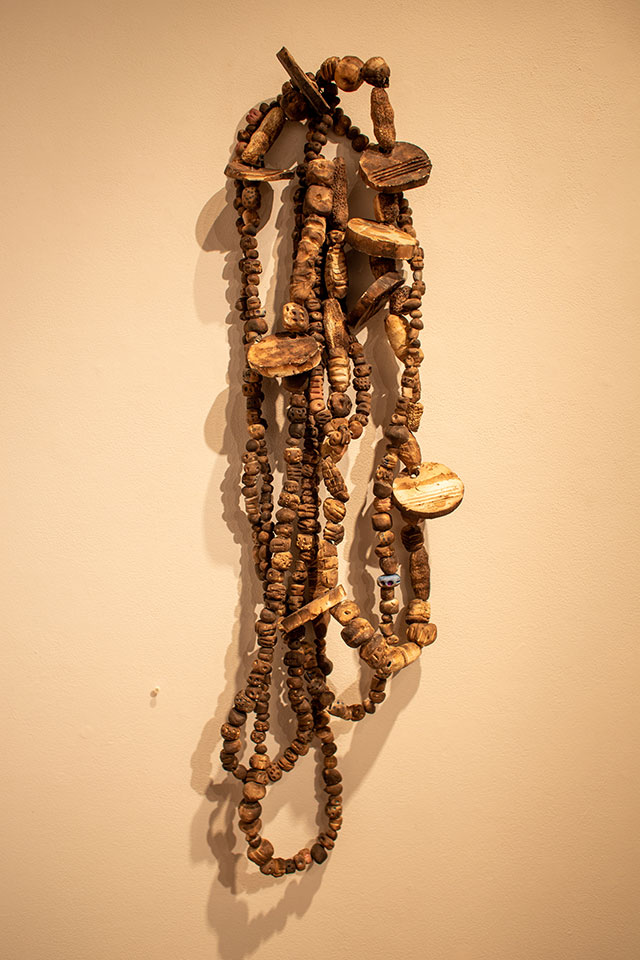 Ingrid Butterer: “As a single working mother of two boys, I have scraped by economically, dealt with misogynistic police, racist social services, a sexist legal system and endured physical and emotional abuse. Each counting bead on ‘Mother’s Abacus’ is crafted with those experiences in mind through clay. Clay: our universal mother earth — the origin of us all and the substance of the human body. It is the material from which we emerge, transform and return to continuously. Each bead is also born from the deep worry, endless tasks, sleepless sorrow, suffering, pride and joy of what I and many other women know, threaded onto metal into an endless loop of reckoning. ‘Mother’s Abacus’ makes visible a struggle that is invisible to some but known by many. It echoes visually and metaphorically women’s power, our capacity to endure and persist.” 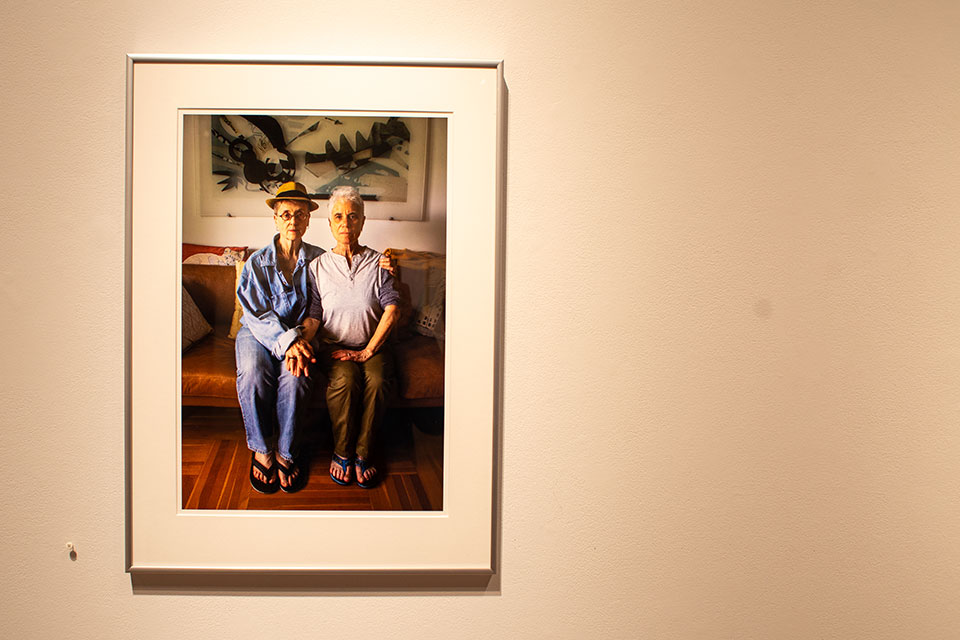 Joan L. Brown: “Women born between 1945 and 1964 were the first generation to expect that they could “have it all”: equality, family, careers, health and prosperity. Now, they face challenges brought on by the demands of growing older while continuing to enjoy those same meaningful and evolved lives.” 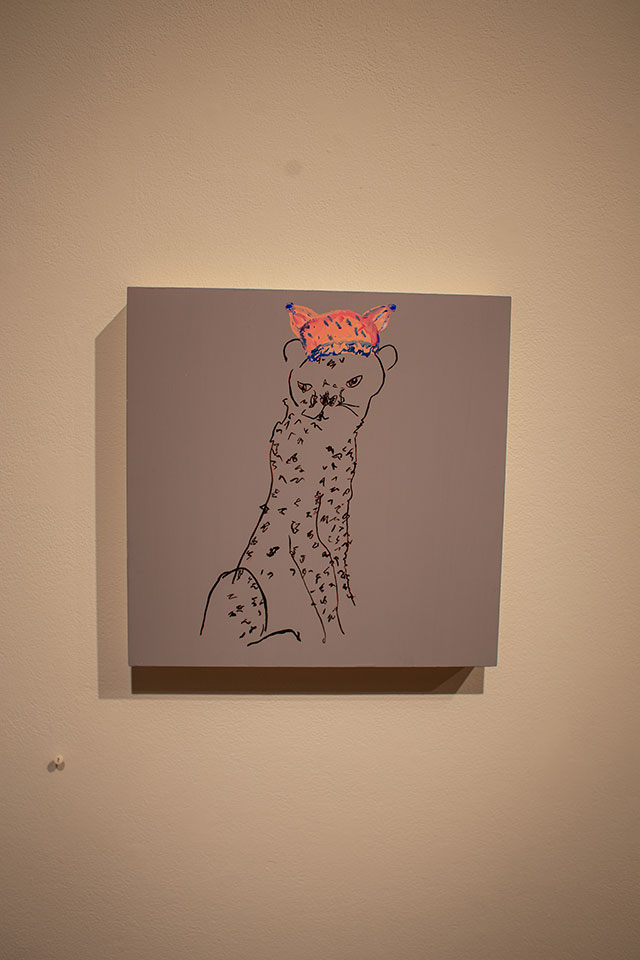 Roberta Paul: “The pink hats seen everywhere on January 20th, 2017, will remain with us forever. Worn by thousands of women marching across the world, the hats marked the emergence of a new movement. Pink Hat Cat is my personal response to the symbolism of the hat. The pink hat sits atop a cheetah, an animal that entered into my work as a recurring theme 8 years ago. The cheetah represents strength and dignity for me, and Everywoman.”

The Dorrance H. Hamilton Gallery is located in the Antone Academic Center on the campus of Salve Regina. It is handicap accessible with parking along Lawrence and Leroy Avenues. Its exhibits are open Tuesdays and Thursdays 11:00 to 6:00 p.m., Wednesdays and Fridays 11:00 to 5:00 p.m., and Saturdays and Sundays noon to 4:00 p.m. The gallery is closed on Mondays.