Owen, Simoniello and Stanley named captains for track and field 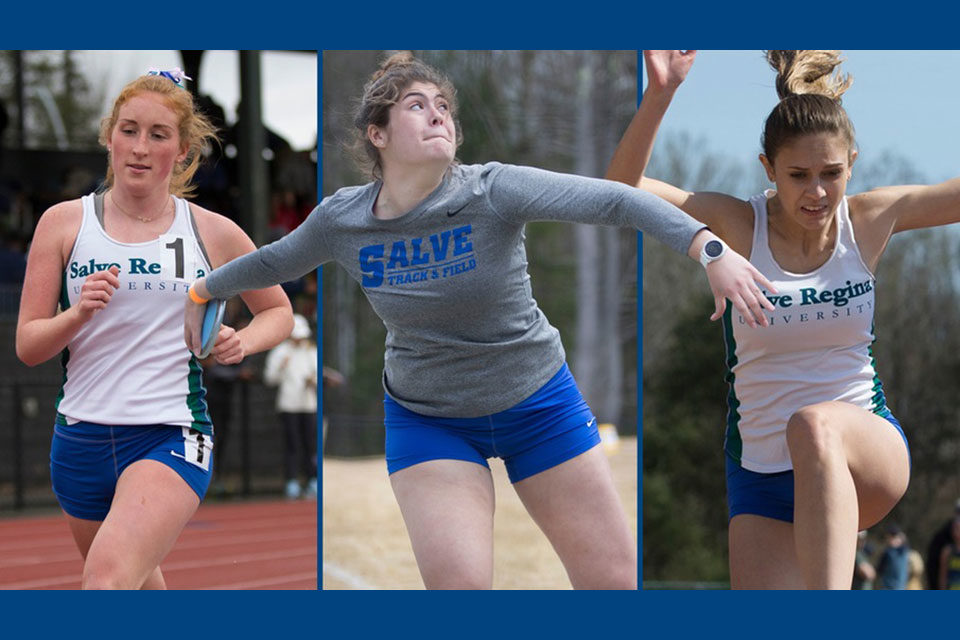 “The team has chosen three outstanding teammates to lead them this season,” Hird said. “They have all demonstrated exceptional athletic citizenship in addition to excelling athletically.”

A two-time New England Division III championship qualifier in the 10,000 meters, Owen ranks seventh all-time in that event for the Seahawks. “I have never seen Olivia run a bad race,” Hird said. “She just keeps pushing whatever the circumstances. Last year she qualified for the New England championships in a weak field and had to push the last five miles by herself, without any help. She is relentless.”

A discus specialist, Simoniello has been the Commonwealth Coast Conference champion in that event for the last three years. “She is a wonderful combination of intensity, analytical ability and focus in the circle and joyfulness and fun away from it,” said throws coach Robyn McFetters. “What a great competitor and teammate.”

Stanley is a three-time New England Division III qualifier in the triple jump. She has been the conference champion in both the 100 and 200 meters and has contributed to the champion 4×100 and 4×400 meter relays. “Maddie is a ferocious competitor,” Hird said. “She is the first to practice and the last to leave. She is hugely invested in her events and is unsparing in her analysis of her efforts.”