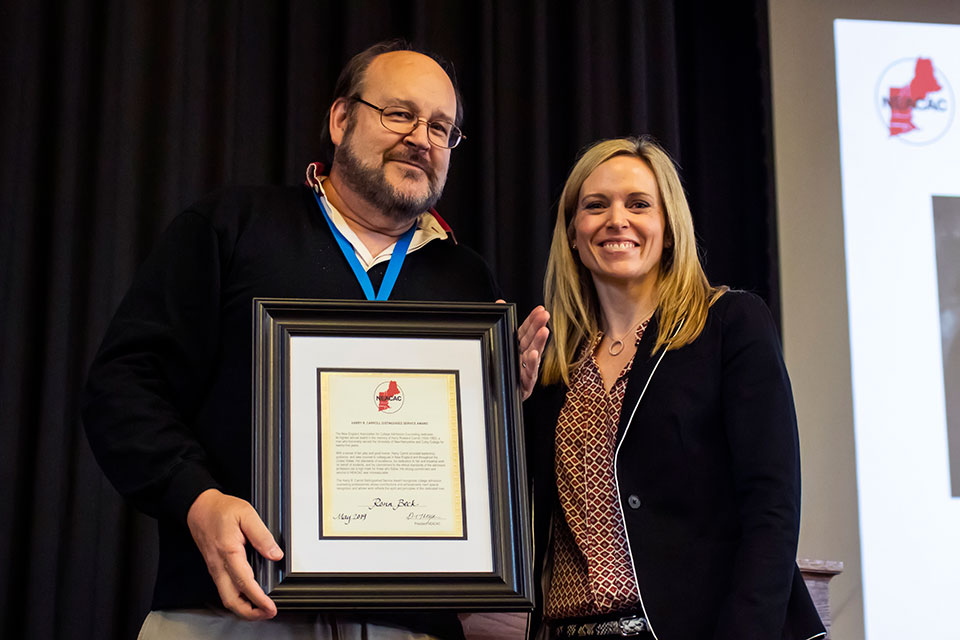 The association’s highest honor, the award recognizes college admission counseling professionals whose contributions and achievements merit special recognition. Jim Fowler, vice president for enrollment management, introduced Beck as “tremendously knowledgeable and extraordinarily giving; an expert in many aspects of college admissions, a teacher, a mentor, a conscience and a friend to many not just here in New England, but the world over.”

Over the years, Beck has visited schools and college counselors in more than 50 countries on five continents. He has been a pioneer in the regionally-based recruitment model and consulted for universities on both sides of the Atlantic. He has also presented at dozens of conferences, produced award-winning admissions publications, worked as a college counselor overseas and helped lead the first group of U.S. university admission counselors to China.

“I am honored to have received this special recognition from NEACAC,” Beck said. “I have known – and know – many of the previous Harry Carroll recipients and am humbled to now be counted among them.”

Beck is a past governing board and executive board member of NEACAC and has served on several committees of the National Association for College Admission Counseling. He is currently on the faculty for the College Board’s Summer Institute for International Admissions, the BAA’s Boston Marathon “Vol of Fame” and chairs the Study Rhode Island international recruitment consortium.