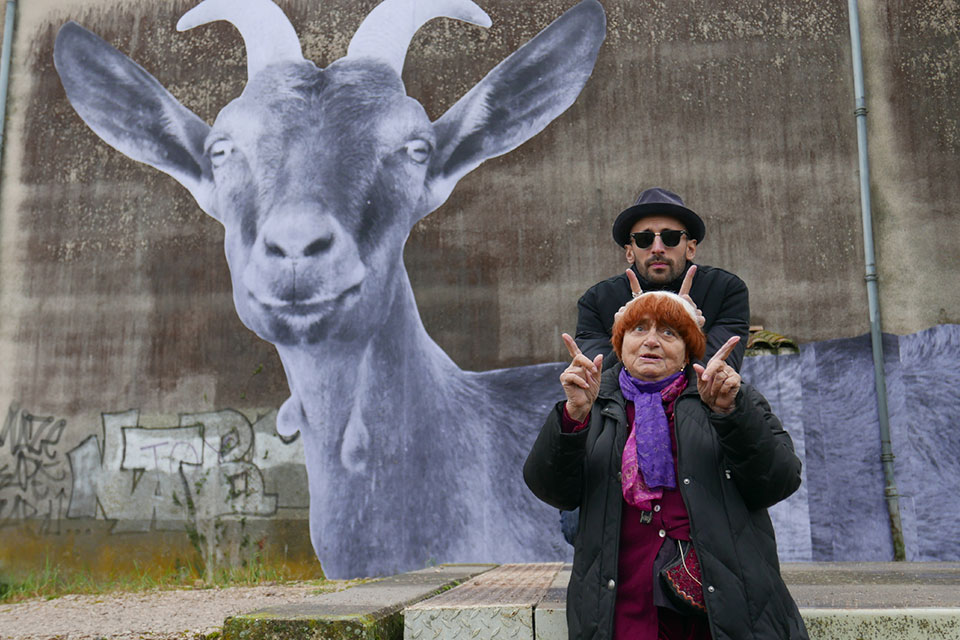 Six French films ranging from the serious to the slapstick, and grappling with issues of love, aging, gender, alienation and political extremism, will be featured when Salve Regina presents its annual French Film Festival March 17-28.

The six films include a classic by Jean Renoir, a contemporary African film, a documentary and an animated movie based on a series of popular comic books, as well as two serious French films by highly acclaimed contemporary directors Claire Denis and Laurent Cantet. All films are open to the public and will be screened in the Bazarsky Lecture Hall.

An opening night wine and cheese reception will be held Sunday, March 17 after the 4 p.m. screening of “Un beau soleil interieur/Let the Sunshine In.”

Festival passes to all films and events are $35. Sunday films with receptions are $15, weeknight films are $10. To avoid lines at the door, patrons are encouraged to buy a festival pass online. For questions about online ticketing, call (401) 341-2197. For general festival information, email frenchfilmfestival@salve.edu.

The following films will be featured during the festival:

Claire Denis, among the best loved and most influential French filmmakers of the last 30 years, teams with Christine Angot, one of the leading French novelists and public intellectuals of our era, to tell the story of Isabelle, a 50-something Parisian artist played by the great Juliette Binoche. Through the elliptical tale of Isabelle’s successive relationships with a variety of egotistical if not downright oafish men, Denis pulls off a surprising balancing act between the melancholy truths of ageism, sexism and class relations in contemporary France and a light, occasionally fanciful comic touch (Gerard Depardieu’s appearance as a psychic is one for the history books). Driven by Binoche’s masterful performance, “Let the Sunshine In” takes the perspective of a woman in late middle age to give a timely report on the battle of the sexes, hinting at the more general malaise hanging over French society today.

One of the liveliest films from French cinema’s abiding master, “The Crime of Monsieur Lange” starts with a couple arriving at an inn on the French border with instructions to escape to Belgium the next morning. The innkeeper and his clients soon identify the man as the wanted murderer Monsieur Lange; while he sleeps peacefully, his companion Valentine throws herself upon their mercy by telling the story of his relationship with their employer Batala, a crooked publisher who abused his employees and creditors. In a single long flashback, we learn of Batala’s mysterious disappearance and witness his publishing company turn into a thriving cooperative in which every worker has a say. For a time, a small utopia takes root around the Paris courtyard where the printing presses run and Lange and Valentine fall in love. Until Batala reappears.

With “Faces, Places,” 89-year-old powerhouse Agnes Varda teams with the world-famous young street artist JR to make a film as wide-ranging as it is personal, as fanciful as it is pointed. Setting off on French country roads to find subjects for JR’s trademark mural-size portrait photographs, the two artists focus on people generally outside of the spotlight: retired miners, factory workers, the wives of dockers and farmers. Each encounter fills in another piece of an idiosyncratic portrait of modern-day France, as well as the evolving relationship between open-hearted Varda and mysterious JR. The give-and take between Varda and JR plays out in a fascinating through-line devoted to Jean-Luc Godard, Varda’s old friend. But make no mistake: while the film is credited to both artists, Varda is definitely calling the shots. Her montage is allusive, playful, rapid-fire, occasionally jarring – in short, totally in keeping with her singular way of thinking.

Olivia, a successful Parisian novelist, has been hired to spend the summer in La Ciotat, teaching a writing workshop for a diverse group of young people whose only common denominator is that they are unemployed. Among them are an emancipated but religious Muslim woman, students proud of their region’s strong but declining history of labor movements, recent immigrants, hedonists focused on the next party, and Antoine, a confrontational young man with affiliations to extreme right-wing groups. Through class discussions and the conflicts that ensue, writer-director Laurent Cantet presents an unflinching look at the delicate integration of conflicting religious and cultural beliefs in a period plagued by the threat of terrorism. And as Olivia attempts to understand what brought Antoine to embrace a reprehensible ideology, “The Workshop” builds into a breathtaking thriller that deftly avoids formulaic answers to provide startling insight into a situation that applies far beyond France.

Félicité is a nightclub singer in Kinshasa who lives with her teenage son Samo. When Samo severely injures himself in a motorcycle accident, Félicité must find a way to raise the money to pay for an operation or allow her son’s leg to be amputated. The originality and power of French-Senegalese director Alain Gomis’s fourth feature lies in the way it transcends this simple against-the-clock narrative to create a shifting, complex portrait of the struggles, joys and imagination of a modern-day heroine. Filming in the Democratic Republic of Congo, Gomis confirms the tremendous promise of his earlier films, walking a porous line between dream and waking life, magic and bureaucracy, observation and fantasy, that at its best suggests a new cinematic language. Alive with the diverse sounds of various Kinshasa musicians, “Félicité” is a deep dive into the days and nights of a city by turns nightmarish and surprisingly radiant.

Adapted from an acclaimed series of comic books, “The Big Bad Fox and Other Tales” is a delightful animated film consisting of three stories featuring a recurring cast of hapless farm animals. The first story features the adventures of a rabbit, a pig and a duck who take over for the stork when she gets sick and try to bring a human baby to its parents. This is followed by the story of the fearful fox who is so bad at being a predator that he winds up protecting three chickadees from a wolf. The final story finds the rabbit and the duck attempting to deliver presents on Christmas Eve after they destroy a plastic Santa Claus and become convinced they’ve killed the real one. Combining an infectious warmth and a surprising slapstick sensibility, “The Big Bad Fox” is a treat for the whole family.