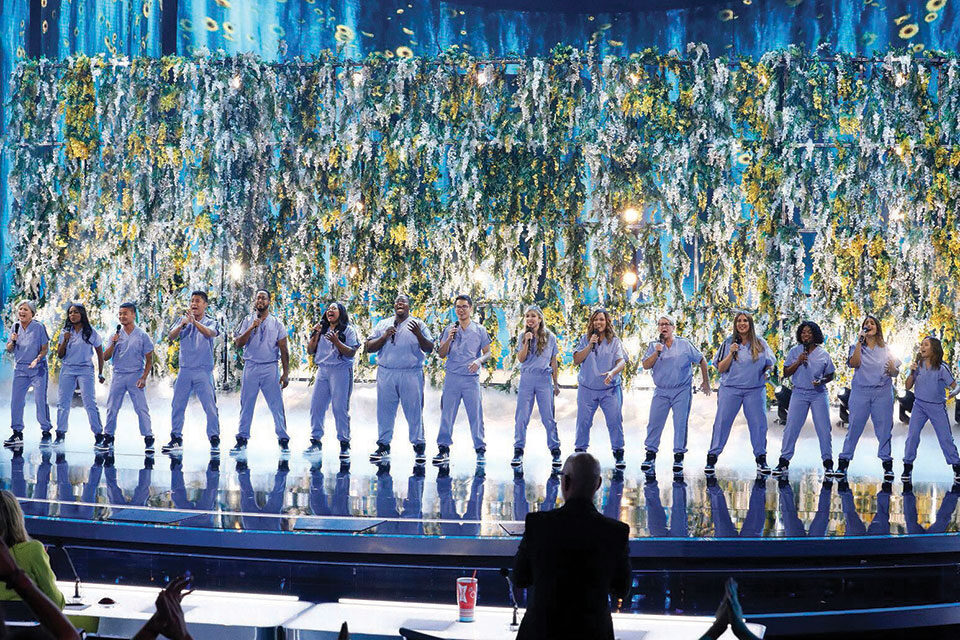 Working as a medical professional in the wake of COVID-19 is a heroic vocation that has been honored and celebrated over the past two years, but not enough attention has been paid to the mental health of these strong workers.

Salve Regina’s own Lisa Kennedy ’78 has been through the hardship of being a nurse during the global pandemic. She is working hard to remain positive and to encourage other nurses and healthcare workers to do the same, with the Northwell Nurses Choir, one of the finalists on last season’s “America’s Got Talent.”

Kennedy’s decision to study nursing was influenced by her mother’s work as a nurse in World War II. She enjoyed her time at Salve, where she learned invaluable lessons and met lifelong friends.

“I made friends for life in Miley that I still get together with to this day,” said Kennedy. 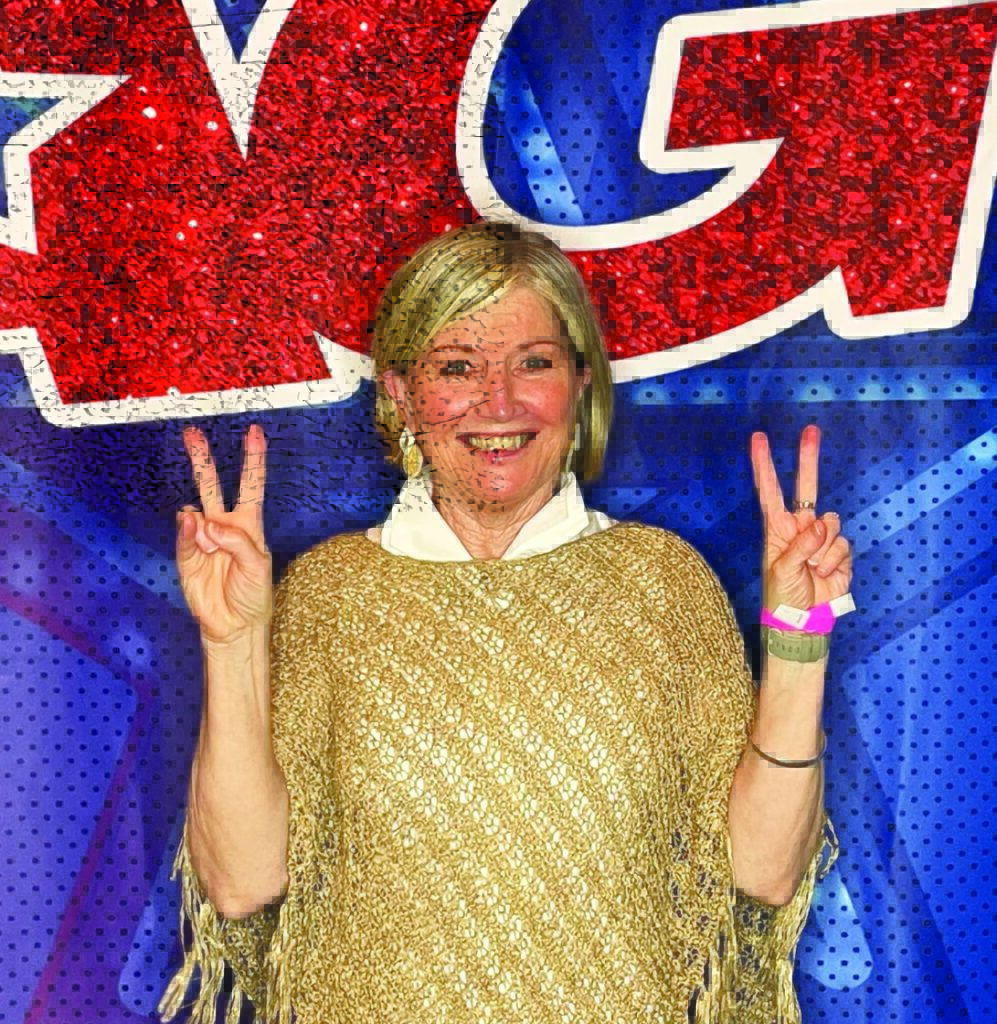 Even though the campus experience was different in the ’70s, the nursing program was just as challenging as it is today. Kennedy recalls her clinicals and lectures with Sister Mary Brenda, who taught anatomy at the time, and the other professors in the program who helped her to become a well-rounded nurse by emphasizing the importance of empathy and compassion in addition to the science behind the vocation. They also taught her the value of hard work.

“If you work hard you can achieve anything,” said Kennedy, who also learned that “…you can have fun too, and that is the balance I have tried to continue to achieve in my life.”

A lifelong passion working as a nurse

After graduation, Kennedy left for University of Virginia (UVA), where she attended a six-week orientation program for nursing graduates to help strengthen clinical skills in order to make the transition from nursing school to working as a registered nurse as smooth as possible. She ended up staying for a year. She enjoyed the program as she was able to work her schedule around having children.

After her work at UVA, Kennedy spent some time working in an ICU unit, and then she became a certified lactation consultant — a position that she has been passionate about for the past 20 years. Kennedy explains that mothering is very important to her, and she finds fulfillment and enjoyment in helping women become mothers.

“In our society some women have never experienced being around a newborn,” she explained. “Being a mother is one of the biggest things you will do in your life.”

During the pandemic, new mothers had a difficult time when they came into the hospital for their delivery and were not allowed to have visitors. Usually mothers, grandmothers and other seasoned moms would help out, but for the safety of the baby and the visitors themselves, this was not permitted. Instead, nurses like Kennedy would step in to help new mothers adjust. She conducted many consultations via Zoom, guiding and supporting new moms throughout the pandemic.

“I get to work with mothers and babies every day,” says Kennedy enthusiastically. “People from all walks of life, new and experienced mothers from different socioeconomic backgrounds – becoming a mother levels the field. To help women embrace the power they have to nourish their infant by breastfeeding and help them transition into their roles as mothers with confidence is the greatest gift ever.”

On America’s Got Talent 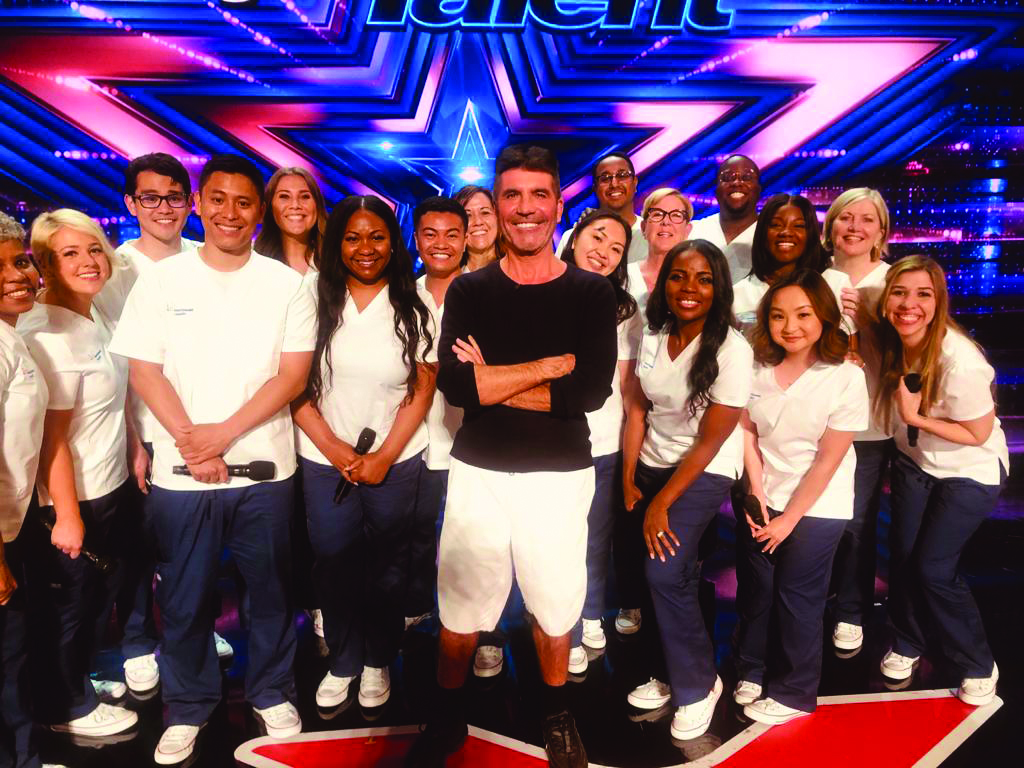 The nurses pose with Simon Cowell during “America’s Got Talent.”

The pandemic was an extremely stressful and disheartening time for nurses and those who work as medical professionals and New York-based Northwell Health started a fundraiser in November 2020 to help raise their spirits. Out of 250 nurses who originally auditioned as part of the event, which was a Memorial Day tribute to veterans and healthcare workers, Kennedy was one of the first 50 to make the cut.

The performance caught the attention of talent scouts for “America’s Got Talent,” and the choir was asked to audition for the show. Kennedy made the second cut, as 18 nurses were chosen to appear on the show with the choir. All of the nurses were from the Northwell Health system, which is one of the biggest healthcare organizations in the state, but none were from the same department or hospital.

“We never met each other before March [2021] and only practiced around six times before we auditioned,” Kennedy says.

Despite their quick formation and brief practice period, the choir quickly meshed and ended up being one of the top 10 acts of the season. Music has always been uplifting for Kennedy, and with the choir, her goal was to create music to inspire healthcare workers and remind people, including the nursing community, that they are resilient.

“It was such an incredible experience,” says Kennedy. “I feel that we helped bring light into a very dark time in our history.”

With her participation on the show as part of the choir and the wide audience they were able to reach, Kennedy hopes to remind nurses that they have passions inside them that bring them joy outside of nursing, and that such things can help them find hope through any hardship they may experience through their work.

“As nurses we are the beacons of light,” says Kennedy. “People understand that the nurse is the person who is their advocate. I always tell my mothers that they have a superpower… they make milk for their infants. As nurses we have a superpower, too… and that is to inspire hope. We are human, but when we don our scrubs or uniforms, we put on the armor we need to fight for all our patients. And when we get overwhelmed, singing can bring us comfort and joy.”

Editor’s note: This article was published in Report from Newport’s 2021 spring edition. Parts of this article have been edited from its original form.