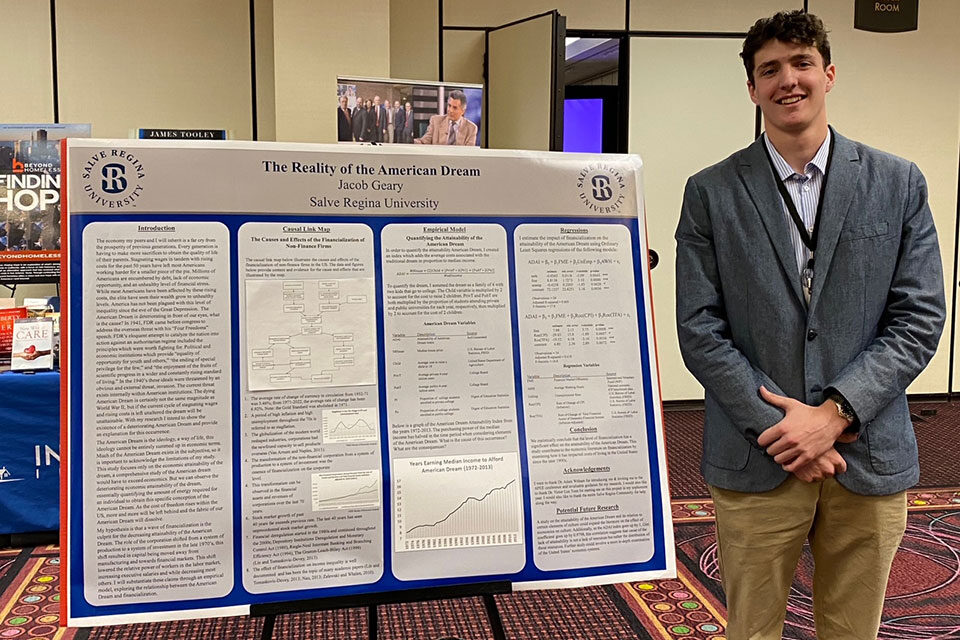 Jacob Geary ’23, an economics major, was one of 28 undergraduate students from across the globe who was selected to present at the 46th Meeting of the Association for Private Enterprise Education (APEE) in 2022 in Las Vegas, Nevada. During the conference, he presented a paper entitled “The Reality of the American Dream.”

Originally from Mystic, Connecticut, Geary said that he came in as a business administration major but switched to economics because he was enjoying the classes so much. Presenting at a conference was an experience that could’ve never happened without his professors at Salve Regina — especially Dr. Adam Witham, assistant professor in the Department of Business and Economics.

“One day after class, I went up to Dr. Witham and expressed my interest about maybe going to grad school for economics,” Geary described. “He said, ‘If you’re interested in grad school, this conference should be a nice place to go, because you can see what it’s like, you can meet with other people that have done it and directors of graduate school programs.’”

Geary submitted his paper “The Reality of the American Dream” to the conference, and it was accepted. The paper was about wealth and income inequality in America and how the growing income inequality of the last 50 years has made it much more difficult to achieve the standard idea of the quintessential American dream.

“I created an economic model that sort of tracked it over time and made it easier to understand from an economic standpoint how the reality and the lives of most Americans are changing over the last 50 years,” explained Geary.

Geary also presented his paper to a room full of conference attendees from around the country. During the conference, he was able to talk to other undergraduate students, as well as professionals in the field of economics and representatives from graduate schools. He is actively pursuing the idea of going to graduate school for economics, but he hasn’t made up his mind where yet.

“It was a great experience, just getting to meet all the people who have been doing the thing that I’m considering doing,” said Geary. 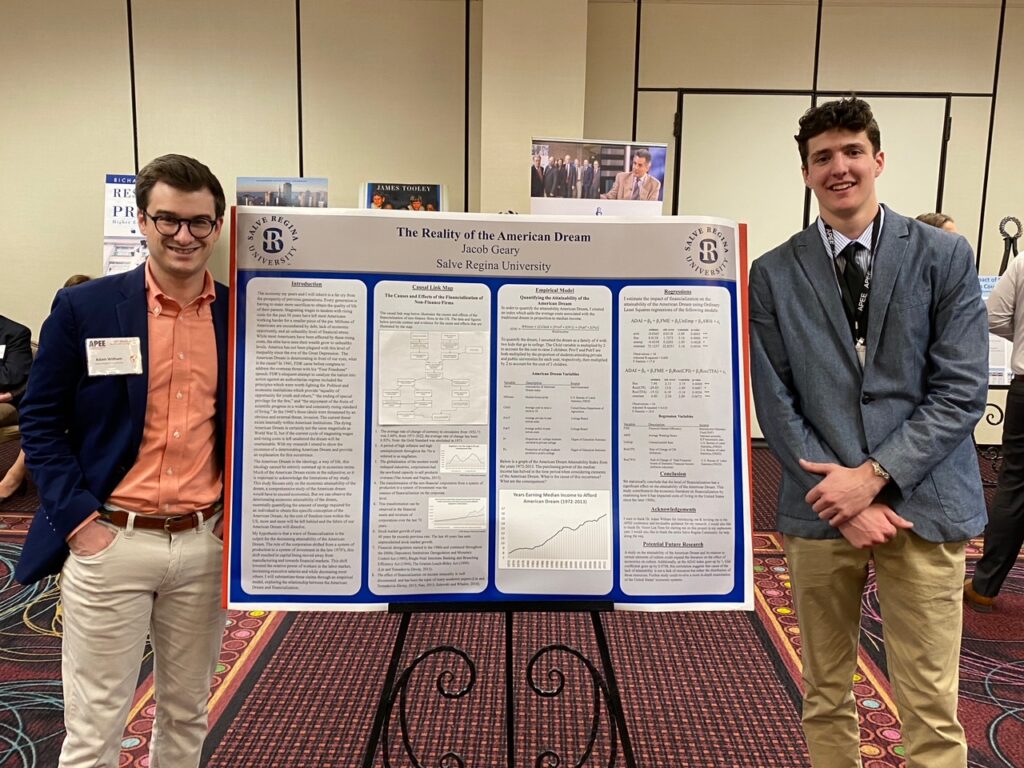