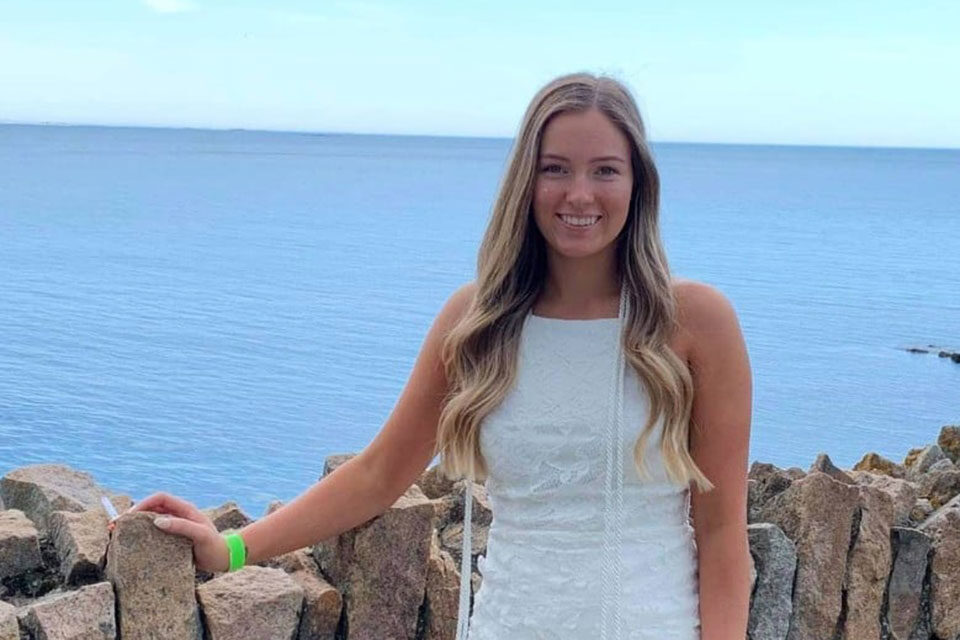 Some undergraduate students enter their collegiate studies with very clear plans for the future, while others must explore different programs to discover their passion. Sarah DeWolfe ’20 understands this journey very well from her studies at Salve Regina. Once an English communications major with a minor in sports management at Salve Regina, DeWolfe has been able to combine those different passions and pursue a career path at ESPN Next, ESPN’s leadership development program for young professionals.

Hailing from Blackstone, Massachusetts, DeWolfe was drawn to the tight-knit community of Salve Regina that mirrored the small-town environment in which she grew up. She was impressed by the many professors she met from different programs, and the journey towards declaring a major was laborious for DeWolfe. She recalled spending hours looking at the list of majors and crossing them out — only to start over once she was left with options that didn’t truly spark her interest.

DeWolfe was undecided until the second semester of her sophomore year, when she took a sports writing class with Dr. Kevin Esch, adjunct faculty in the Department of English, Communications and Media. DeWolfe notes that she never held a big interest in writing prior to this class, but she found herself emailing Dr. Esch and asking to go beyond the assigned page limits, which was something she never did in her previous studies.

“I’ve always loved sports. It’s kind of a life-long thing,” DeWolfe explains. “I realized I actually like writing about sports.”

Communicating about something she was passionate about changed DeWolfe’s view on writing, and for the first time she had a clear path forward. From there, DeWolfe knew that the next step was to declare a major.

“I immediately went to my advisor, Dr. Madeline Esch [associate professor in the Department of English, Communications and Media], and I said, ‘Your husband changed my life!’” she described. She also chose to add a sports management minor. 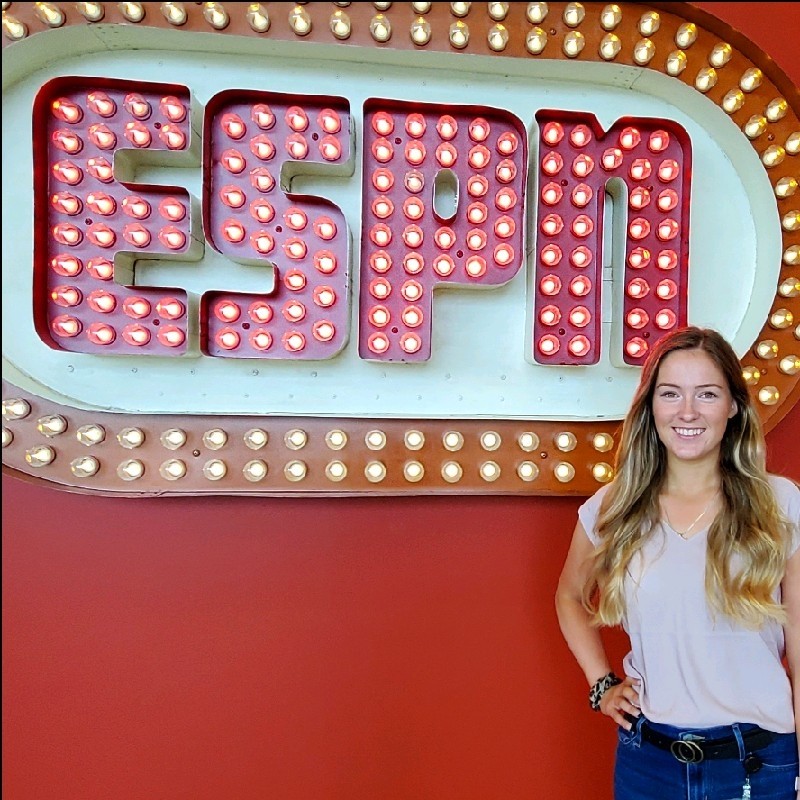 The opportunities at Salve Regina were preparing DeWolfe for ESPN Next.

Once DeWolfe had a clear vision of what she wanted to study while at Salve Regina, she began to take advantage of the extracurricular opportunities offered by the school. DeWolfe referenced the work she did for Mosaic, Salve Regina’s student newspaper, as the biggest influence in getting her current job at ESPN Next.

When DeWolfe joined Mosaic, the newspaper didn’t have any sports writers, and the editors were excited to include the content that she was able to offer. She did a lot of work for the paper by watching professional games as well as the local Salve Regina games and looking for details, stats, storylines, highlights and facts about players that might contribute to interesting news articles.

“I was writing five articles a week, which was probably more than I was doing for school at the time, but I didn’t mind doing it,” she explained. “It was exciting.”

DeWolfe was really passionate about her work at Mosaic, and she eventually worked her way up to being an editor for the paper and having an integral role in the club. Mosaic still has sports writers, so her work left a legacy for the newspaper.

The work study that DeWolfe had with Ed Habershaw, associate athletic director at Salve Regina, in sports information likewise provided important experience that DeWolfe was able to use to prepare for a sports-oriented career. During her work study, DeWolfe gained experience calling games, researching online stats, recording stats, being able to break down games play by play and paying attention to emerging story lines.

The experience that she was able to gain from her classwork and her extra curricular activities prepared her with the skills to be successful in a real-world setting.

An internship at NBC 10 in Warwick, Rhode Island

While DeWolfe was working with Habershaw, she was also taking a multimedia class that helped her obtain an internship with NBC 10 in Warwick. The sports media internship at WJAR, or NBC 10 in Warwick, Rhode Island, further built DeWolfe’s resume with impressive experience that helped her succeed in getting a position at ESPN. She was able to learn how the TV entertainment industry works from the inside, seeing how the newsroom functions and how anchors prepare for their stories.

During her first semester of the internship, DeWolfe was watching professional, college and local games while studying stats, shot sheets and picking out highlights. During the second semester, she was going out on feature stories, learning how to research human interest stories and conducting interviews. She had to learn how to tell stories in a different way, and she learned the importance of script writing.

“I was in the sports department with three guys that were so nice,” she described. “It was cool being able to pick their brains.”

The relationships that DeWolfe built with her coworkers during her internship helped her learn more about the industry that she wanted to enter. She still listens to the NBC 10’s sports department on the radio and told them about her excitement when she got her internship at ESPN Next.

“Internships are great way to network and have people in the industry,” she said. “They are my friends now.”

Unfortunately, the internship got cut short due to the COVID-19 shutdown in the spring of 2020. While DeWolfe was able to get complete credit for her internship, she was’t able to complete the rest of the semester working with NBC 10.

DeWolfe graduated in the spring of 2020 during a worldwide shut down. However, she remained proactive during the pandemic. She kept her mind sharp by doing externships, online courses and workshops.

Standing out at ESPN Next

The hard work DeWolfe exhibited during her undergraduate studies and post-graduation stood out during the intense interview process that she underwent as an applicant as a production assistant at ESPN Next.

“The 18-month program is a path to a permanent position, and at the end of it there is the opportunity to stay on board and be promoted to a content associate,” DeWolfe explained. “I’ll be training and working in the studios of different shows at the Bristol HQ doing things like cutting highlights, pulling from archives, editing digital content and whatever else they ask me to do.”

After three intense interviews in which DeWolfe’s skill, experience and character were questioned, she was picked as one of the 30 applicants hired from the 700 that applied to the program. Now, DeWolfe works with SportsCenter at Night where she is learning to work in the fast-paced environment of TV and breaking news. DeWolfe began working on highlights, and then she was put into a group called RISE, which is a program responsible for creating original, specialty content to be shared across platforms and programming at ESPN.

“The content RISE produces is original and insanely creative,” DeWolfe shared. “They find the coolest video to tell stories ranging from game recaps to weekly NFL previews and player reels. They are also responsible for creating the tease that opens SportsCenter shows, outlining the important storylines and best moments from the night.”

DeWolfe is working as a full-time employee, but she is under the guidance of mentors who are committed to developing her skills. After nine months, she will be moved to a different department and a different show, and eventually she will be hired.

“It’s all about enjoying the ride and learning as much as possible from your peers,” said DeWolfe. “The opportunity for growth within the company is really amazing.”

Reflecting upon the journey

Through her own journey, DeWolfe stresses the importance of experience and networking for current English communication and sports management majors.

“My advice for current comm and sports management students would be to go out and dive into something that deepens your skill set, as well as your passion for your career,” she said. “Real life experience is so important, and any experience can be a resume builder no matter how small it seems.”

In addition, she explains how important it is to apply to jobs despite the fear of rejection. She applied to many jobs during the pandemic and was not expecting to be accepted at ESPN Next, but she saw firsthand that truly anything can happen. Her advice to undecided students is to follow passions as far as they can.

“I never expected to have a job in sports media, let alone at ESPN, but I found something I liked and ran with it,” she said.

As DeWolfe’s story shows, uncertainty in pursuing undergraduate studies and possible careers can often be discouraging, but the possibilities are endless if one follows their passions. 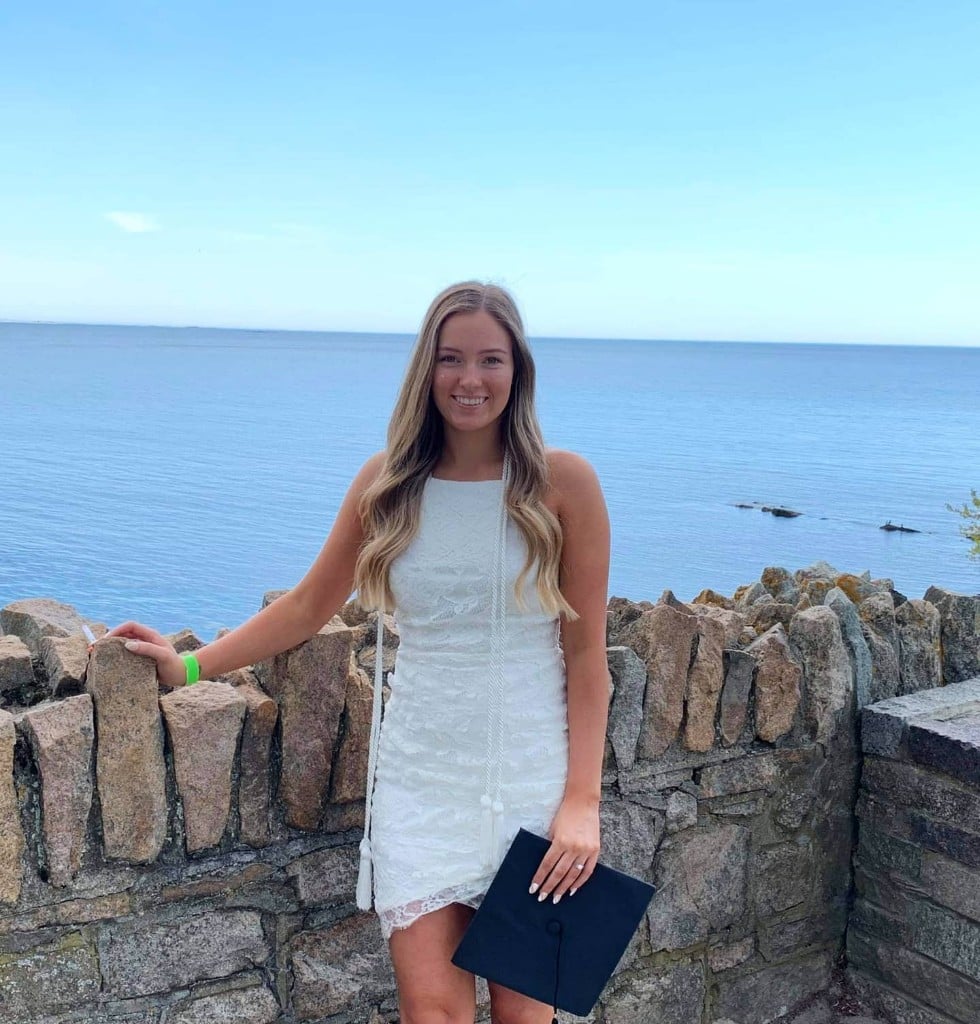