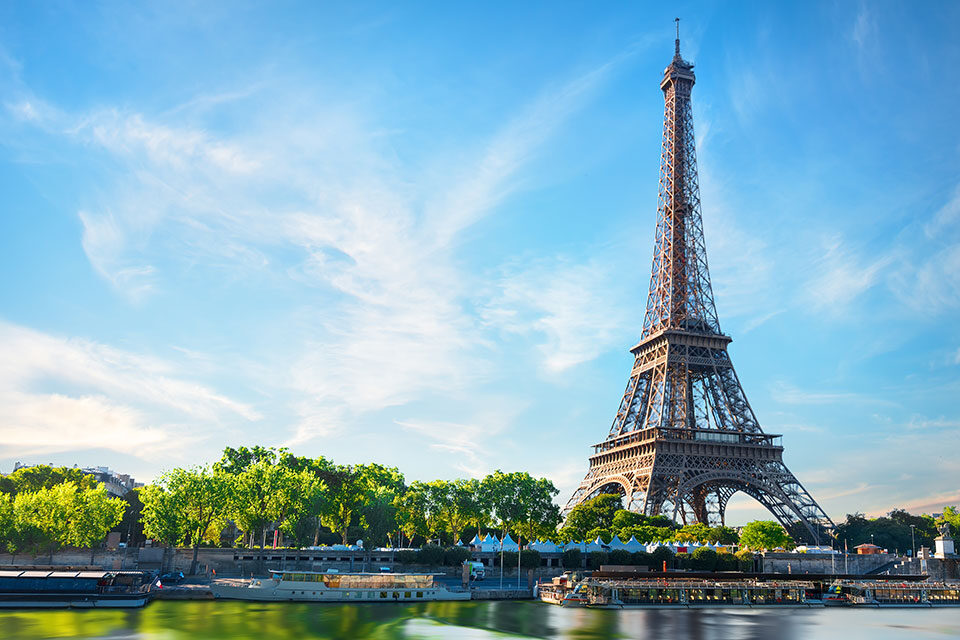 This is what both Casey Donahue ’18 and Megan Parham ’19 told themselves after graduating from Salve Regina. Both had the desire to become English teaching assistants in France, and they were given the opportunity to do so through the Teaching Assistant Program in France (TAPIF) in 2022.

Run by the French Ministry of Education, TAPIF gives recent graduates the chance to work in France for seven months teaching English to French students of all ages.

“I knew from my second year in high school that whatever I ended up doing in my life, it would revolve around France,” Donahue explained.

While working as an international student advisor in Boston, Donahue found herself assisting many French-speaking students. She knew that it would only benefit her professionally if she was able to experience the French education system firsthand. 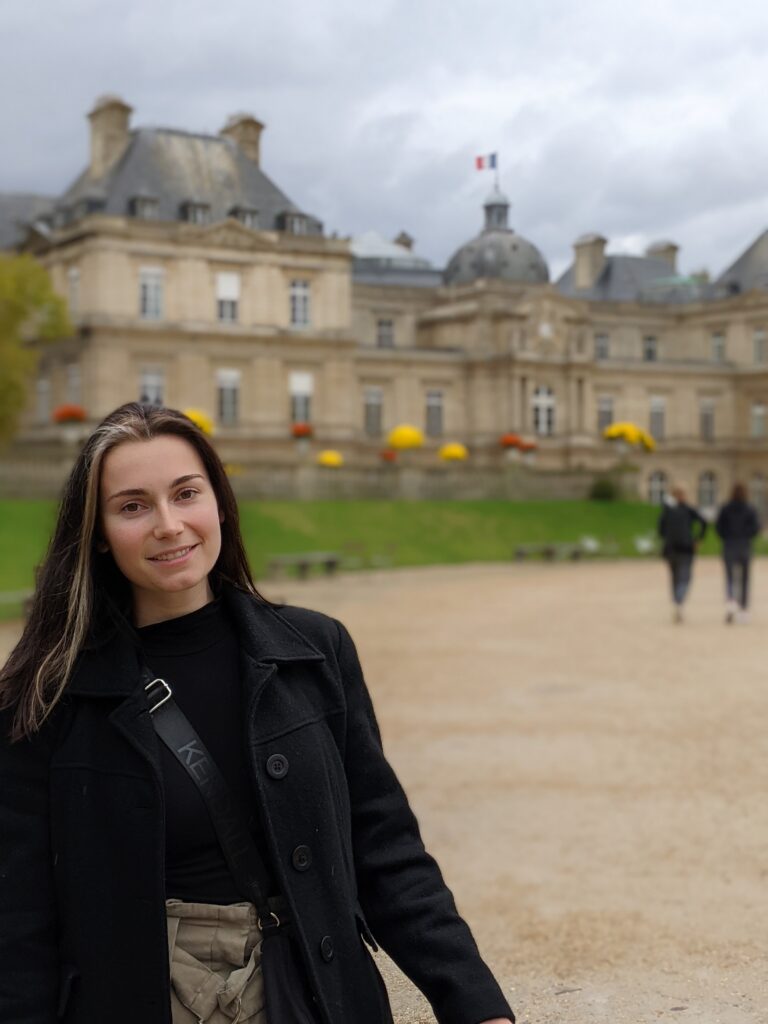 Parham, on the other hand, had the experience of spending her entire junior year studying abroad in Paris. As a double major in French and business administration, Parham promised herself that she would move back to France and work there in whatever capacity possible. After graduating from Salve Regina and moving to Seattle, Parham found the encouragement and support from her new friends to apply for TAPIF.

“My motivation [to apply for TAPIF] lay somewhere between fulfilling the promise I made to my 21-year-old self to return to France and seeking the personal and professional growth that comes with beginning a new life journey,” said Parham.

Many students imagine themselves landing a specific job after graduating from college, but it’s less common to dream of that job being in a different country. With the threat of the coronavirus pandemic and its variants still looming, Parham and Donahue went through a rigorous application process for TAPIF. They had a three-month window to apply, and both graduates had to provide a variety of documents including their birth certificates, background checks and transcripts. 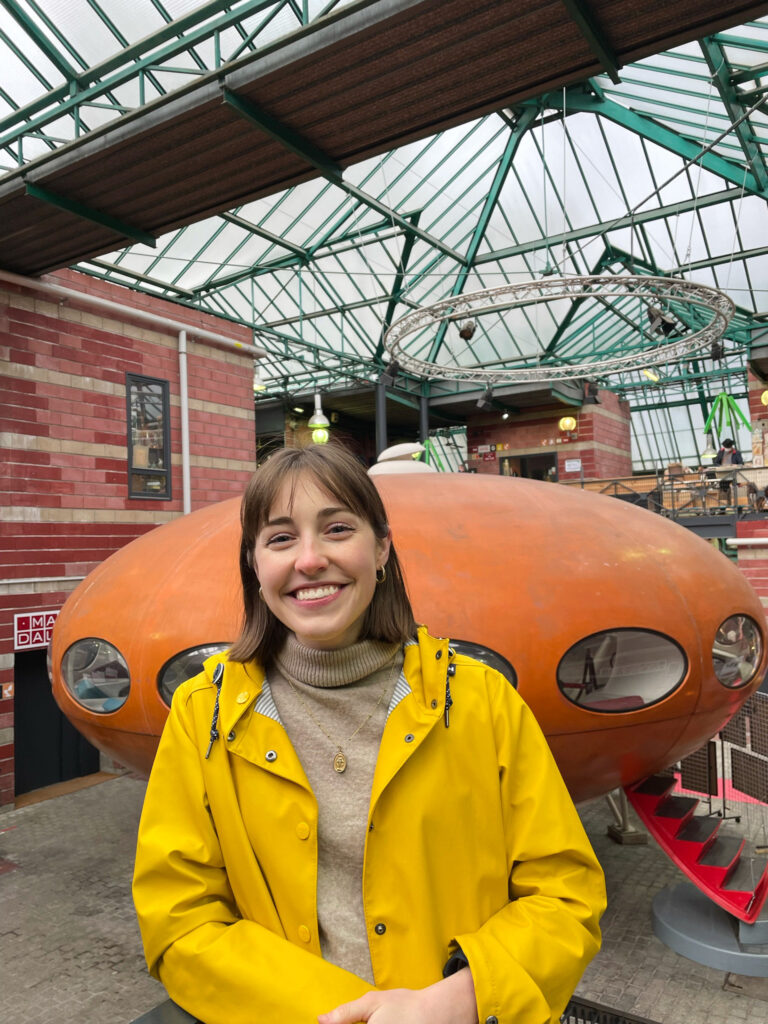 Donahue, while applying for a second time to the program, had plenty of time to gather those documents, but Parham decided to apply at the last minute, cutting her deadline down to only a week. After choosing their top three regions of France to work in, both submitted their application with hopes of being accepted to the program.

“This teaching position had actually been presented to me by professors at Salve Regina in 2019,” Donahue explained. “My favorite memory at Salve was living in the language house on Shepard Ave. with native French and Spanish speakers. It opened up a world of possibilities for me and gave me many international friends for which I am very grateful!”

One of the most appealing parts of TAPIF is the variety of locations where teaching assistants can work and the ages of their students. Parham was placed at an elementary school in the Académie de Versailles just outside of Paris while Donahue shares her time alternating between a middle school and a catering high school in Touquet-Paris-Plage — a small coastal city like Newport that is a big tourist destination.

“Because of this, students at the high school are training to work in the tourism industry. There is a small hotel in the school so students can practice cleaning the rooms, and it even has a restaurant for students to perfect their knowledge of French cuisine,” said Donahue, who has firsthand experience in hospitality from her years working at the Hotel Viking in Newport. 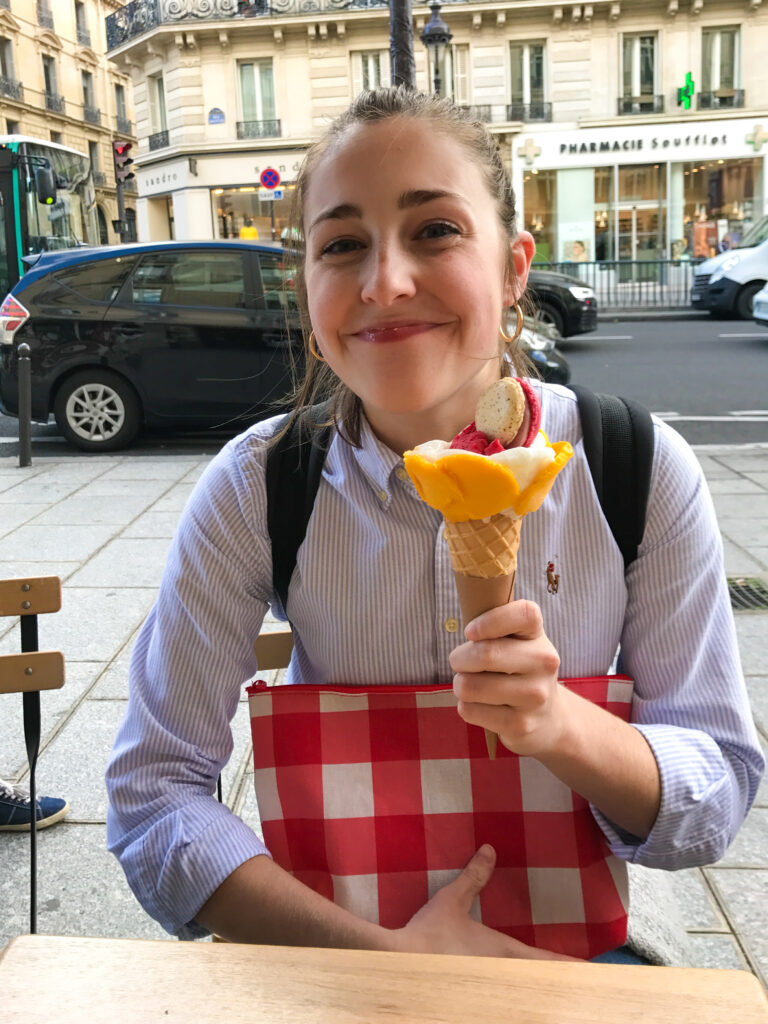 She uses this experience to hold discussion-based classes, focusing on activities that revolve around customer service skills in English. The most notable difference between school in America and school in France is the timing. Although some French teachers agree that it’s too long for students to be in school, many schools run from 8:30 a.m. to 4:30 p.m. and even sometimes as late as 6 p.m. French students are often shocked to hear that American schools finish the day around 2 p.m. In France, le principe de la laïcité — or the principle of secularism — is enforced in schools, meaning that students are prohibited from wearing visible religious symbols at public schools as a means of promoting equality within education.

When asked if they would recommend this program – or international employment in general – to other Salve Regina graduates, both Parham and Donahue were in full agreement. With the advice of going into it with an open mind and a sense of adventure, Donahue says to make a list of the things and places you want to do and see in your free time. 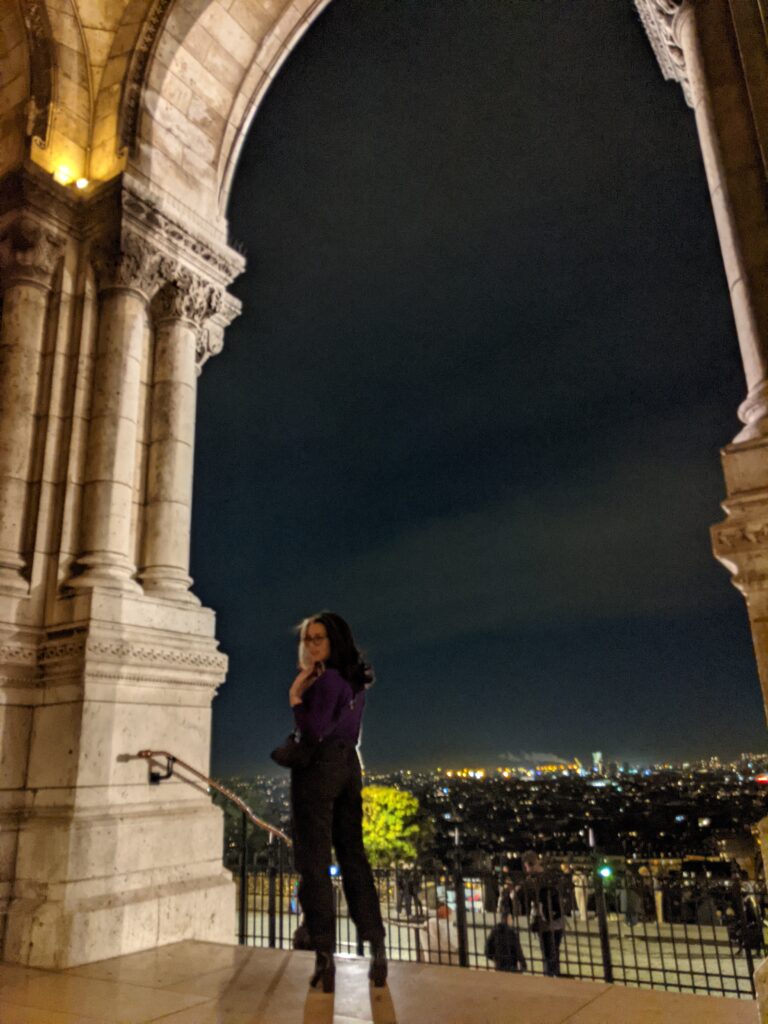 Donahue visits Sacré-Cœur in the Montmartre neighborhood of Paris.

“Just remember that your professional level of French is going to improve immensely, especially when you’re in a small town outside of a big city,” said Parham, who agrees that there is plenty of time outside of work to explore.

With a 12-hour work week requirement and vacances, or school vacations, every six to seven weeks throughout the academic year, both have taken advantage of the opportunities to immerse themselves in the culture and happenings of France.

“I would recommend TAPIF to individuals who have a passion for adventure and consider themselves self sufficient,” said Parham. “TAPIF provides a handbook to serve as a roadmap for language assistants as they prepare for the program, but language assistants are required to get themselves where they need to go. Those that commit to the program must secure a French visa, find an apartment, book their own travel plans, set up a French bank account and learn how to budget. Moving to a different country is not an easy process, and it’s important to be prepared for the challenges that come with it.”

Outside of the classroom, Parham has enjoyed weekly pilgrimages to Shakespeare and Company to pick out new books as well as neighborhood walks by the Canal SaintMartin. Donahue has been practicing yoga at a studio not far from her apartment, and she also enjoys delicious pastries and chocolats chauds made with dark chocolate while preparing for her classes at a handful of cafes.

Even across the world, it’s always wonderful to see members of the Salve Regina community connecting and sharing new experiences. 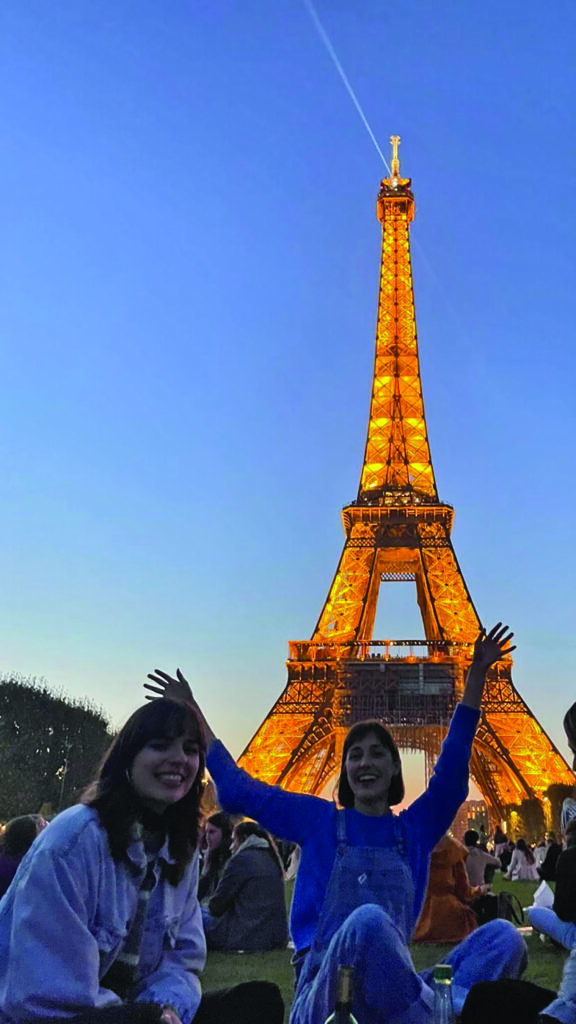 Editor’s note: This article was published in Report from Newport’s 2021 spring edition. Parts of this article have been edited from its original form.