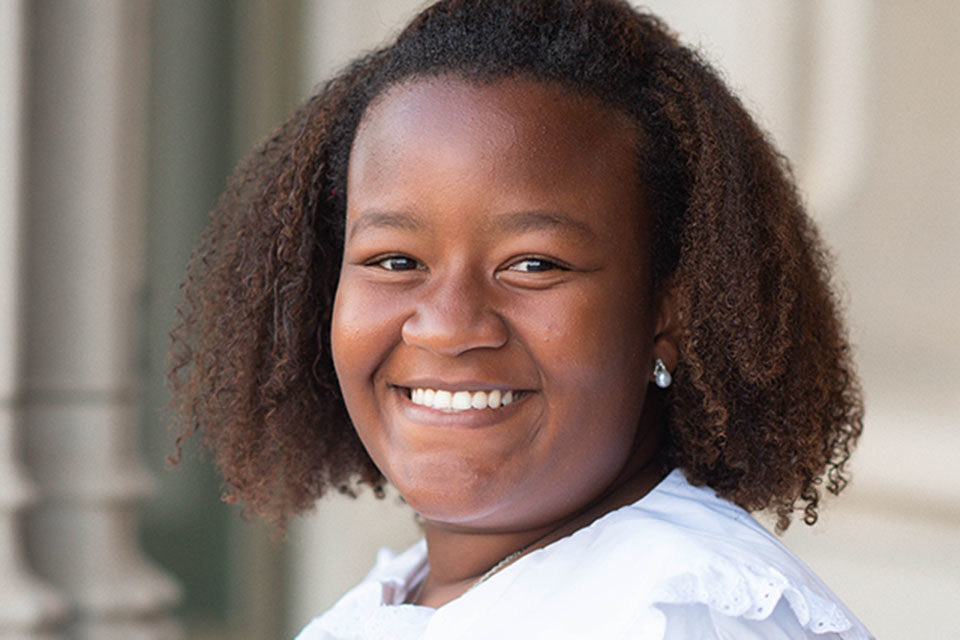 There are few students more involved on Salve Regina’s campus than Priscilla Gaspard ’20.

Along with being double major in philosophy and business administration, Gaspard is also the president and co-founder of the Student Networking Association, founder of the International Students Club, president of the Philosophy Club, public relations coordinator for the Student Government Association, captain of the women’s tennis team, a Nuala Pell Leadership fellow, member of the Navigator Leadership Program and a student in the Pell Honors Program. 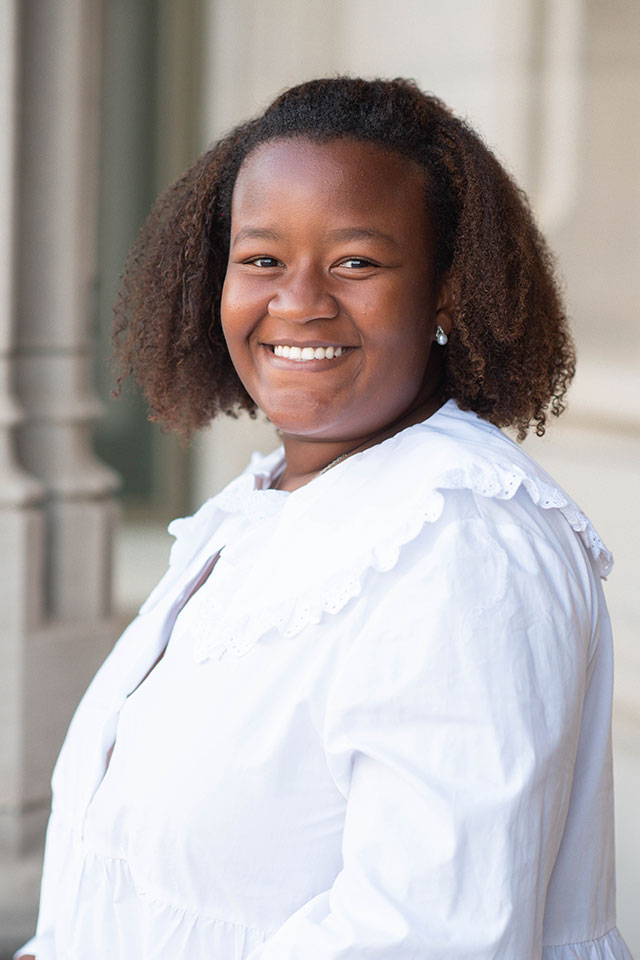 Gaspard’s headshot for her role in the Student Government Association. Gaspard has served as the SGA’s public relations coordinator in the 2019-2020 academic year.

Highly involved and loving it at Salve Regina

If it sounds like a lot, it is. But when you meet her, Gaspard will greet you with a smile or a laugh and never a complaint about her busy schedule. In fact, one of her favorite things about Salve Regina is the opportunity to be highly involved in so much because of the small campus and the opportunities to really be part of so much.

“I love that I am able to participate in all of these different things and not be looked down for it,” Gaspard explained. “Everyone encourages me to be involved, and they know that’s just who I am. It’s uplifting to be in a community like that.” 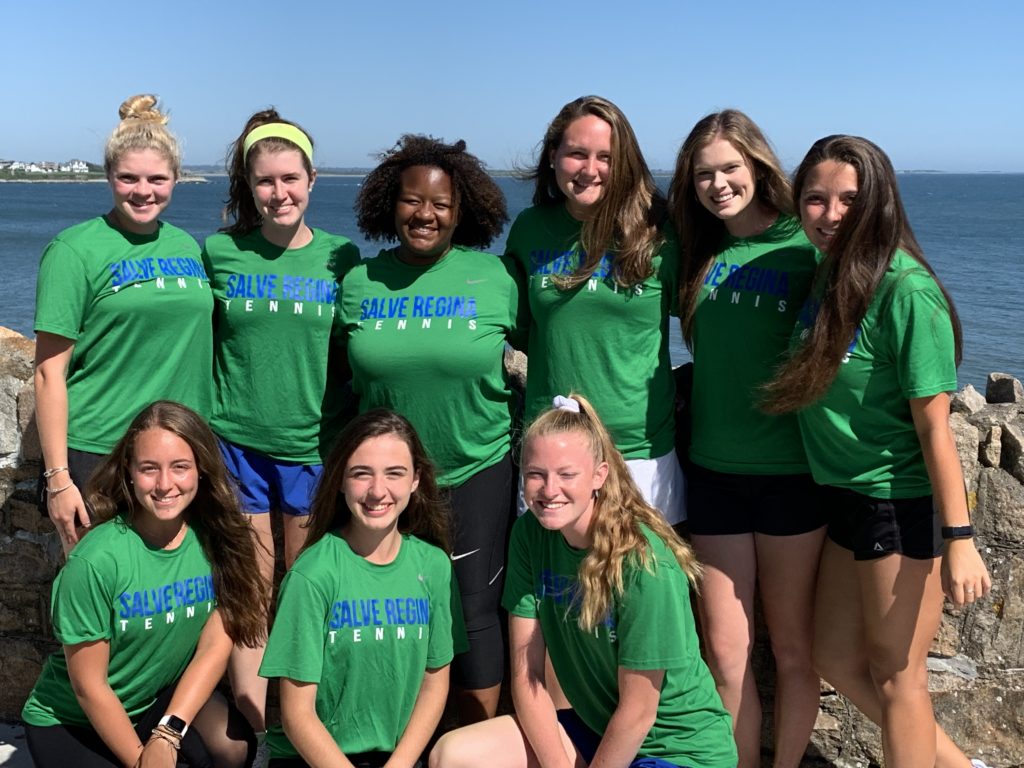 Gaspard and the tennis team; she has served as the team captain while at Salve Regina. 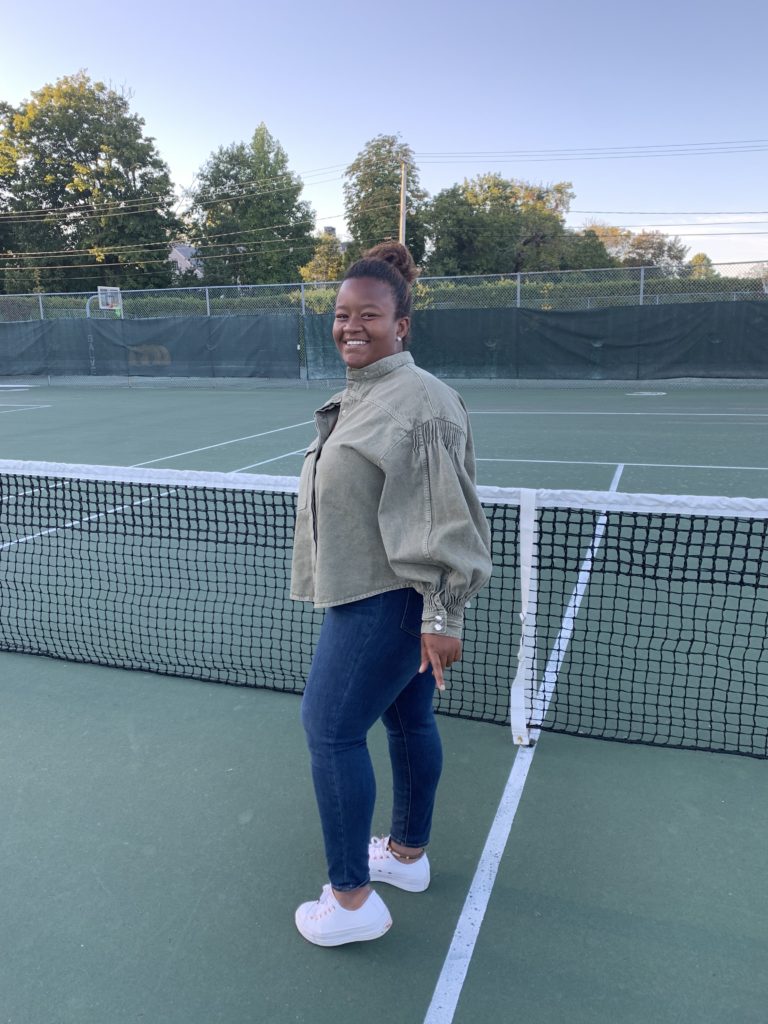 Like many students, Gaspard fell in love with Salve Regina before she enrolled as a student. Gaspard was impressed from the beginning at how the University’s professors were able to accommodate her double major with her involvement in athletics and everything else she planned on doing in the next four years.

“I was looking for a school to play tennis, but Salve stood out for more than just their tennis team,” she described.

In her first and second years at Salve, Gaspard lived with other Pell Honors students in Walgreen and Wallace Hall. Living in a community where the students could encourage one another in their studies and have fun together is one of her favorite memories from her college years, and the community that was formed in those first two years has only grown stronger since.

Keeping the coronavirus in perspective 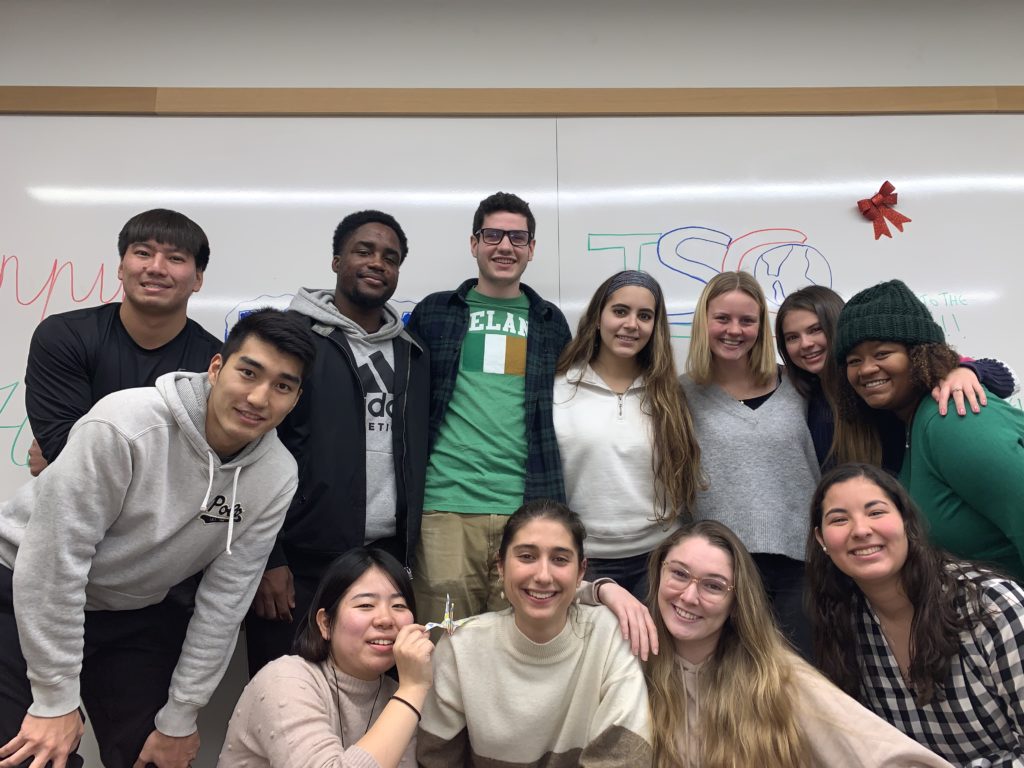 Gaspard and friends in the International Students Club, of which Gaspard was the founder.

With the remainder of her senior school year being remote, there is great sadness that comes along with this, but Gaspard is also encouraged in these difficult times. Going into remote learning was nerve-wracking, but she has since been filled with gratitude about where she gets to go to school.

“Throughout the week, I have realized just how much the faculty and staff really care about the students. I give the professors a lot of credit for adjusting their curriculums, and I realize this is just as hard for them,” she said.

Gaspard also appreciates Salve Regina’s constant communication on social media, which is keeping the University community together during this challenging time.

Her philosophy major is also helping her adjust to this new way of life. Even though it’s frustrating to have all of these unknowns, she believes there is a reason for all of it and that having faith that good will come from it makes a big difference.

“It’s important for everyone to find motivation behind what they’re doing and remember that this is only temporary,” she said. 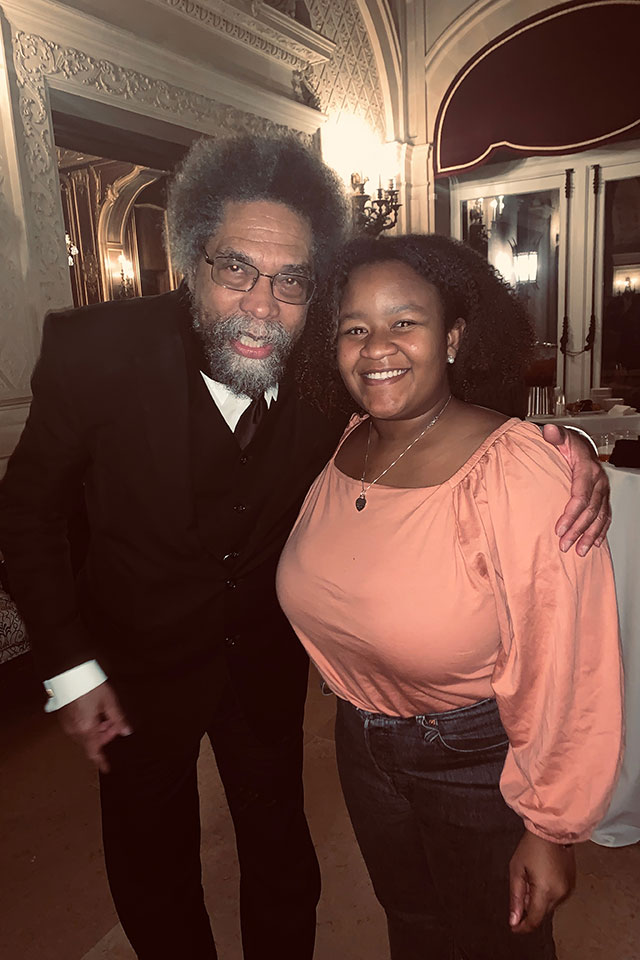 Gaspard was able to meet Dr. Cornell West during her last semester at Salve Regina in February 2020.

Gaspard is sad to be wrapping up her time at Salve Regina, but she is also looking forward to what is to come. She plans to move to either New York or Washington D.C to work after graduation and eventually go to law school.

College goes by so fast. Remembering her own freshman year fondly, Gaspard offered advice to the incoming class of ’24 and any student who is still continuing their journey at Salve Regina. 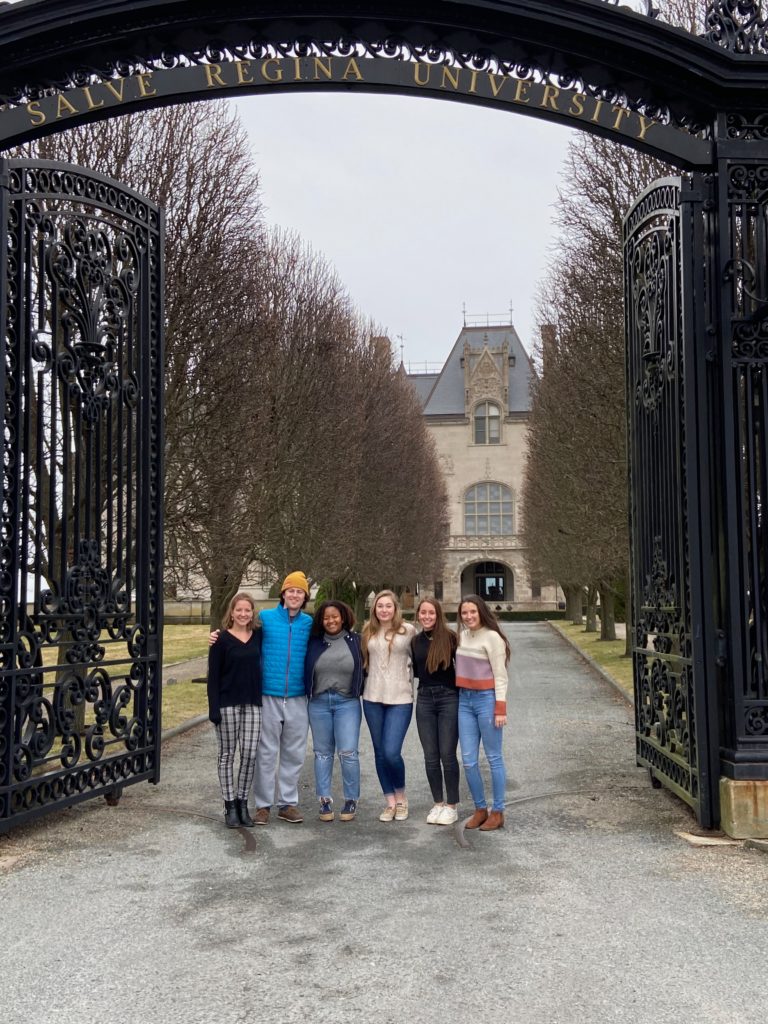