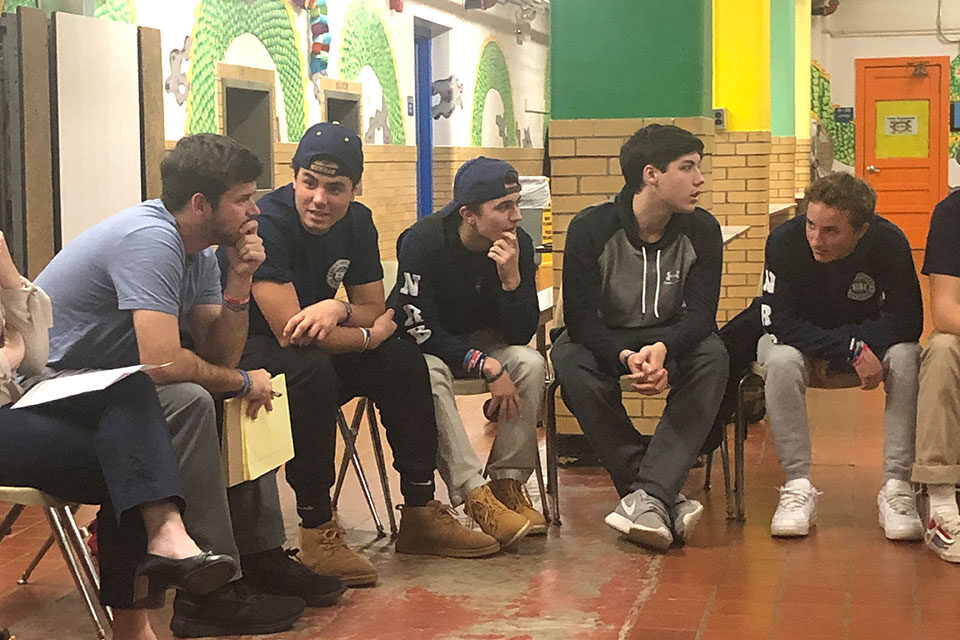 Steven Peterson ’18, who earned a degree in social work at Salve Regina, has been on a mission to help prevent teen suicide ever since he graduated. After years of hard work, his local efforts in Portsmouth, Rhode Island, have now made ripples across the state of Rhode Island. 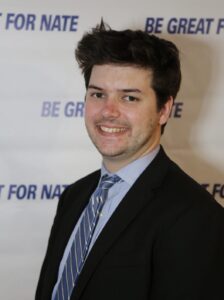 Peterson was born and raised on Aquidneck Island in Portsmouth, where he grew up watching his mom work at Salve Regina. So when it was time for him to pick a college, it was an easy choice.

“I was just around Salve my whole life,” he said. “I grew up on the campus …. In the end, I picked Salve because of the view, the programming, and it was something that I was comfortable with.”

Peterson started at Salve Regina in 2014 as a double major in psychology and administration of justice. However, he switched to social work after he sat down and had a conversation with Dr. Mary Montminy-Danna, professor of social work, during his sophomore year. She, along with another friend of his who was also a social work major, inspired him to switch majors.

The moment that changed everything

During Peterson’s last semester at Salve Regina, something happened that would shape his future purpose and passion. It was in February 2018 that a 15-year-old from Portsmouth named Nathan (Nate) Bruno took his own life. Bruno had no history of mental illness and had exhibited no signs of struggle, and his death was a shock to the community.

“He passed away, and it really shook me, because I had struggles when I was in high school, and suicide was something that crossed my mind,” said Peterson. “I looked at Nathan — a kid in my hometown — and that could’ve been me.”

Peterson had personally known Bruno and many of the high schooler’s friends because of work and volunteering that Peterson had done in the community. Because of these connections, Peterson reached out to three of Bruno’s male friends.

“They said, ‘We need help. We don’t know what to do, and nobody’s doing anything for us,'” recalled Peterson. “So at the time in a class for social work, we had to write an article that could be published. So I picked mine about the support that teenage boys get and the perception on it.”

Peterson wrote a 12-page paper in which he interviewed Bruno’s friends and some other high schoolers. Through this research paper, he realized that teenage boys don’t often feel supported — and even if there is support, boys often don’t know how to utilize that support. Parents and teenagers are often confused about the resources they can access, even in schools. Peterson saw a real need for further awareness and support for teenagers, especially boys.

“I approached Nate’s friends and asked, ‘Do you want to read my paper?'” said Peterson. “They said, ‘Yes.'”

The beginnings of Be Great for Nate

This was the catalyst for everything that would follow. After the high school boys read the paper, Peterson started meeting regularly with them. This evolved into a program for any high schooler regardless of gender called Be Great for Nate (BG4N) — which was a phrase one of Bruno’s friends had used in the days following his death.

“We were so small at that point, and we continued to grow and grow until the summer of 2018 when it became a full fledge nonprofit called Be Great for Nate,” explained Peterson. “So I started with three teenage boys, and now we have 106 high schoolers that are part of the program.”

While Be Great for Nate is the name of the nonprofit, the main program that the nonprofit runs is called the Every Student Initiative, according to Peterson. 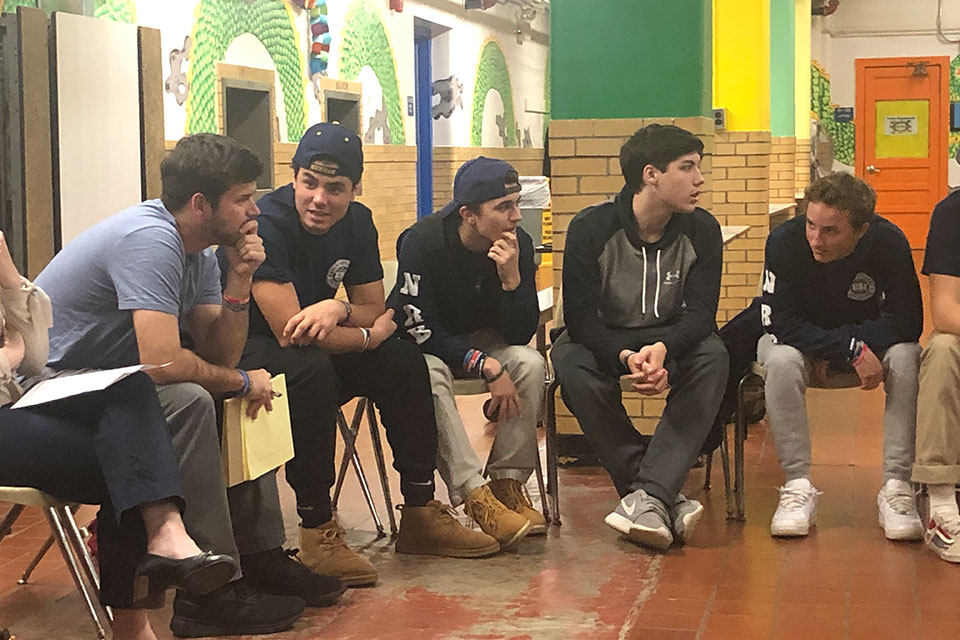 Peterson (far left) mentors teenagers through his nonprofit Be Great For Nate.

“[Every Student Initiative is] a youth-led suicide prevention group that aims to be a culture of connections,” he explained. “So we have these kids join this program on the basis that we want to bring an end to suicide. There’s almost 5,000 young lives lost to suicide every year, and every one of those could’ve been prevented if it wasn’t for the fact that society makes it an option, and we need to be the ones to change that.”

Teenagers apply to be part of the Every Student Initiative, and they then go through orientation — which includes suicide prevention training. They are assigned jobs and tasks through the Every Student Initiative, giving them a sense of purpose and shared responsibility, and they can also request to have education on a variety of topics — including mental health and wellness, college and career questions, or how to cook or do things around the house. The teens also have monthly meetings, which were held virtually on Zoom during the pandemic, and other events. All of this helps to create a system of support for each other, according to Peterson.

But the advocacy hasn’t stopped at just the local level in Portsmouth. Peterson and those involved in BG4N have also helped lead the initiative to get a legislative bill passed in the Rhode Island Senate called the Nathan Bruno and Justin Flatt Act. This bill, which was officially passed in June 2021, will ensure middle schools and high schools statewide have greater awareness and training around suicide prevention for youth. The bill also includes policies around when and how parents are notified when there is something stressful going on for a child at school.

“Our version of the bill requires all school personnel in every capacity that talks to a child—even the custodians and the lunch workers — to be trained ever single year to be trained in suicide prevention training,” Peterson explained. “We’re the first state to require grades sixth through twelve to also have to go through suicide prevention training every single year. So for six straight years they have go through it.”

Throughout all of this work and advocacy, Peterson went on to graduate Fordham University with a master’s degree in social work, and he is a licensed clinical social worker in the state of Rhode Island. But he is still deeply connected to Salve Regina; in the fall of 2021, Peterson will be joining the Salve Regina social work department as an adjunct professor. Be Great For Nate is also holding a gala for the nonprofit on August 20 at Ochre Court.

Overall, Peterson is proud of the work he’s been able to do so far, but he knows that preventing youth suicide will take more action within communities. Youth suicide is on the rise, and the pandemic has made things even worse, according to Peterson. Mental health among teens is at an all-time low.