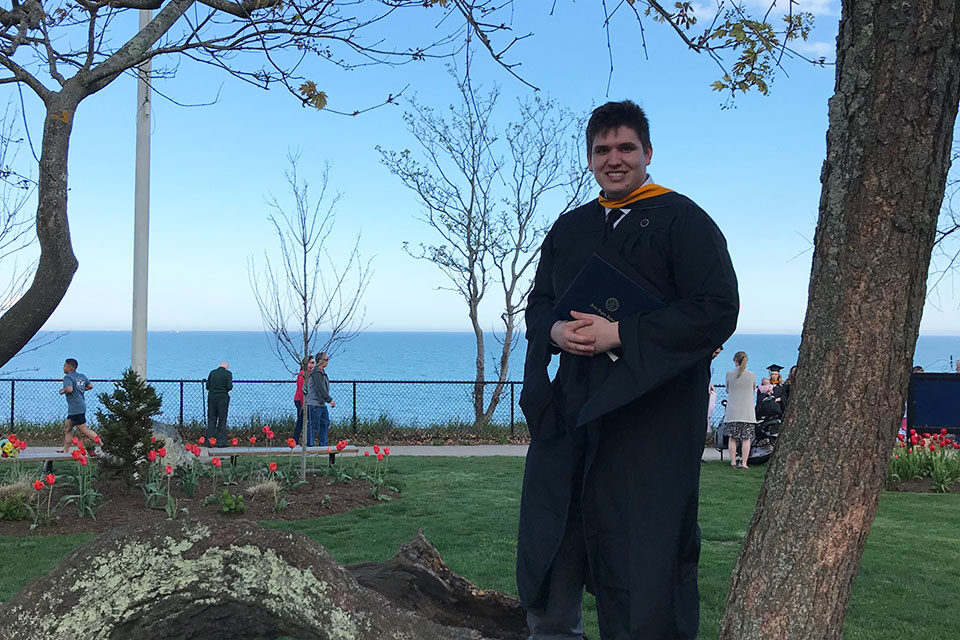 As the world has grown with digital opportunities in 2020 in ways that have been unprecedented in the past, the need to protect this booming digital world through cybersecurity initiatives has also exploded. And the career opportunities in the world of cyber security are opening up in whole new levels.

Take it from Thomas Wagner ’18, ’19 (M.S.), who has a bachelor’s degree in administration of justice (ADJ) from Salve Regina and went on to get two master’s degrees—one in ADJ and homeland security in cyber security and intelligence and one in digital forensics.

If this seems like a mouthful, it is. It took Wagner five years and a lot of hard work to complete all three of his degrees, but the education has been well worth it. And with just a few years of experience, Wagner was able to land a top security job as an information system security officer at Lockheed Martin in New York in 2019. 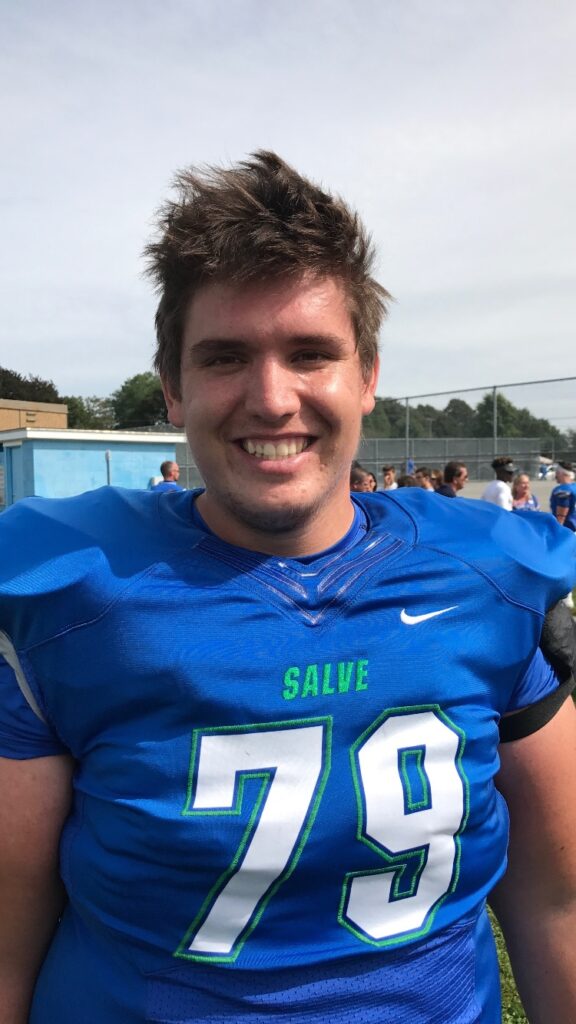 Wagner was recruited to play football at Salve Regina at the undergraduate level, which is how he originally found out about the school.

Wagner always loved working with computers as a kid, but he didn’t realize he could make working with them as a true job until getting into Salve Regina’s ADJ program at the undergraduate level. As he began to learn through classes, cyber security is a growing field and one that is ripe for opportunity — and he saw a career path emerge from his own childhood interests.

“I can say that the options are limitless,” said Wagner. “It is not an easy career field, but it is a very beneficial one. I’m not only financially secure for the rest of my life, but I have plenty of career opportunities …. I could have three job offers within the next couple days if I needed them.”

A lot of the work Wagner now does for Lockheed Martin is classified, but some of what he does on a daily basis is support government customers to ensure security compliance and governance standards. He also does what is called penetration testing—which is ethical hacking against the government’s systems to try to identity vulnerabilities. And, of course, he helps defend against cyber security attacks when they do actually come from the outside. 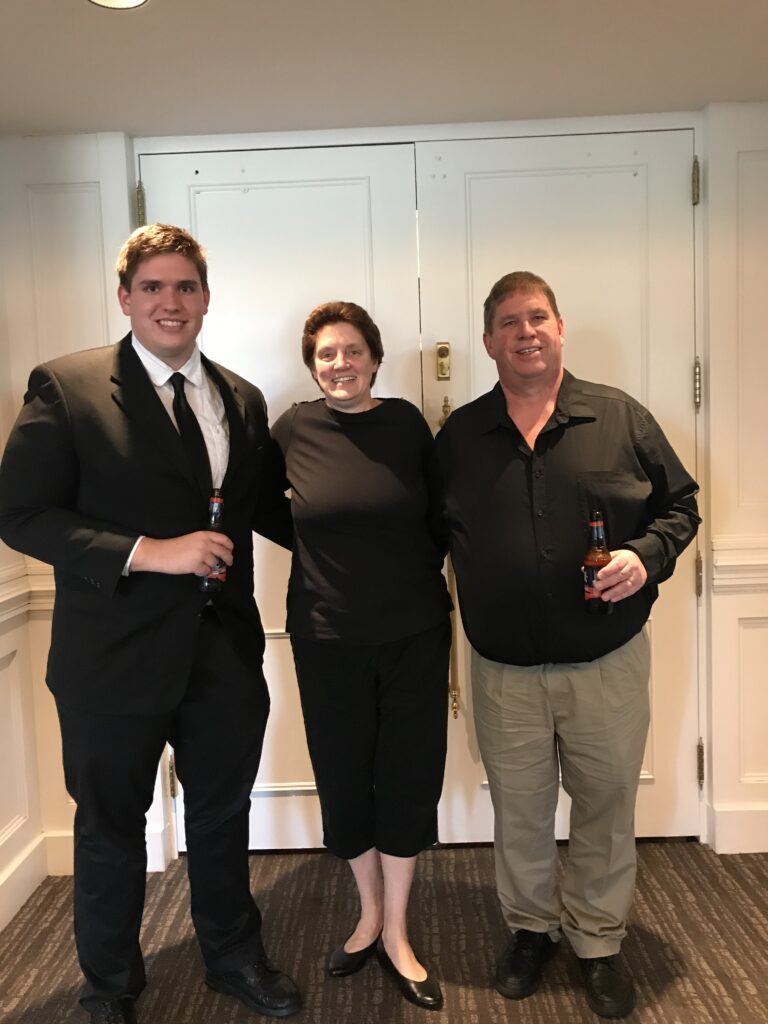 Wagner with his parents during his time at Salve Regina.

“When someone is attempting to break into the system and we catch on to them, my job is to go out and figure out how they broke in, clean up and get rid of anything they could’ve planted,” said Wagner.

Wagner attributes his success to the professors in Salve Regina’s ADJ and homeland security department for helping him become someone who can handle this kind of highly classified work. The graduate level classes he took at Salve Regina helped him begin to think along the lines of someone who was actually working in the field of cyber security long before he actually did so. He was also able to land a job as a computer engineer at KMS Solutions, LLC, through the help of a professor at Salve Regina before he landed his present gig at Lockheed Martin.

“What’s nice about the program is: it’s not just one aspect, it covers everything, which helps you be successful in your career path depending on which direction you go,” said Wagner. “Audits and penetration testing, network forensics, advanced digital forensics—they even cover the cyber law side of it.”

Wagner believes that Salve Regina got him where he is today, and he is forever grateful for the well-rounded liberal arts education he received at both the undergraduate and the graduate level.

“You’ll find professors that are going to really help you excel,” he concluded. “They’re all there to benefit you.”