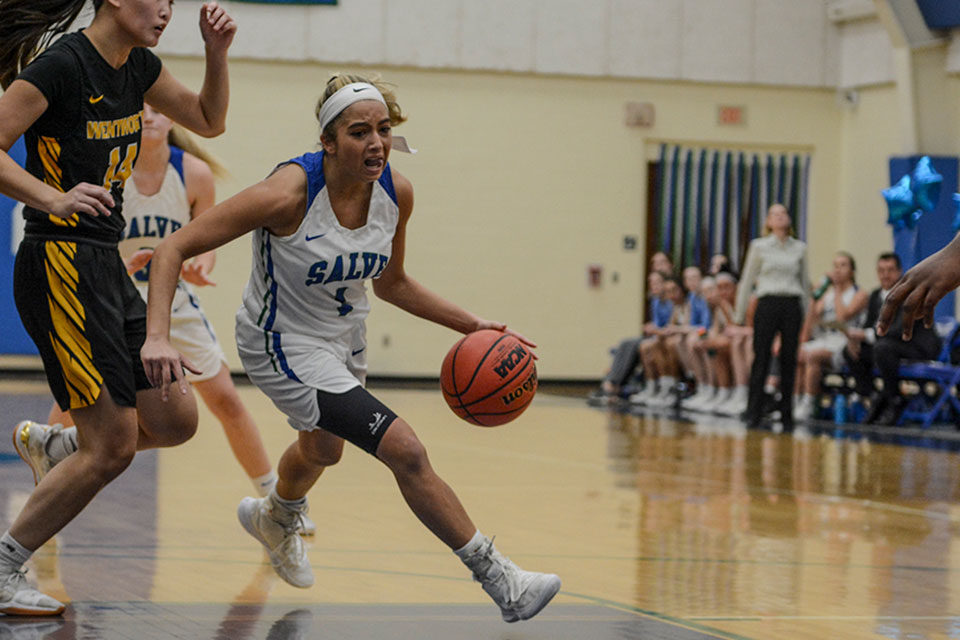 “Tor’s acknowledgement is well deserved,” said Cori Hughes, in her 13th year as head coach of the Seahawks. “She is one of the hardest working players I have ever coached; and that hard work has obviously paid off.  We have some big shoes to fill next year without Torie Scorpio wearing the Blue and Green.”

Two major awards this year went to a pair of Gordon College seniors as Meghan Foley and Sarah Gibbs were named Player and Defensive Player of the Year, respectively. Nichols freshman Alexis Finnerty was selected as the Rookie of the Year. WNE senior Meghan Orbann was voted the CCC Scholar-Athlete and her coach Nicole Chaszar was named the 2019-20 Coach of the Year. Gordon was the Team Sportsmanship award winner.

Voting for the All-CCC Teams and major awards was conducted by the nine CCC women’s basketball head coaches following the conclusion of the regular season.