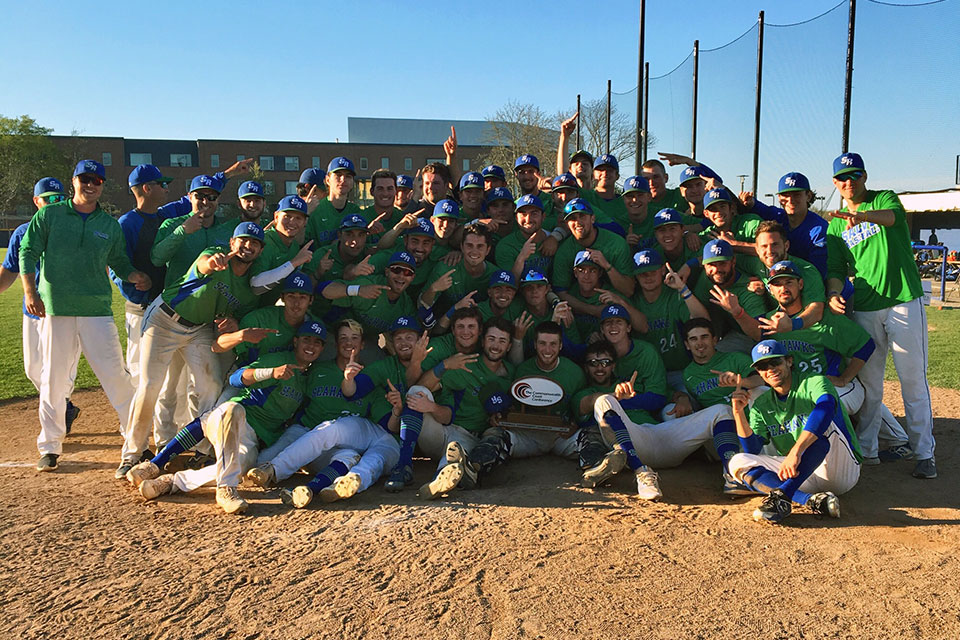 The Seahawks now have 10 titles in baseball and earn the league’s automatic bid to the NCAA Division III championships for the fifth time.

Roger Williams won the opener on Friday with a three-run rally in the bottom of the eighth inning. Needing two wins on Saturday, the Seahawks got six-plus innings from both starting pitchers – lefty Patrick Maybach ’20 and righty Michael Mathews ’21. Both pitchers earned their second wins of the tournament and improved to 5-1 and 6-2, respectively, on the season.

The Seahawks open their Division III championship bid in a four-team, double-elimination regional with Babson College, Trinity College and Keystone College, hosted by Trinity in Hartford, Connecticut. Their first game is scheduled for 2:30 p.m. Friday, May 17 against Trinity.

Winners of the sixteen regional tournaments will qualify for eight best-of-three series at the super regionals May 24-25. The eight super regional winners will then qualify for the pool play double-elimination championship in Cedar Rapids, Iowa.