Senior Success: The Brilhante twins celebrate graduating together in Class of 2022 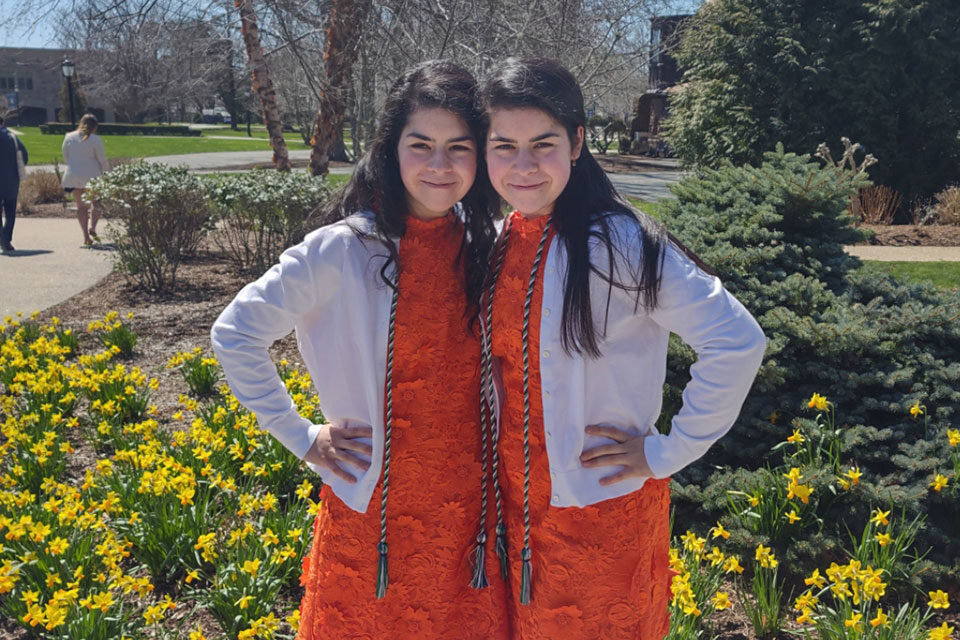 “There are just three sisters in total, but we are all super close and chose Salve where we’ve been a part of a lot of the same clubs and organizations and service,” said the twins.

Clearly, family is important to the Brilhante twins. They did not have the typical Salve Regina campus view, because both sisters commuted the short ride to the University. In commuting, they upheld the traditional Portuguese family-driven values they grew up with.

While the Brilhante twins didn’t live on campus, they are convinced that they still got the fullest experience they could out of attending Salve Regina. Elizabeth and Anne-Marie Brilhante have not only found family in the classrooms at Salve Regina, but in their extracurriculars, too. They were heavily involved in campus organizations — including First-Year Transition mentoring, service advocates, the Pell Honors Program, the Confetti Foundation, Delta Epsilon Sigma, Sigma Phi Sigma, the Senior Challenge Committee, and Salve Regina’s Outreach and Recruitment Team. Staying engaged on campus made the sisters feel as though every day was a family reunion on campus with the relationships they have made in their program.

Academically, the twins had the same trepidation that most first year students experience when entering the biology department. The sisters had heard the rumors that it was the hardest major at Salve Regina and to give up the expectation that they would make honors. However, both proved that it’s certainly not impossible to get honors, and they both have the grades to prove it. But grades like theirs meant late nights in the labs, restarting when the yield was not correct and adapting to the unpredictable issues in technology. With their unwavering dedication to the field, they have learned it is all about trying and then trying again ten more times. 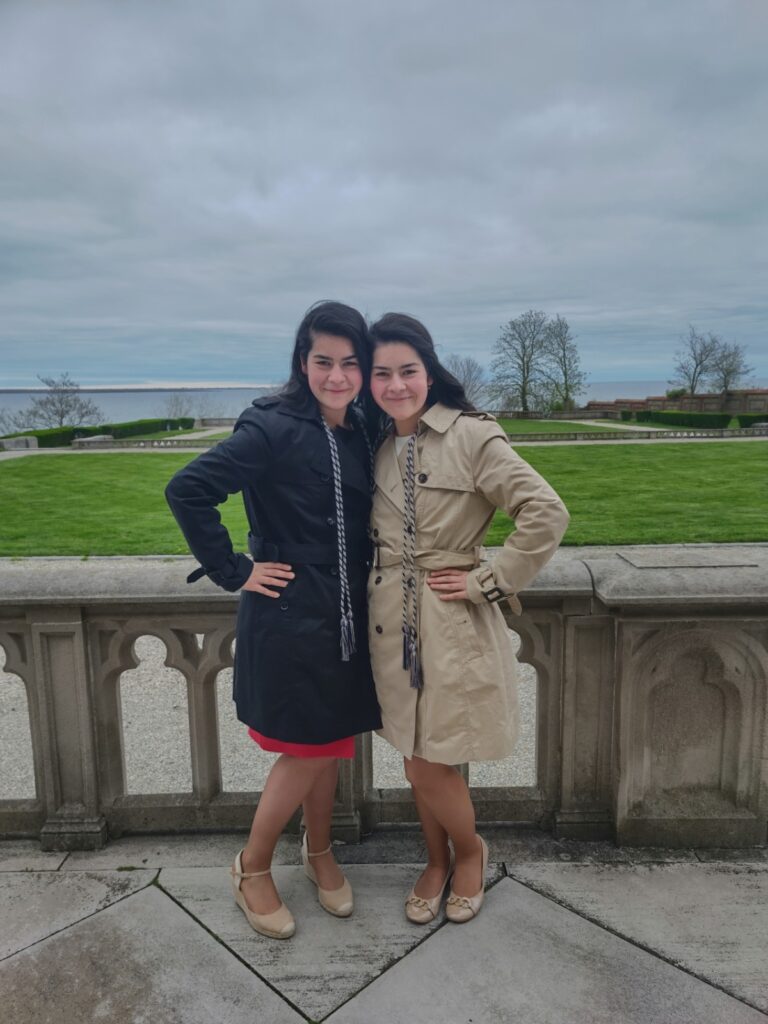 “The big thing about science is that there is a world of questions with answers that are waiting to be solved,” they said. “If you are that person that likes to go into the world and think deeply about why things are the way they are, then biology is the perfect major for you …. It’s a lifetime exploration that is awaiting the dedicated people who are not going to just take the first observed experiment as the answer.”

During their time in Salve Regina’s biology lab, Elizabeth and Anne-Marie Brilhante have been able to study and experiment with a multitude of species and organisms including cockroaches, guppies, Serratia marcescens, E. coli, seaweeds and algae. The twins explained that their studies with these organisms proved helpful in their plans to enter the medical field.

“These skills ironically have given us the skills we need to encounter a patient,” they said. “We have learned to work in a team and see a problem and unanswered question in front of us and ask the big question why …. Therefore all the skills we learned shaped us to be researchers, and we didn’t even know it.”

Working hard every semester, the twin sisters had no doubts about their love of the biology field — but both were not entirely sure which path to take. In class with Dr. Kimberly Curesky, lecturer in the Department of Biology and Biomedical Sciences, they were able to narrow their interest to medical biology. They both explained that their experience in Dr. Curesky’s class during their junior year was as wholesome as it was helpful.

After graduation, Elizabeth Brilhante hopes to pursue clinical pharmacy, and Anne-Marie Brilhante hopes to help children in pediatric oncology. Both sisters have an interest in taking their skills abroad. With their knowledge of health biology, they can deliver medical attention to those who are underprivileged.

For now, they both plan to return to the classroom. Elizabeth Brilhante will be acquiring her doctor of pharmacy degree through an accelerated three-year program at the Massachusetts College of Pharmacy and Health Sciences in Worcester, Massachusetts. Anne-Marie Brilhante plans to attend Lake Erie College of Osteopathic Medicine in Bradenton, Florida, as a part of a dual-degree program of Master of Medicine and Doctor of Osteopathic Medicine. 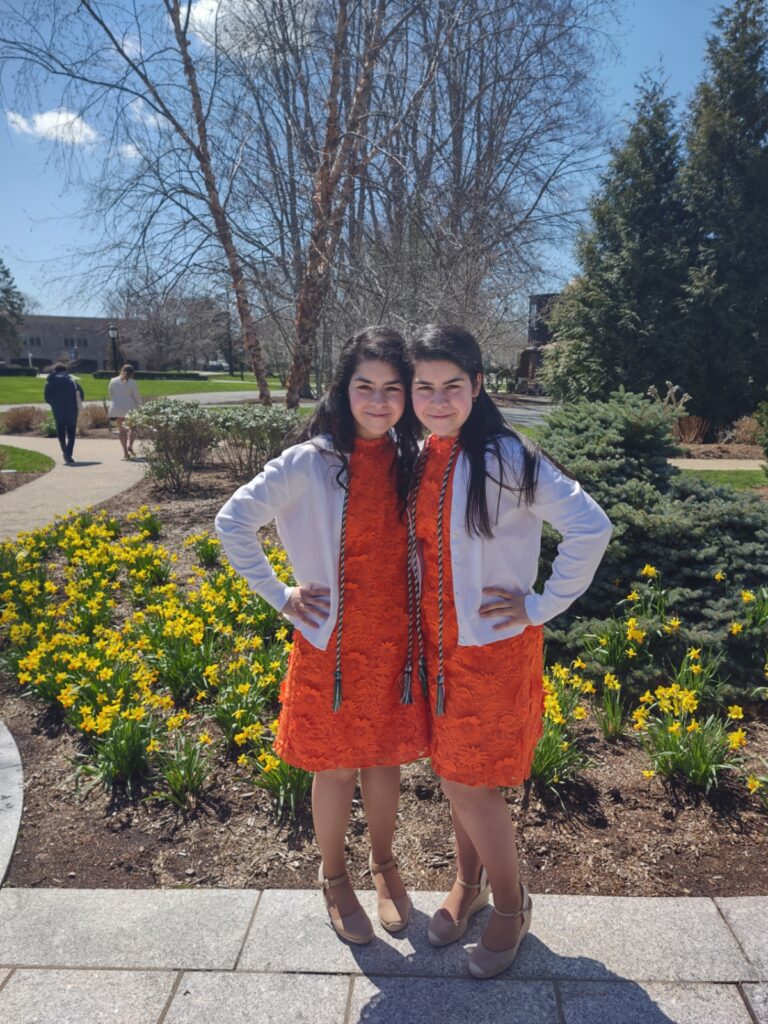