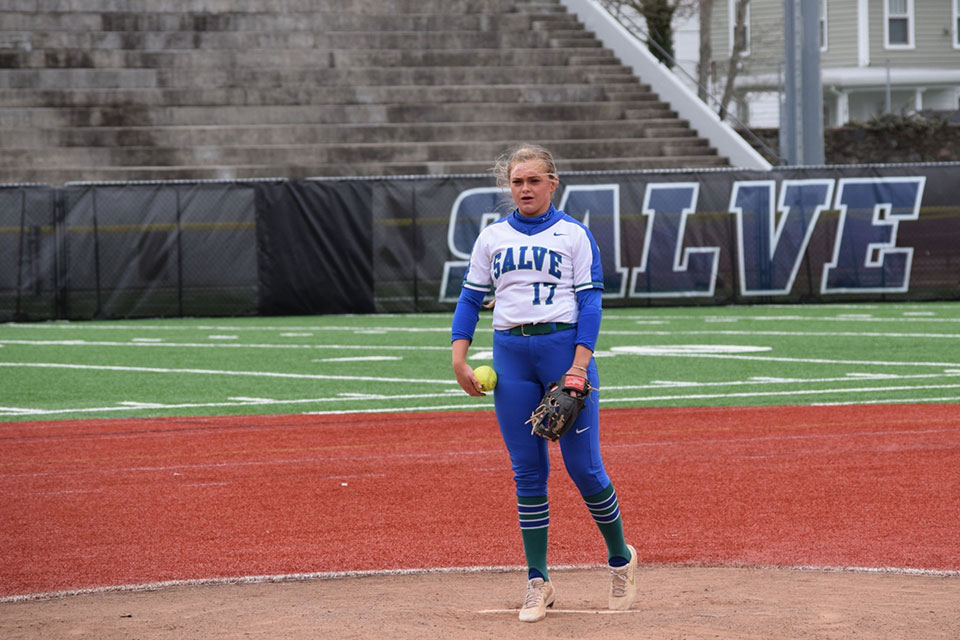 Sean O’Malley ’22 was named rookie of the week after batting .571 (8-for-14) with one double, two home runs and eight RBI in the Seahawks’ 3-1 week. He opened the week with a 4-for-4 effort and a five-hit performance in a doubleheader sweep of Nichols College. O’Malley closed out the week by homering in both ends of a split with Curry College.

Jaycee Garrigan ’21 was named pitcher of the week after tossing a pair of complete-game shutouts, ending the week with a 2-0 record and a 0.00 ERA while allowing just three hits and one walk in 13 innings of work. Her best start was a two-hit shutout of Eastern Connecticut State University, currently ranked fifth in New England. Garrigan closed out the regular season by hurling a one-hit shutout against conference rival Wentworth Institute of Technology.

Salve Regina (21-18, 9-7 CCC) finished the regular season tied for third place with Western New England University. The Seahawks open their conference tournament on the road against Roger Williams University on Thursday, May 2.

The Seahawks will compete in the New England regional championships hosted by Williams College this weekend.