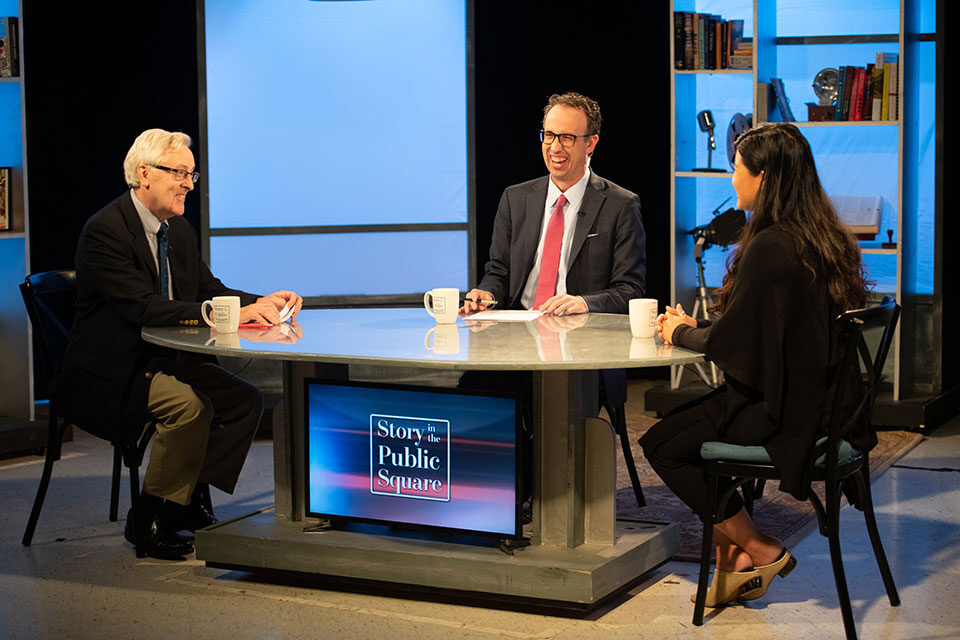 The four-time Telly Award-winning series “Story in the Public Square” will continue to broadcast across the United States with the debut of its sixth national season beginning Jan. 4, 2021, the show announced. The season will feature 24 new episodes.

The show has been in production since January 2017 on SiriusXM Satellite Radio and in southeastern New England from its flagship TV station, Rhode Island PBS. “Story in the Public Square” is currently seen in more than 80% of the nation’s television markets. The audio version of the series is also broadcast multiple times each weekend on SiriusXM’s popular P.O.T.U.S. (Politics of the United States) channel. “Story in the Public Square” won Telly Awards for excellence in general politics/commentary in 2018, 2019 and twice in 2020.

Hosted by Jim Ludes, vice president for public research and initiatives at Salve Regina, and G. Wayne Miller, staff writer for The Providence Journal, “Story in the Public Square” is a weekly 30-minute public television program that tries to make sense of the stories shaping public life in the United States and abroad.

Featuring great guests talking about big issues, “Story in the Public Square” is a refreshing alternative to the standard news and public affairs offerings. The program delivers the opportunity to learn the story behind the stories in an accessible format where guests are the focal point. 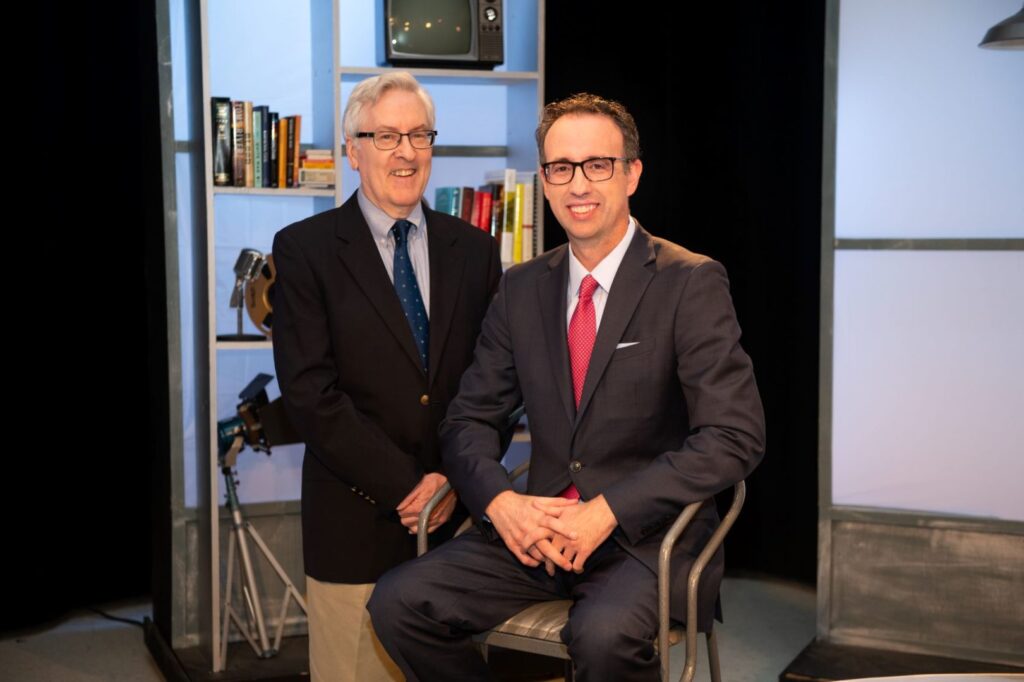 Wayne Miller, staff writer for The Providence Journal (left), and Jim Ludes, vice president for public research and initiatives at Salve Regina (right), are the hosts of “Story in the Public Square.”

“A recent guest called 2020 our global ‘gap year.’ We’ve tried to make the most of it, bringing our audience timely and essential conversations about the pandemic and American politics,” said Ludes. “As we look ahead to a new year and a new season, we know the political calendar and the start of a presidential term will shape some of the national dialogue, but so will the artists and storytellers who have continued their work throughout lockdowns and re-openings.”

A partnership of the Pell Center for International Relations and Public Policy at Salve Regina University and The Providence Journal, “Story in the Public Square” provides insights and perspectives into culture, politics and current national and international events from diverse storytellers of every variety — from acclaimed filmmakers, scholars, photographers, journalists, activists, historians, musicians and more.

“The show succeeds because of our guests — incredibly talented artists whose craft gives meaning to the world around us,” said Miller. “Whether a poet, a visual artist or a scholar, their insights into the human condition ground us and enrich our understanding of public life in the United States.”

The show is produced by the Pell Center of at Salve Regina and presented by Rhode Island PBS via NETA, the National Educational Telecommunications Association.