Three seniors and a junior to lead baseball squad in 2020 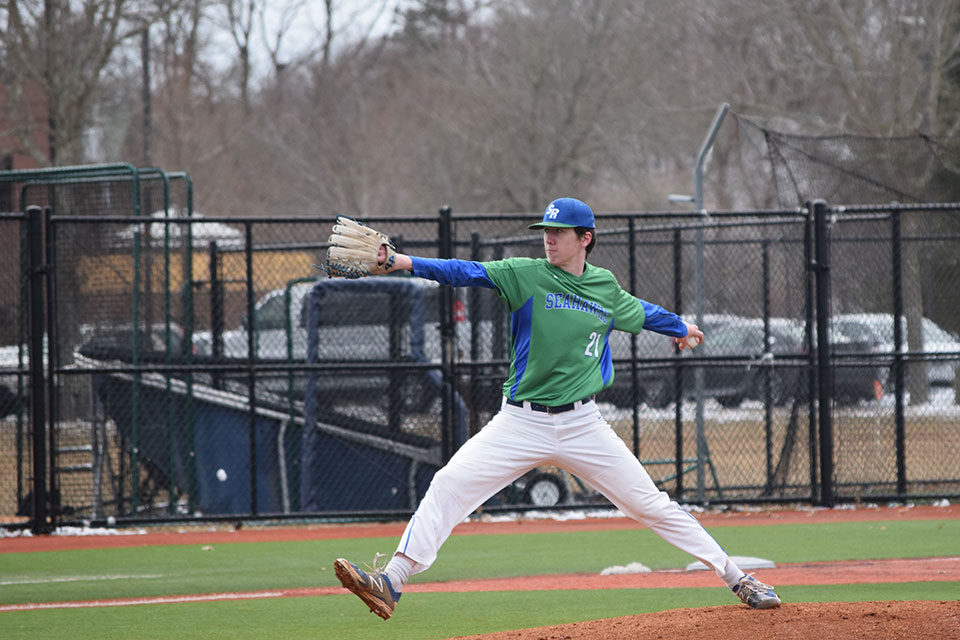 “We are very young, but we have a lot of tested older guys who have played in at least one or two conference championships and NCAA Regionals,” said Cirella. “Every senior, junior and sophomore knows they have to do more this year to help drive the bus, as these four guys cannot do it alone. I expect major contributions behind the scenes from so many of our older guys. Through week one in the spring it has been a fun group to coach.”

Barlok has the best day-to-day attitude of any position player on the team, according to Cirella. He is an extremely consistent person, and his greatest strength is that he challenges the other players and coaches to be the same.

“I expect him to continue to empower the younger players and to be that glue that holds us together while we play a difficult and challenging schedule,” said Cirella. “I know he will do it with passion in his heart as well as a smile on his face.”

Second-year captain Ketch has been an All New England outfielder and has a legitimate shot to be one of the top catchers in the region this year. He is a dynamic player who has helped the Seahawks win with power and speed, and he understands the game like a coach and provides great defensive strength.

“It has really been fun to sit back and watch Dylan develop into a more complete player every year,” Cirella said. “I expect him to help teach the young guys how to go about their business the right way as we head into our 2020 campaign.”

Maybach’s worth ethic and attention to detail should be a carbon copy for success used by every pitcher who puts on a Seahawk baseball uniform, according to Cirella. When he steps on the mound, he is always prepared and there is a feeling within the Seahawks team that they can beat anyone in the country on that day.

“He battled some injuries last year but has prepared himself to lead a challenge-tested staff in 2020,” said Cirella. “I fully expect the pitchers to take the next step this year, and having Pat around every day has helped bring some of the younger guys along faster than expected.”

As a junior captain, Ward is as athletic of a player you will see in the CCC this year, and he can do it with his glove, his bat or his speed. Defensively, he wants the ball hit to him and he makes some of the hardest plays look easy.

“I’m really proud of the adjustments Madden has made offensively so far this year, as I expect him to be mentioned in All Region conversations in a couple months,” said Cirella. “He is a great teammate and the guys really respect how he works. His calming presence in the infield helps everyone.”

The Seahawks were 28-18 overall in 2019 and 8-6 in CCC regular season, and they reached the championship series at Roger Williams University. On Saturday, May 11, Salve Regina earned its third conference crown in four years and 10th title overall.