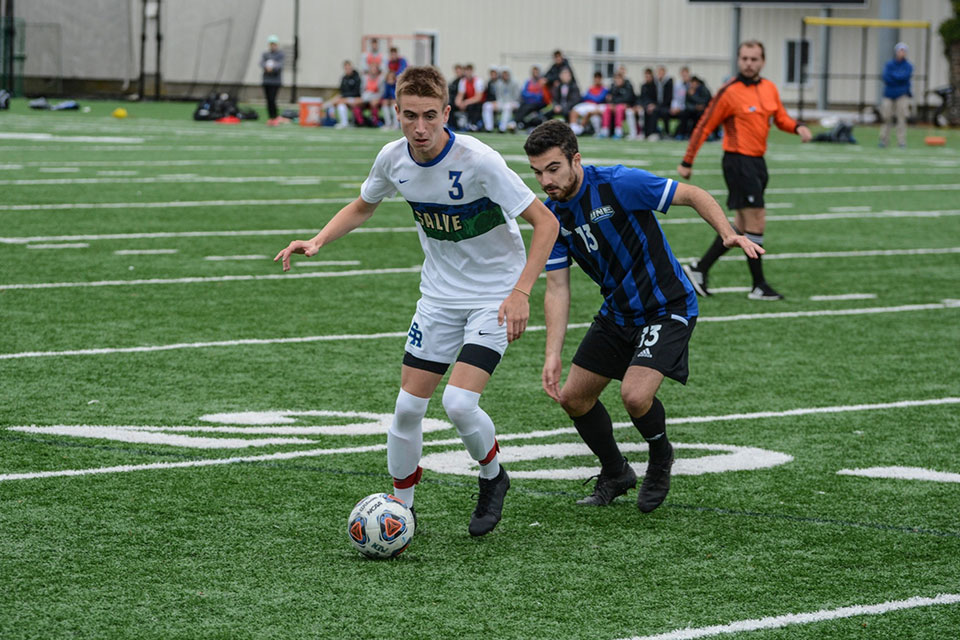 Kelley was named defensive player of the week after helping the Seahawks earn a pair of shutout wins last week. Salve Regina’s opponents were not only kept off the scoreboard, they were also held without a shot on goal. Kelly also provided an assist on the game-winning goal against the University of New England.

“Casey has been an absolute stalwart for us ever since he walked into preseason three years ago,” said head coach Craig O’Rourke II. “This year, his passing and possession is totally on point with how he contributes to our shape going forward.”

Winiarski was named offensive player of the week and rookie of the week after netting goals in both of Salve Regina’s wins last week. Against Lasell College, he capped off a five-goal effort by the Seahawks. He added two more goals as Salve Regina defeated the University of New England to remain unbeaten in conference play.

“(Sam’s) willingness to convert from playing on the width to moving up top has helped us add a greater degree of possession in our opponent’s half,” O’Rourke said. “That is now allowing us to create better scoring chances over the course of the 90 minutes.”