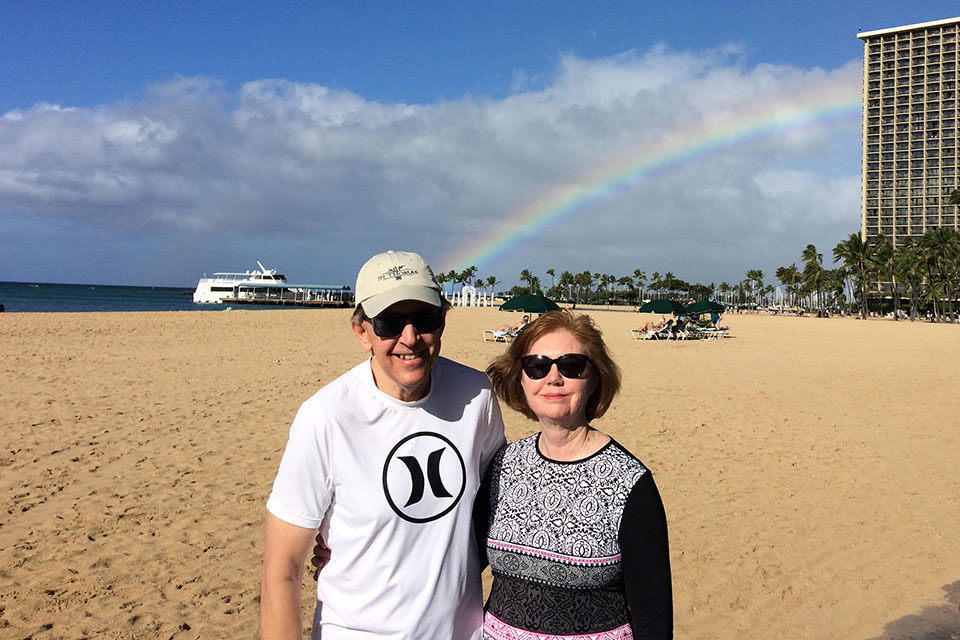 While the world may be facing current challenges like never before through the COVID-19 pandemic, the arts and humanities are places all people can turn to in times of crisis to remember humanity’s shared similarities. With this in mind, Dr. Thomas Svogun, professor of philosophy and administration of justice, and Dr. Margaret duMais Svogun, professor of English, communications and media, recently spoke about their opportunity to present papers at the Eighteenth Annual Hawaii International Conference on Arts and Humanities in January 2020.

The conference, held Jan. 9-11 in Honolulu, Hawaii, is sponsored by the University of Louisville’s Center for Sustainable Urban Neighborhoods, and its primary goal is to provide those with cross-disciplinary interests related to arts and humanities to meet with others inside and outside their own discipline.

“This conference gave me the opportunity to share ideas with academics from all over the world,” said Dr. Thomas Svogun. “It never ceases to amaze me that despite coming from so many different places, we have so much in common.”

Drawing on Hawaii’s reputation as a stopping place of explorers and enriched by the blend of ideas crossing its shores, the conference offered a diverse variety of viewpoints shaped by different cultures, languages, geography and politics. Participants included representatives of nearly a dozen countries. 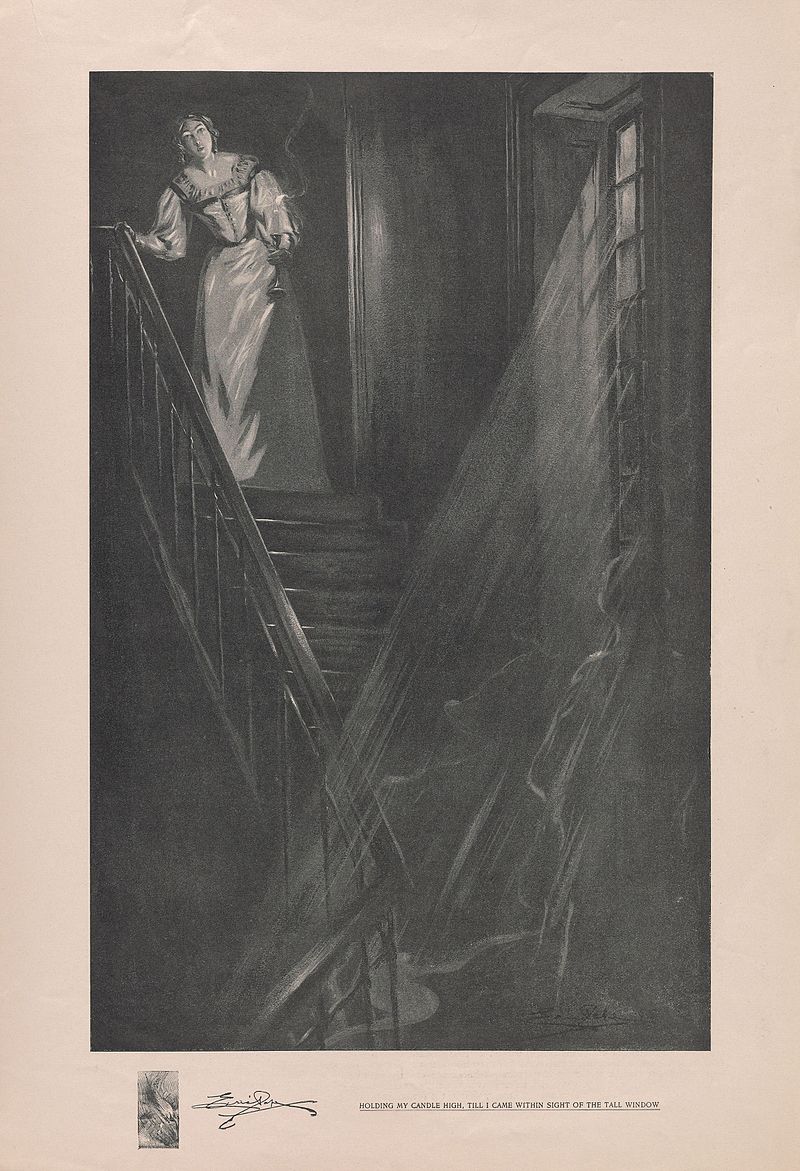 Illustration of “The Turn of the Screw” in Collier’s Weekly by Eric Pape. Public domain.

Dr. Margaret Svogun’s paper was entitled ” ‘Father’, ‘Son’, and Profane Ghost: The Unholy Trinity in Henry James’ ‘The Turn of the Screw.’ ” One of the most famous ghost stories in English literature, the dominant focus of critical attention to James’ work has usually been on the ambiguity of the narrator’s version of events. But as Dr. Margaret Svogun took a deeper look into the story of good versus evil from this angle, she saw a trinity-like pattern emerge in the three male figures in the story, which to her mind represents an unholy alliance of male hierarchy that the governess must confront.

Dr. Margaret Svogun commented about the ways that seeing people attending her presentation from other countries who are still inherently interested in an English ghost story like “The Turn of the Screw” impressed upon her the reality that humanity truly is similar no matter what part of the globe one is from.

“The enduring international appeal of James’ story seems to confirm that all people most fear those things we can’t fully know or understand — whether these are experiences that suggest the existence of  an unseen world beyond our physical selves, or the threat of illness that spreads in ways we can’t control,” said Dr. Margaret Svogum. “Knowing we share fears can help us recognize the need to share solutions.” 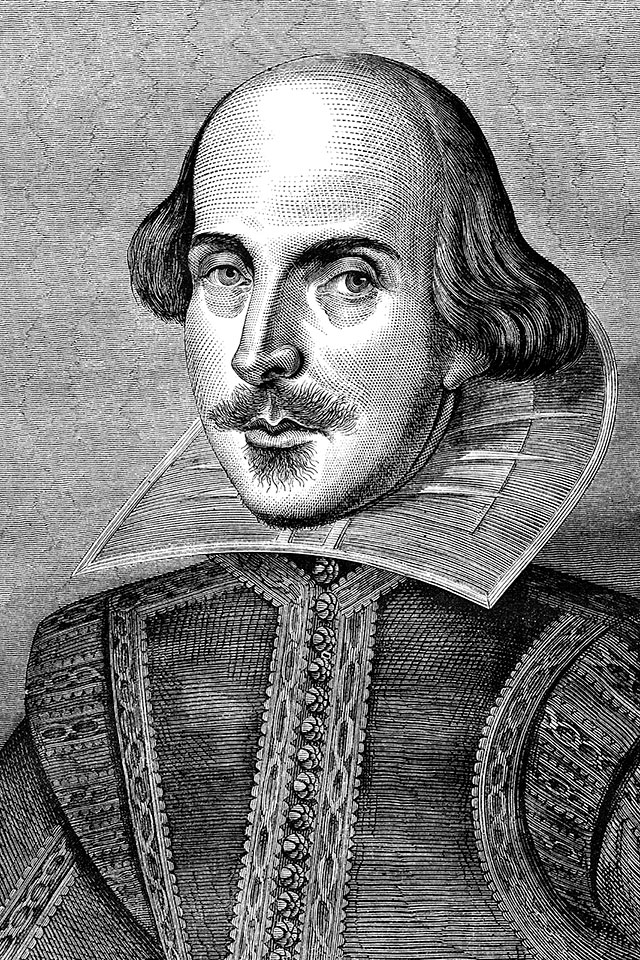 Dr. Thomas Svogun’s paper, entitled “Reflecting on the Test of Caskets in ‘The Merchant of Venice’: Pure Procedural Justice and Shakespeare’s Critique of Liberalism,” proposes that the test of caskets indicates both the limits and opportunities presented by the procedurals justice at the heart of the Venetian constitution and the modern commercial republic.

The paper was a further development of a chapter Dr. Thomas Svogun has published in the volume “The Soul of Statesmanship: Shakespeare on Nature, Virtue, and Political Wisdom,” a collection of essays edited by Khalil Habib and Joseph Hebert, Jr., that show the role of politics and politicians in Shakespeare.

“My interest in Shakespeare stems from the extraordinary insight the Bard provides on the human condition,” said Dr. Thomas Svogun. “Shakespeare’s plays and poetry pierce through humanity’s divisions, uniting all who read them in contemplation of those fundamental themes and questions that all of us, regardless of time or place, wrestle with.”

The Svoguns enjoyed conversations with people from Japan, Europe, New Zealand, Australia, Japan, Taiwan, China, South Korea, the Middle East, Africa and South America during their time at the conference. They do not take these interactions in January lightly with the current challenges facing the world, but seeing the inherent connectedness of humanity which was so apparent at the conference, they hope the world will continue to face the current demands with solidarity.

Feature photo by provided by the Svoguns