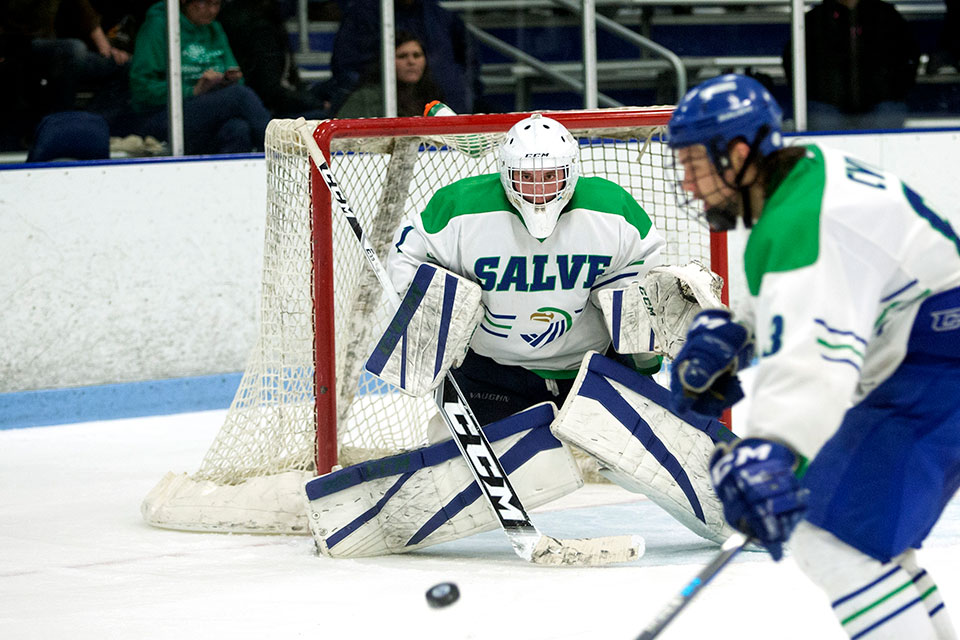 Mikey Spencer ’22 was named rookie of the week for men’s basketball after averaging 16.0 points, 6.5 rebounds and 2.0 assists in two games for Salve Regina. His biggest game of the week was a game-high 25 points on 10-for-19 shooting, including five three-pointers. He also had eight rebounds in that contest. Overall for the week, Spencer shot 48.1 percent.

Blake Wojtala ’19 was named goalie of the week for men’s ice hockey after earning two wins for Salve Regina last weekend, catapulting the Seahawks to the top of the conference standings. He made 32 saves in each of the contests against Nichols College, while also surrendering two goals. He finished the week with a .941 save percentage and 2.01 goals-against average.