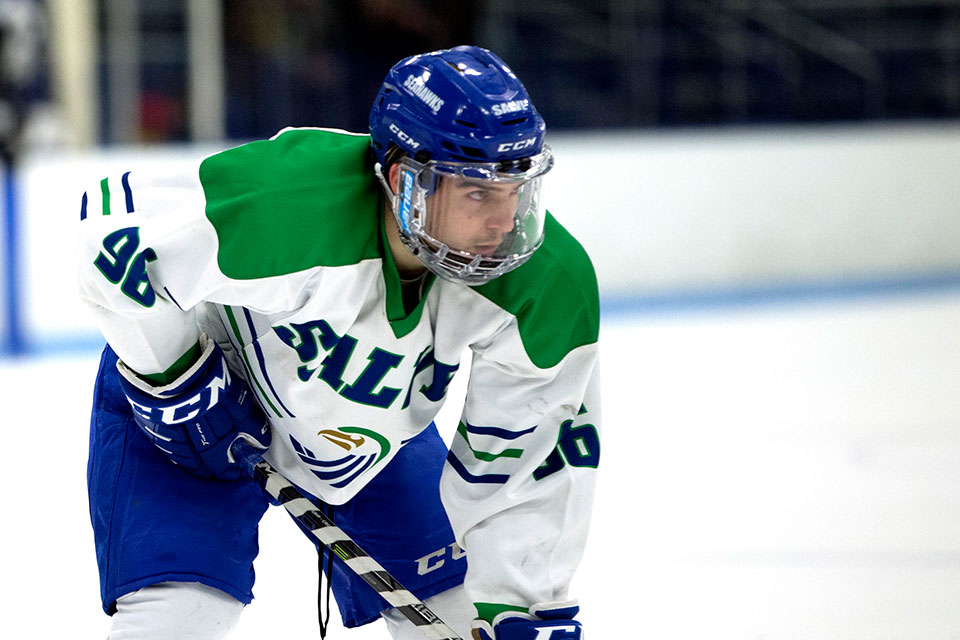 Danny Eruzione ’21 was named player of the week after scoring eight points for Salve Regina in two conference wins over Becker College. He had a six-point night (two goals, four assists) on Feb. 8 before picking up two more assists on Feb. 9. He finished the week with a plus-five rating and currently leads the team in scoring. Eruzione is also 13th in the nation in points per game.

Salve Regina (16-6-2, 12-3-1 CCC) returns to action Saturday, Feb. 16, when it travels to Maine for a matchup with University of New England to determine the No. 1 seed in the conference.

Taylor Chisholm ’19 was named player of the week after recording three goals and two assists in a weekend series split with the University of New England. In Friday’s matchup, she posted a goal and an assist in the losing effort. She followed that with two goals and an assist (including netting the game winner with a shorthanded tally) as Salve Regina closed their regular season with a 3-2 win.

Salve Regina (6-17-2, 3-8-1 CHC) wrapped up the regular season and will await next week’s results to learn if it qualifies for the playoffs.