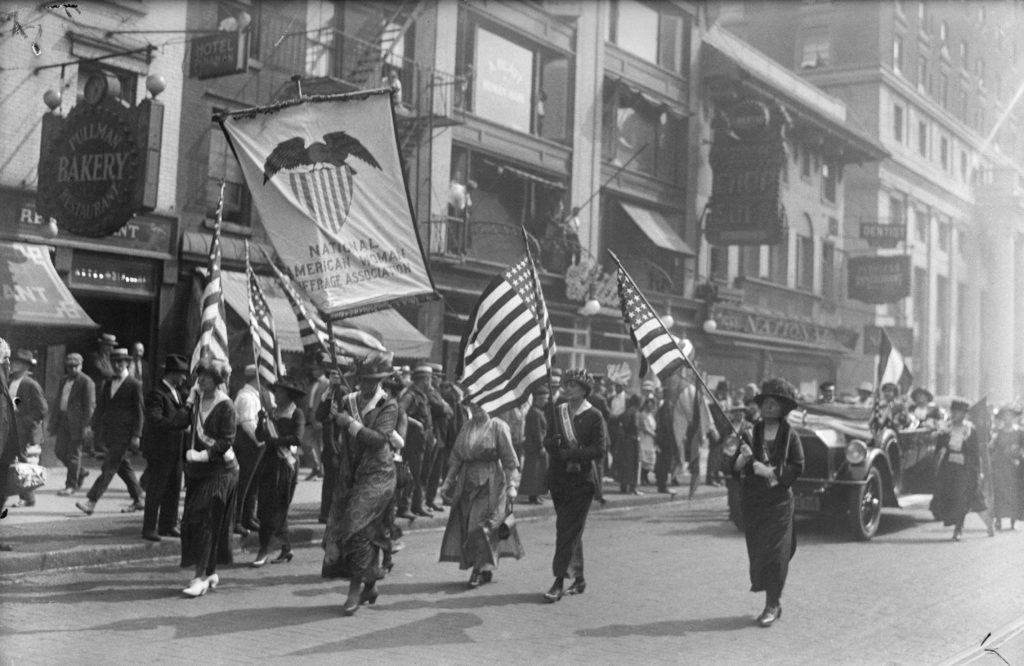 Members of the American National Woman Suffrage Association marching from Pennsylvania Terminal to their headquarters after welcoming home Mrs. Carrie Chapman Catt, president of the Association on her arrival from Tennessee. Mrs. Catt led the forces that brought about the ratification of the nineteenth amendment. Photo by FPG/Getty Images.

Salve Regina’s Pell Center for International Relations and Public Policy partnered with the League of Women Voters, Newport County for a centennial celebration to celebrate this momentous occasion. They hosted Dr. Susan Ware, leading feminist historian and author, to discuss her recent book, “Why They Marched: The Untold Stories of the Women Who Fought for the Right to Vote” at an event at Salve Regina on March 3, 2020. 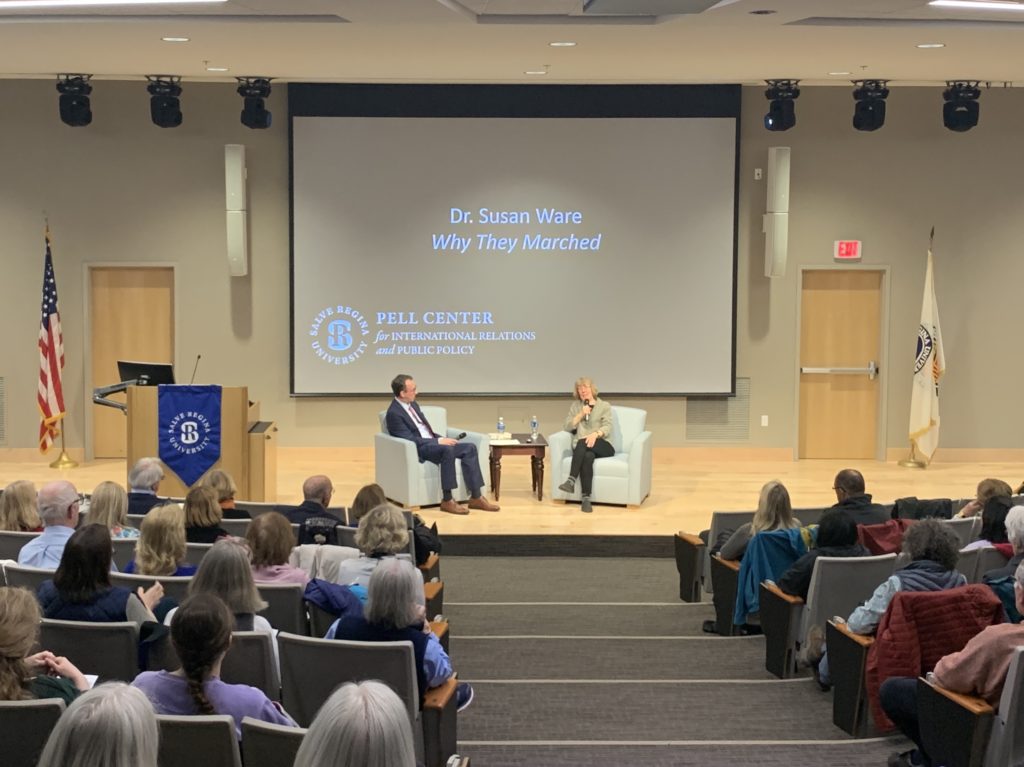 A pioneer in the field of women’s history and a leading feminist biographer, Ware is the author and editor of numerous books on twentieth-century U.S. history and serves as the Honorary Women’s Suffrage Centennial Historian at the Schlesinger Library at the Radcliffe Institute for Advanced Study.

She describes writing “Why They Marched,” saying the history we know fails to reflect the diversity of the movement that won women the right to vote 100 years ago.

Beginning the book in 2015, Ware said today’s political atmosphere made the topic of women’s politicization and voting rights even more important and timely.  “[It’s] resonating in unexpected ways with audiences today just because of where we are in 2020 heading into a major election,” she said.

Women at a booth implore passers-by to vote yes on women’s suffrage at a vote to be held on in New Jersey in 1915. They are holding signs and wearing sashes reading “votes for women.” Photo by FPG/Getty Images.

Story in the Public Square broadcasts each week on public television stations across the United States. A full listing of the national television distribution can be found here. In Rhode Island and southeastern New England, the show is broadcast on Rhode Island PBS on Sundays at 11 a.m. and is rebroadcast Thursdays at 7:30 p.m.

“Story in the Public Square” is a partnership between the Pell Center and “The Providence Journal.” The initiative aims to study, celebrate and tell stories that matter.