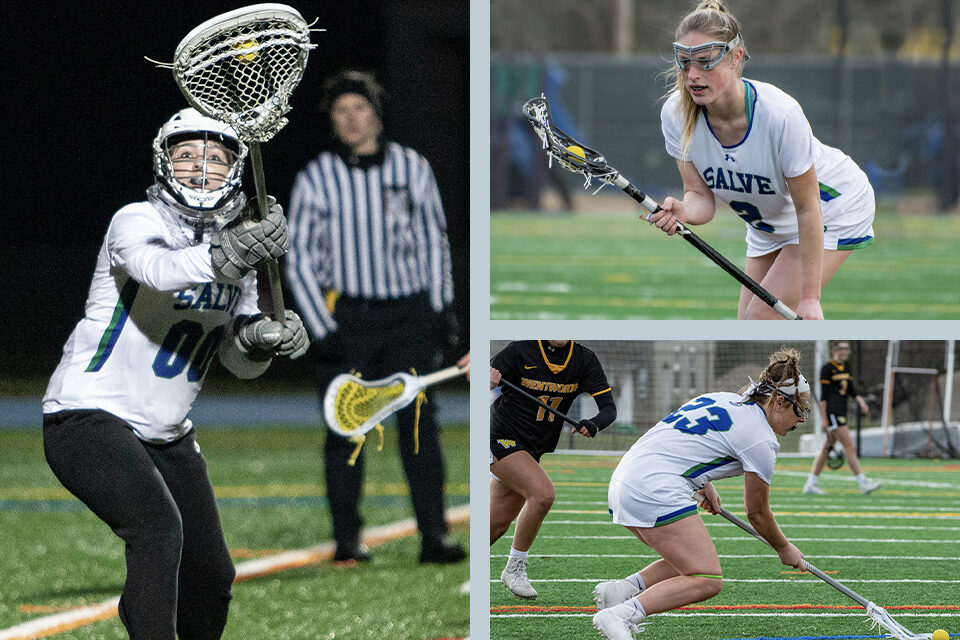 The Commonwealth Coast Conference (CCC) recently announced its 2022 Women’s Lacrosse All-Conference Teams and major award winners, and there were three members of the Salve Regina women’s lacrosse team among the honorees.

Goalie Grace Haesche ’25 finished the regular season third in the league in goals-against average (9.81) and first in save percentage (52.9 percent), which also ranks her in the top 25 of NCAA Division III.  Because of her accomplishments, Haesche was named Rookie of the Year and a third team goalie. The rookie netminder was challenged often, posting double-digit save numbers four times and topping out at 23 saves in a game against Endicott.

Midfielder Nicole Smith ’22 scored 50 goals on the season and 37 versus conference foes, the most in the CCC, and earned first team All-CCC. Kimberly Dunn ’22 posted career-highs across the board serving as the Seahawks primary defender and was named third team All-CCC.

Voting for the All-CCC Teams and major awards was conducted by the nine CCC women’s lacrosse head coaches following the conclusion of the regular season. For the complete list of All-CCC honorees and major award winners, go here.