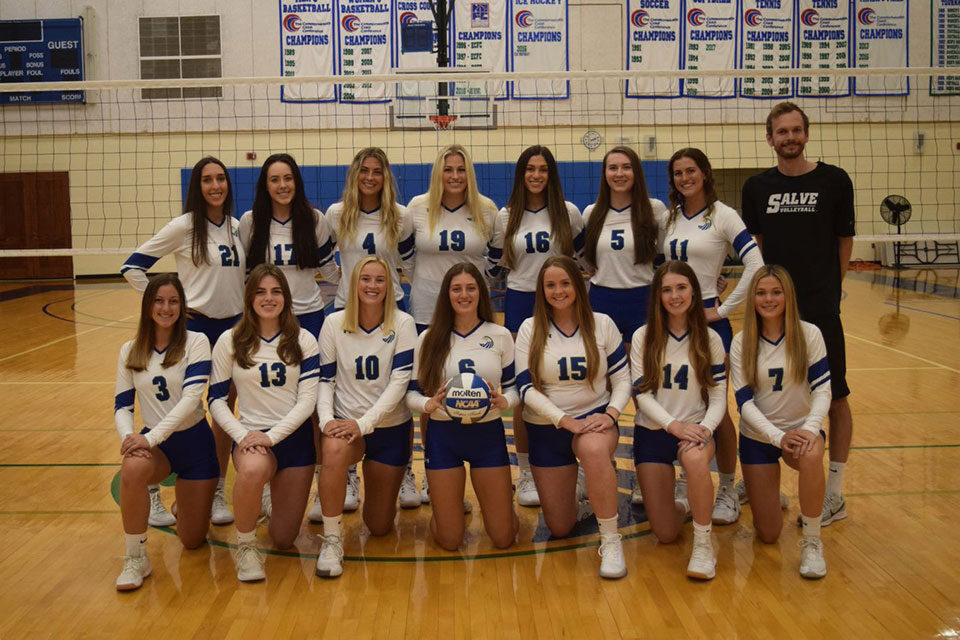 “I could not be more proud of our student athletes for this national recognition,” said Sebastian Noordzy, head coach of women’s volleyball. “Academics is one of the pillars of our program, and for a whole team to prioritize academics really shows our commitment to ourselves and our commitment to each other.”

The United States Marine Corps and the American Volleyball Coaches Association announced that more than 1,200 collegiate and high school volleyball teams have earned the USMC/AVCA Team Academic Award this season. The award, initiated in the 1992–93 academic year, honors volleyball teams that maintain a year-long grade point average of 3.3 on a 4.0 scale or 4.1 on a 5.0 scale.

“Academic achievement does not happen by accident,” said Kathy DeBoer, executive director of AVCA. “I’m so proud of the hundreds of coaching staff that make excellence in the classroom a priority.”