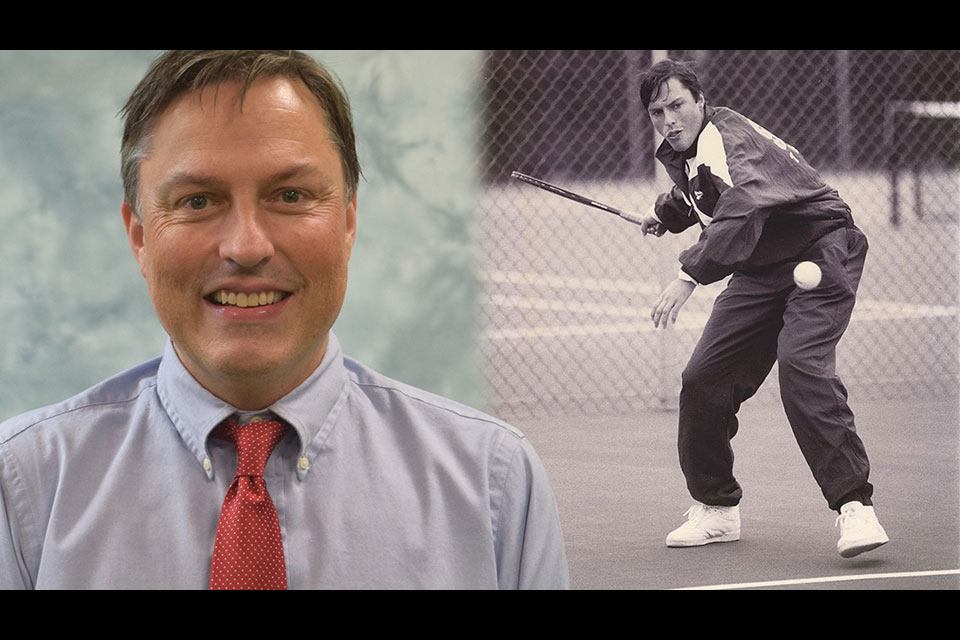 Adam Zaccara ’95 has been named head coach of the men’s and women’s tennis teams, becoming the first former player to return as head coach of Salve Regina’s tennis programs.

“Adam contributed as a volunteer last season when (former head coach) Pete Torgrimson and his wife, Lindsey, were expecting their first child,” said Jody Mooradian, director of athletics. “As an alum, he made instant connections with our players while providing invaluable assistance for Pete. Having played (1991-1995) when current associate athletic director Ed Habershaw served as our head coach, Adam also brings a great deal of knowledge and affection for the history of the school and its athletic programs.”

“It is so great to call myself a ‘Salve Seahawk’ again,” Zaccara said. “I had some of the best memories of my life the four years I spent as a student athlete playing tennis for Salve Regina. It is surreal to be walking back out on the same courts leading the teams to winning seasons again.”

In addition to his alumni status, Zaccara packs experience as a player, coach and instructor with more than 30 years in United States Tennis Association and United States Professional Tennis Association events. He is also the founder and/or organizer of several nonprofit tennis-related events such as ACEing Autism and the USTA’s Net Generation youth wheelchair tennis camps.

A native of Brookfield, Connecticut, and graduate of The Taft School, Zaccara spent five seasons (2006-2010) as an instructor and outdoor club manager at the International Tennis Hall of Fame.