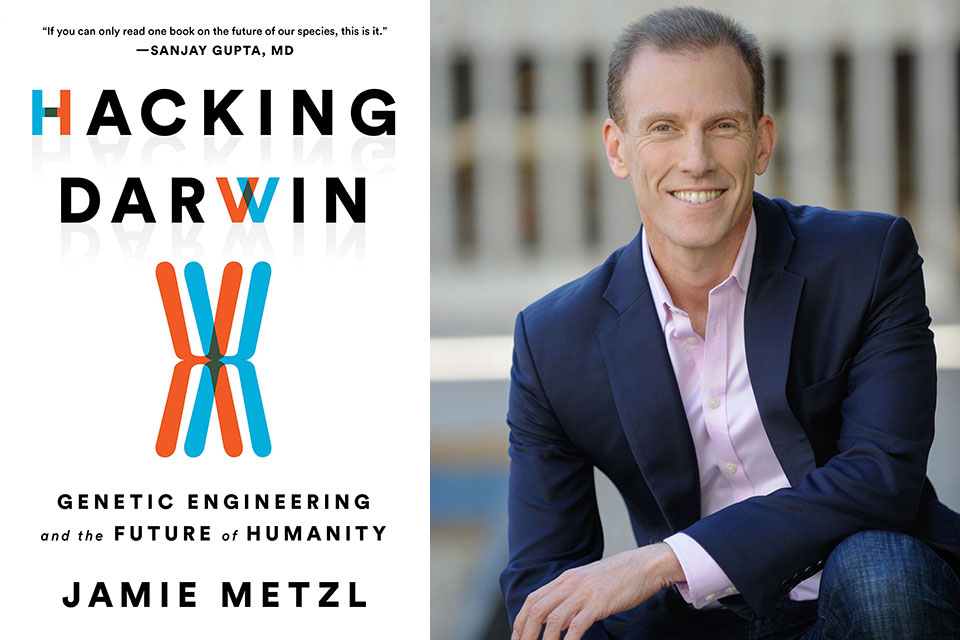 Leading futurist and geopolitical expert Jamie Metzl will discuss the opportunities and challenges of the genetics revolution when he visits Salve Regina as part of the Pell Center for International Relations and Public Policy’s fall lecture series.

“Hacking Darwin: Genetic Engineering and the Future of Humanity” will be held at 7 p.m. Tuesday, Nov. 19 in the Bazarsky Lecture Hall. To RSVP, visit the Pell Center’s Eventbrite page.

Far sooner than most of us think, the genetics revolution will transform the world within and around us. But while we currently think about genetic technologies primarily in the context of health care, the tools we are developing will soon change the way we make babies, the nature of the babies we make, and ultimately our evolutionary trajectory as a species. Are we ready for what’s heading our way?

Metzl will explore what the genetics revolution means for you, your company, the country and the world – and what we must all do now to prepare. The genetics revolution will have massive business implications that will increasingly define organizational success and failure in the 21st century.

A science fiction novelist and senior fellow of the Atlantic Council, Metzl was recently appointed to the World Health Organization’s expert advisory committee on human genome editing. He previously served with the National Security Council, State Department and Senate Foreign Relations Committee, as well as the United Nations in Cambodia. He appears regularly on national and international media discussing global issues, and his syndicated columns and other writing on international affairs, genetics, virtual reality and other topics are featured in publications around the world.

Metzl has written a history of the Cambodian genocide, the historical novel “The Depths of the Sea” and the genetics sci-fi thrillers “Genesis Code” and “Eternal Sonata.” His latest book is “Hacking Darwin: Genetic Engineering and the Future of Humanity.” Jamie is a founder and co-chair of the national security organization Partnership for a Secure America and a board member of the International Center for Transitional Justice, the American University in Mongolia and Parsons Dance.