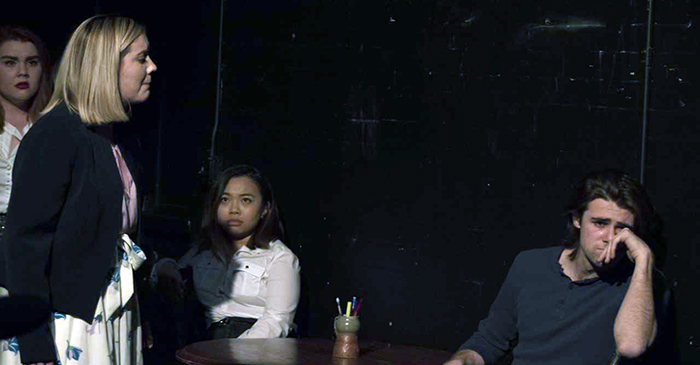 Performances will be held at 7 p.m. Friday, March 23 and Saturday, March 24, with an additional matinee at 2 p.m. Saturday, in the Antone Academic Center’s Megley Theatre. Admission is $5. Friday’s performance has sold out, but tickets are still available for the Saturday performances. Tickets may be reserved in advance, and any remaining tickets will be available at the door.

The well-known tragedy tells the classic tale of two star-crossed lovers and the feud that tore them apart. Along with “Hamlet,” it is one of Shakespeare’s most frequently performed plays. 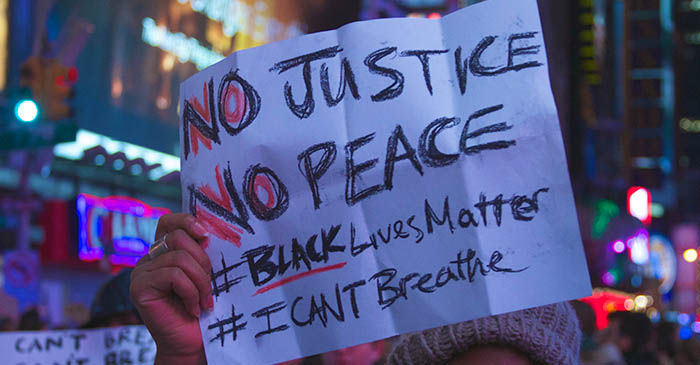 The resurgence of racial tension across the United States and the explosion of nativism in American politics have been named the national story of the year by the Pell Center for International Relations and Public Policy.

These often-intertwined narratives dominated headlines and the public discourse during much of 2015, a year that saw the country still grappling with issues of identity, race and religion that predate the founding of the republic.

From the police shooting of Walter Scott, an unarmed black man, early in the year, to the turmoil in Chicago during the waning weeks of 2015, the relationship between black citizens and local law enforcement was continually in the news. The warm-weather months were punctuated with the murder of black churchgoers in Charleston, South Carolina, by an avowed white supremacist intent on starting a race war.

On the campaign trail, candidates employed demagoguery and race-baiting before an explosion of nativism reached a fever pitch with the call by Republican presidential candidate Donald Trump to ban members of an entire religion, Islam, from entry into the United States. He and others had already called for a halt in Syrian refugee resettlement.

Collectively, these episodes tell a story about contemporary America in which all are not equal – and fear and xenophobia motivate some residents to call for radical measures.

“These narratives have a long precedent in American history,” said Jim Ludes, executive director of the Pell Center. “The U.S. constitution originally enshrined slavery and denied women the right to vote. For 190 years, African Americans were denied equality under the law.”

“And yet, this year feels different – louder, angrier and more intense than in many years,” added G. Wayne Miller, visiting fellow, director of Story in the Public Square and Providence Journal staff writer. “Events overseas such as the Paris attacks and the rise of ISIS have further stoked emotions here in America. One wonders what the temperature will be in 2016, when voters elect a new president and many other federal and local office-holders.”

The Pell Center selects a national story of the year each December as part of its Story in the Public Square initiative – a partnership between the Pell Center and The Providence Journal to study, celebrate and tell stories that matter. 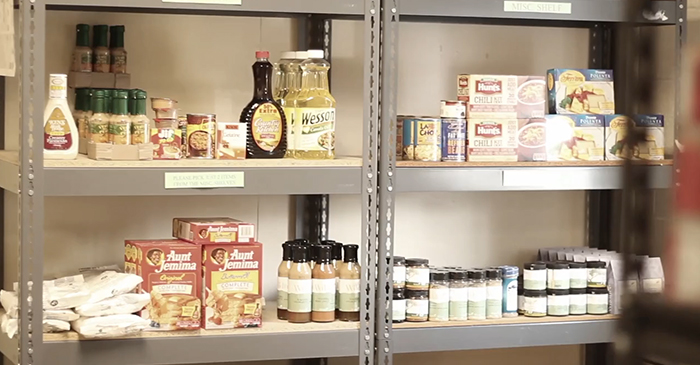 The Office of Community Service invites all offices, departments, clubs, teams, residence halls, classes and organizations, along with students who want to form a team of their own, to participate in this year’s Thanksgiving “Feed a Friend” food drive challenge.

The team with the most non-perishable food items in its basket(s) will win a $100 prize, sponsored by the Office of Community Service and the Student Government Association.

Baskets should be delivered to the Wakehurst lobby by 4 p.m. Thursday, Nov. 20. 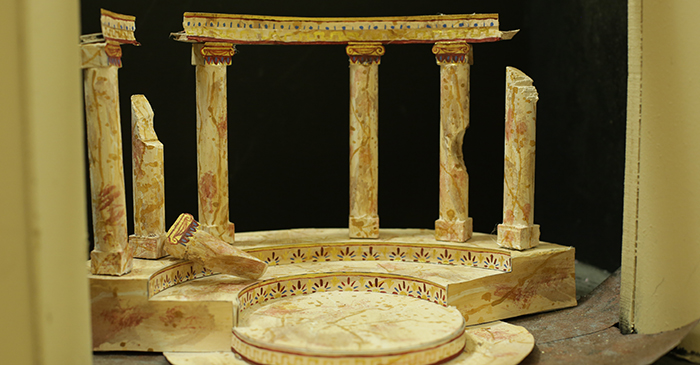 Contrary to our traditional visions of white toga-clad citizens in a bleached-out ancient landscape, new research has revealed evidence that the Greeks in fact created a vividly colorful world for themselves, a world that has been shrouded by theatrical misinterpretation until now.

Salve Regina’s upcoming production of “Antigone” (Feb. 13-16) will allow audiences to appreciate the ancient Greeks in all their historically accurate (and colorful) glory, without the director taking conceptual liberties with the classic play’s time or setting. The result will be a portrayal of citizens of Thebes who are not only clad in color, but are gritty, dirty and living in a world of hard labor.

“There have been so many examples of productions of classic works where directors have found it necessary to impose a concept on the piece, placing it in modern times or updating the language to use modern-day colloquialisms,” says Reggie Phoenix, associate professor of theater and “Antigone” director. “I think it is the original settings and contexts that make them the rich classics they are. After all, what can be more compelling than the story of a young girl standing up to male power 3,500 years ago?”

New York City costume designer Jessa-Raye Court is working with students to recreate a world rich in colorful fabrics and textiles for the production based on new research she’s discovered about the ancients. Theatre arts majors Olivia Gavriel ’14, scenic designer, and Samantha Gibbons ’14, lighting designer, are using the production as a basis for thesis projects.

“In fact, the world was so filled with explosive patterns and color that it might almost be considered vulgar by today’s standards,” Phoenix says. “It’s something that hasn’t been done yet in terms of approach to ancient Greek theater. I think we might be one of the first productions that takes that into consideration.”

Admission is $10 for general, $8 for senior citizens and military and $5 for members of the Salve Regina community. For information or reservations, call the Box Office at 401-341-2250 or visit www.tinyurl.com/salvecasino. 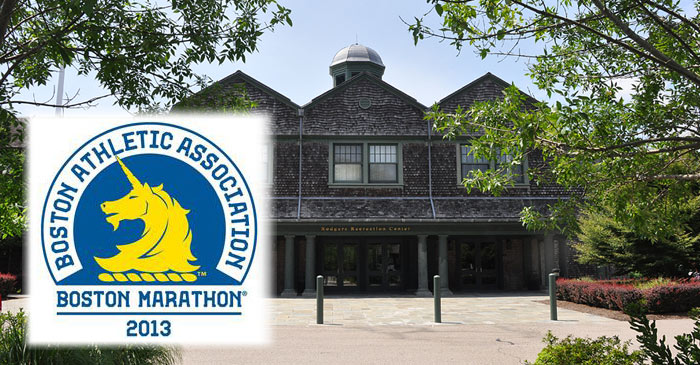 Dress in your Salve Regina apparel and join the university community tomorrow for a lunchtime walk/run to express support for the victims of the Patriot’s Day bombing at the Boston Marathon.

The event will start at 12:30 p.m. Thursday at the Rodgers Recreation Center. All members of the campus community are invited to participate; no registration required.

“Well Wishes for Boston”  is being coordinated by the university’s office of community services, which will provide ribbons that participants can pin to their shirts during the event.

Tables will be set up in the O’Hare Academic  Center lobby today and tomorrow from 9-11 a.m. where students can drop off cards that will be delivered to Salve Regina alumni Kimberly Howley, who works as an emergency room nurse at Massachusetts General Hospital. Howley will coordinate distribution of the cards to those injured in the tragedy and to the doctors, nurses and emergency personnel who responded to their medical needs.

Kelly Powers, coordinator of community services at Salve Regina, is spearheading the event. She is a three-time Boston Marathon participant who, in talking with fellow runners at Salve, wanted to do something to show support.

“I was talking with a friend about getting together for a run and then we just though, ‘why not open it up to the community.’”