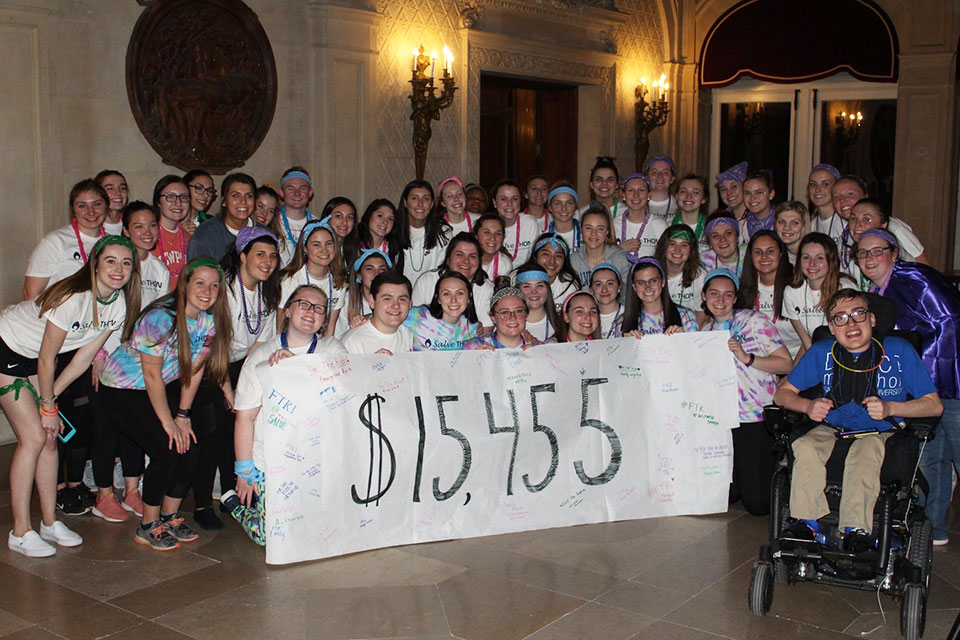 Salve Regina’s annual SalveTHON is set to run on Saturday, March 27 from 10 a.m. to 10 p.m., promising 12 whole hours of fun programming to help raise funds for Hasbro Children’s Hospital in Providence, Rhode Island. And while the pandemic has changed the way that the event usually operates, there should be plenty ways to make memories that day.

To register for the upcoming all-day Saturday event or to donate, click here. In order to participate, people should sign up by the end of day on March 26.

“SalveTHON’s motto is ‘We stand for those who can’t,’” said Ashley Cannata ’22, a co-president for SalveTHON. “What we’re doing is not for ourselves, it’s not for selfish reasons. It’s for the children who have spent their lives not knowing what’s going to happen to them…. It’s unimaginable how strong these kids are.”

Salve Regina’s specific goal is to raise $20,000 for the 2020-21 academic year. SalveTHON raises money throughout the academic year, and the event on March 27 is the culmination of its effort in raising funds for Hasbro Children’s Hospital.

“We start recruiting participants at the beginning of the school year during Club Rush,” said Emily Wyrick ’22, who is a co-president of SalveTHON. “People can sign up, and as soon as they sign up, they can start fundraising at the … beginning of October. So they can raise money on Venmo boards, through Facebook fundraisers, etc. We also have fundraising events throughout the year.” 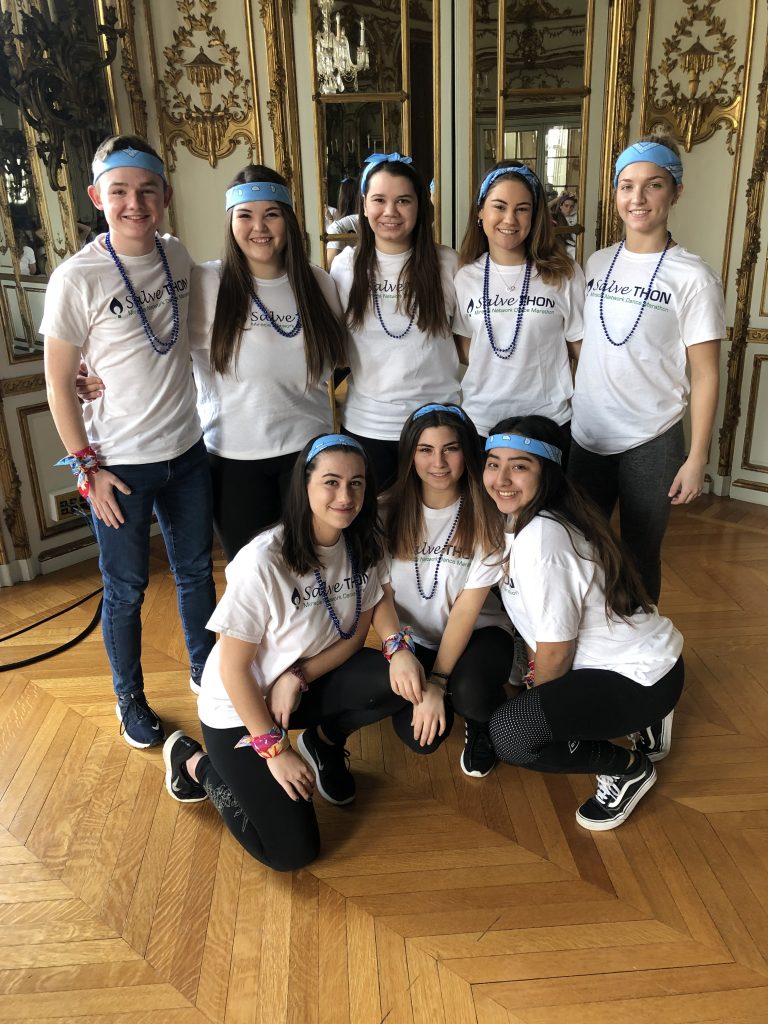 A group that participated in SalveTHON in 2019.

Usually, SalveTHON is a 12-hour event held in Ochre Court, with each hour being a different activity that culminates in what is called Power Hour—the last hour where participants dance away the evening. Because of the pandemic, many things had to be changed to accommodate safety, but the essence of the event remains the same.

This year, participants will be put into groups and assigned to a room in O’Hare Academic Building, where they will be socially distanced and wearing masks. The activities—which are generally a surprise—will be brought to them each hour in their designated room. A few of the hours of programming will be held outside in an outdoors tent, including the Power Hour. Lunch and dinner will be held in the outdoor tent as well.

For those who want to attend virtually, there will be virtual options on Zoom as well. Each room in O’Hare Academic Building will have a computer linking them to Zoom, so the physical rooms will be able to communicate virtually all day. There will also be special Zoom breakout rooms and activities for those who are off campus and need to participate virtually only.

Staff, faculty and students are all encouraged to participate—and people can sign up as an individual or to be in a group. Each individual signing up will be assigned into a group, so they will not be doing any of the event alone. People will get shirts that they can wear throughout the day.

There will also be raffle prizes announced on March 27, and tickets are being sold now for a variety of prizes. They can be purchased in Gerety Hall through Friday, March 26.

To register for the upcoming all-day Saturday event or to donate, click here. Participants should sign up by the end of day on March 26. For more information, reach out to Gregory Labrie ’22, the programming coordinator for SalveTHON, at gregory.labrie@salve.edu or direct message SalveTHON’s Instagram account.

Featured photo is from SalveTHON in 2019, when the event raised $15,455 for Hasbro Children’s Hospital.