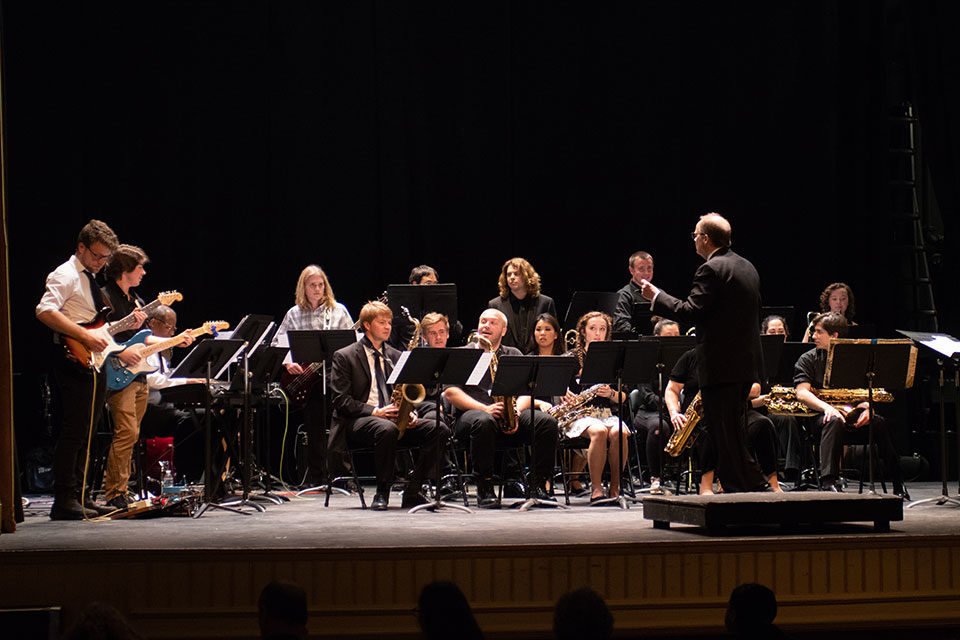 April always brings the sound of music to campus—so get ready to listen to the spring performances presented by the music program in the Department of Music, Theatre and Dance. All throughout the month of April, there will be seven performances by the University’s music ensembles, the Newport Community Symphonic Band and the Newport County Orchestra.

For more information on how to purchase tickets for these events, call the music program at 401.341.2295.

The annual Spring Choral Concert at Ochre Court will feature the University Chorus and Madrigals Chorus, as well as  the a cappella groups Pitches with Attitude and Mixtapes. The program is open to the public. Tickets will be available through Eventbrite and at the door.

Selections will include music of Henry Purcell, Jean Berger, Pärt Uusberg, The King’s Singers, and George Gershwin; arrangements of Spirituals by Mark Hayes, Tim Osiek, and Roger Emerson; and a Choral Medley from My Fair Lady, by Lerner and Loewe.

The Jazz Summit at The Parlor on Broadway in Newport will feature music by the Salve Jazz Ensemble and Combo.

The A Cappella Concert in O’Hare 260 will feature music from Pitches with Attitude, Mixtapes, A Cappella Arrangements and Medleys. Admission is free to this one, so be sure to stop by.

The Orchestra Concert at Casino Theatre will feature music from Beethoven, Rossini, Brahms.

For more information on how to purchase tickets for these events, call the music program at 401.341.2295.