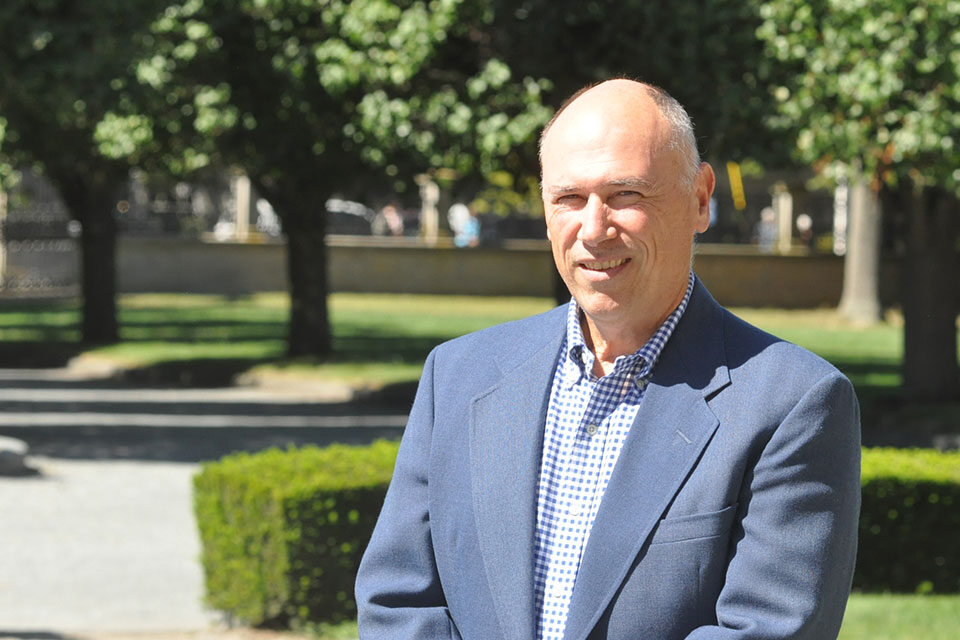 Jeffrey Shaw, adjunct professor in both the humanities graduate program and the international relations doctoral program at Salve Regina, has authored the first book ever published in the English language that examines the 14-year-long Ethiopian-Adal War of the 16th century.

Published by Helion and Company, “The Ethiopian-Adal War, 1529-1543: The Conquest of Abyssinia” illuminates the enduring significance of a war that has been historically marginalized—hidden in the shadows behind many other events that characterized the 16th century in the Western worldview. The momentous 16th century is considered by many historians and scholars to be the beginning of the modern era, Shaw explains.

“The Protestant Reformation consumed Europe, the conquistadors were planting the Spanish flag in Mexico and Peru, and the Ottoman Empire’s mighty army was besieging Vienna,” explained Shaw. “As these events unfolded, Ethiopian kings faced an unprecedented challenge along their southeastern periphery. The Sultan of Adal courageously led a small yet determined army into the Ethiopian highlands, intent on incorporating Christian Ethiopia into the Dar-al Islam.” 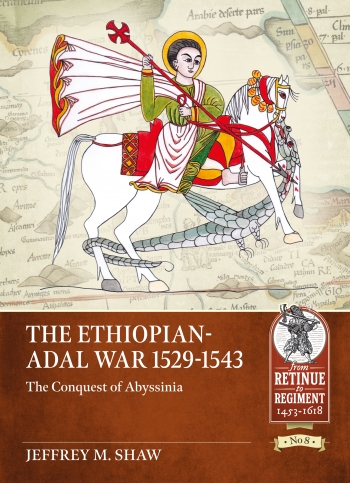 After the initial invasion by the Adal army in 1529, Ethiopian forces were defeated as a result of their not having sufficient firearms, Shaw explains.

“Reinforcing the Adal army were soldiers from the Ottoman Empire. In 1541, the Portuguese entered the conflict on the Ethiopian side, and Portuguese troops employing gunpowder weapons defeated the Adal army, ending the war,” he said. “The war is portrayed as a religious conflict pitting the Islamic Adal/Ottoman army against the Christian Ethiopians, reinforced by the Portuguese—who were not only Christian, but vehemently anti-Muslim.”

Ethiopia’s history is an important topic for today’s world because the country is currently growing in both power and unrest in East Africa, according to Shaw.

“Ethiopia is sadly witnessing a burgeoning civil war, one which borders on a large-scale humanitarian crisis,” said Shaw. “Understanding Ethiopia’s long history will help us to navigate the complexity of the many ethnic and religious groups struggling for political and economic supremacy in the Horn of Africa. It is for this reason that I decided to write this book.”

In writing the book’s forward, noted military historian and professor Jeremy Black, who has written over 100 books himself on topics ranging from ancient to modern warfare, praised Shaw’s work as an “informed account that is of value not only to specialists on the region, but also to all those interested in African history, the history of the wars of religion and the sweeping panoply of sixteenth-century military history.”

Shaw is the author and editor of numerous other books and journal articles on the topics of national security, philosophy of technology and military history. His three-volume collection entitled “War and Religion: An Encyclopaedia of Faith and Conflict” (ABC CLIO) was chosen by the American Library Association as an Outstanding Reference Source for the year 2018.