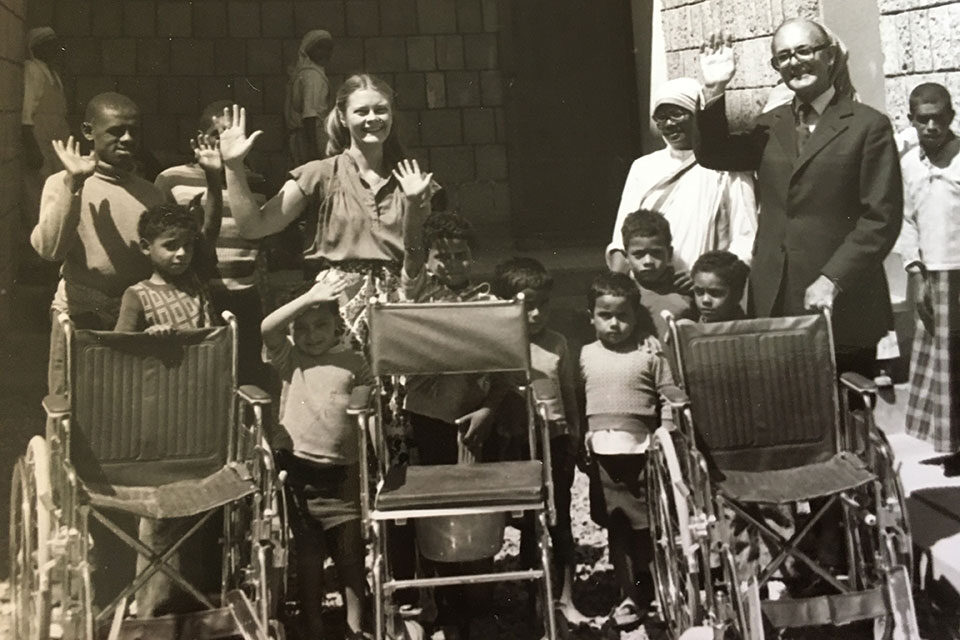 This week, the Peace Corps is celebrating 60 years of service and its mission to promote world peace and friendship. It was March 1, 1961, when President John F. Kennedy established the agency via executive order.

Over the years, Salve Regina has supported projects around the globe through its alumni who’ve chosen to serve. At last count, over 40 alumni and/or staff members from Salve Regina have volunteered with the agency, which seems fitting for the Mercy mission that the University is so known for.

Staff member Christine Lalli, prospect research analyst at Salve Regina, volunteered with the Peace Corps back in the 80s. Lalli grew up in northern Minnesota, but during her time in the Peace Corps, she was able to travel the world and serve two years in Yemen when the country was having a civil war.

While there, Lalli had two different job assignments. One was working with the Center for Disease Control and the World Bank to help supervise a preschool nutrition survey. She spent her other job working with Catholic Relief Services, where she had the opportunity to meet Mother Theresa.

“I felt like it just opened the door to the world for me,” said Lalli of her time in the Peace Corps. “If anybody wants adventure and to help other people along the way, that’s the way to go.” 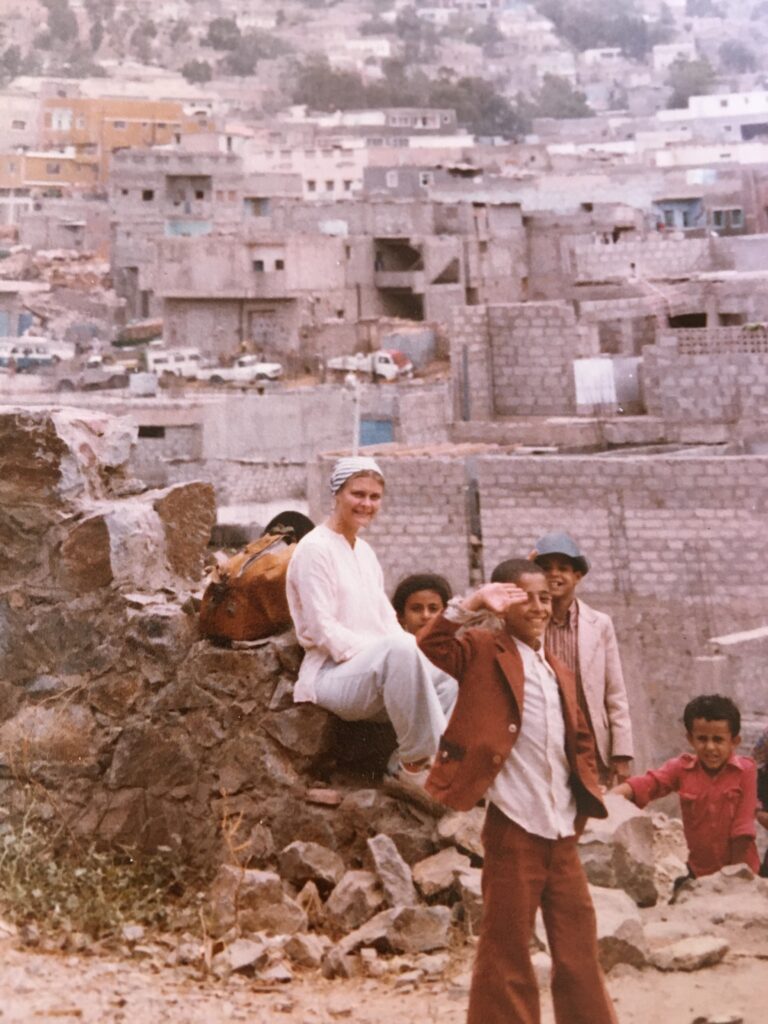 Christine Lalli in Yemen during the 80s. 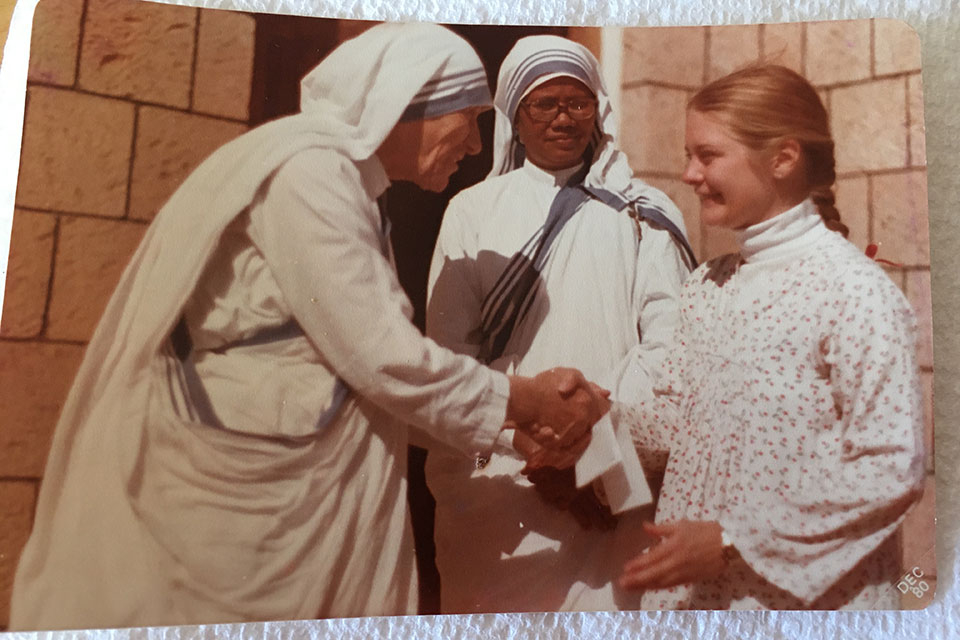 “She’s just like one of those people who have an aura,” described Lalli of meeting Mother Theresa. “She had just a feeling around her. It was very touching to meet her.”

After graduating from Salve Regina, Tarah Waters ’12 served for two years in the Peace Corps as a youth development worker in Morocco. Waters’ responsibilities included teaching English, running spring and summer camps, and organizing clubs to develop young people’s expertise in gender relations, leadership, healthy lifestyles and the environment. Waters also learned a great deal about the Moroccan people and culture while in the Peace Corps.

“I was a representative of the United States and had to hold myself to a certain level of professionalism by respecting the people I met and the new ways of life I encountered,” Waters said. “In turn, I taught my new community about the American way of life in a manner that was not imposing, but rather enlightening, so that a strong cultural exchange could occur.”

“I wanted to take a deeper dive into South America, and I’m interested in sort of following an international involvement career,” said Lussier. “So … on-the-ground experience in a foreign country is super important to that field, because it allows us to learn more about the specific cultural context that we’re making policy for.” 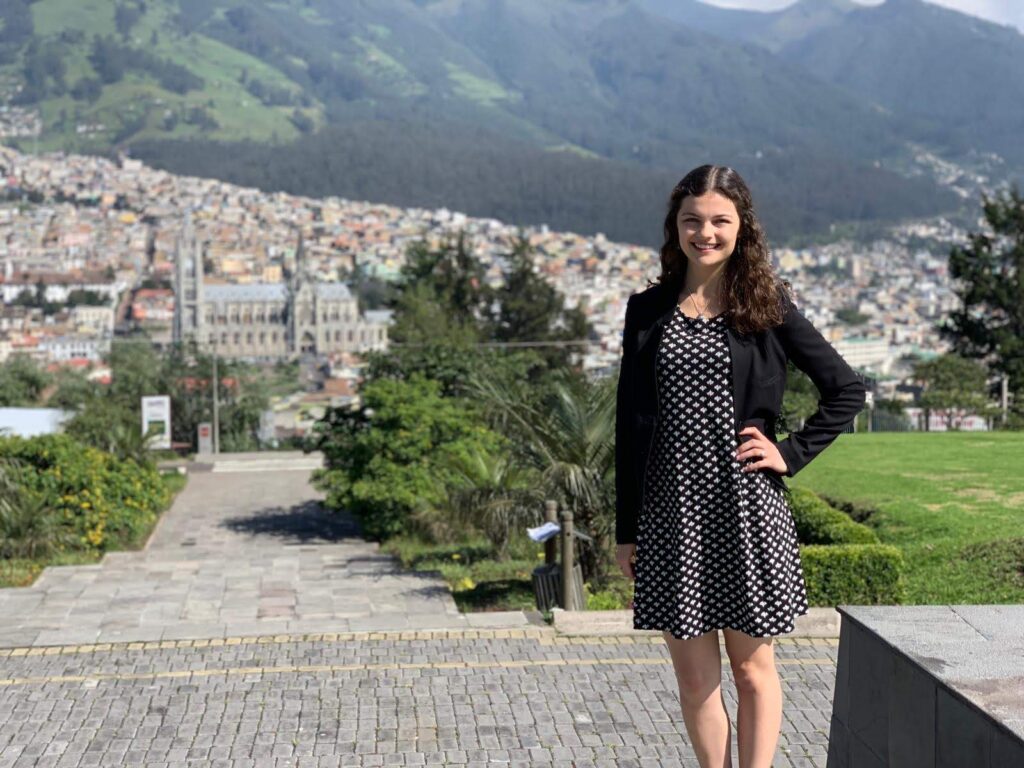 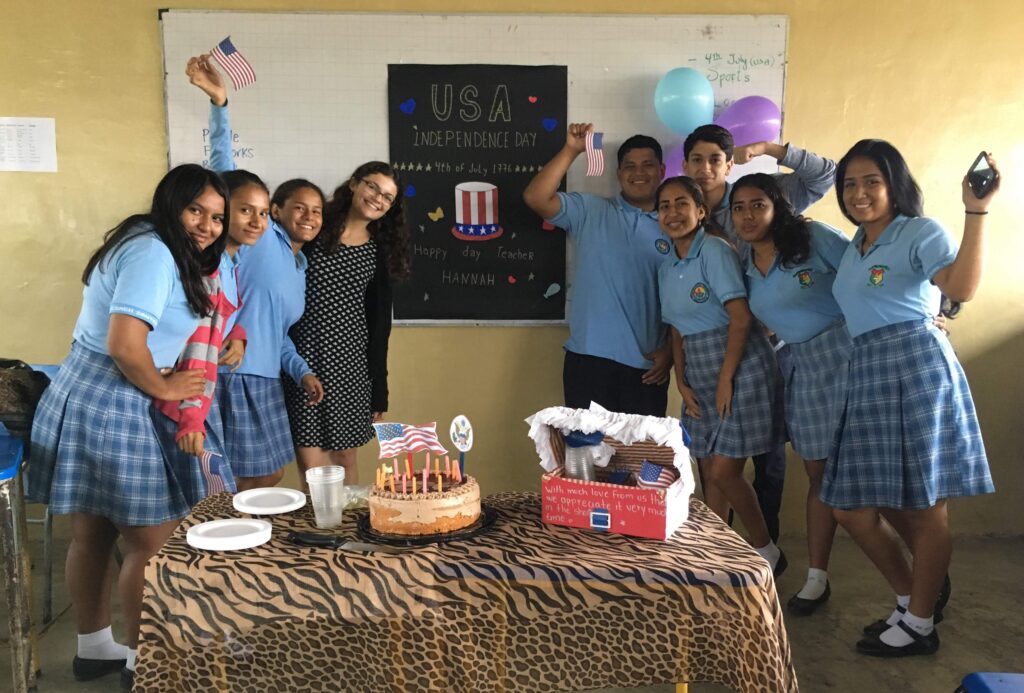 A typical day for Lussier meant waking up at 6 a.m., teaching English in the mornings and early afternoons, and then hanging out in her local community in the evenings. She lived with a host family and knew just a handful of people that are familiar with the U.S. or spoke English.

Launching a new chapter of the Peace Corps

Lussier was sent home when the COVID-19 pandemic began after completing just one full year of her service time. In March 2020, the Peace Corps agency evacuated its global posts due to the pandemic, pausing operations and bringing home more than 6,000 Americans serving in more than 60 countries.

With this in mind, 2021 doesn’t just mark the 60th anniversary for the Peace Corps. It marks a new beginning. The agency is now recruiting and planning for return to service, bringing an extraordinary opportunity for future volunteers to be the start of a completely new chapter for all of Peace Corps.

Finding dynamic volunteers to help support its host country partners is central to its success. Students from Salve Regina are encouraged to explore the many service opportunities the Peace Corps offers and find more information at the agency’s website.

“They have a saying at Peace Corp—’It’s the hardest job you’ll ever love,’” said Lalli. “But it’s wonderful. I recommend it to anybody who wants to try and reach out and help the world, because you gain so much from it as well.”

Feature photo is of Lalli (standing, second from left) in Yemen in the 80s.