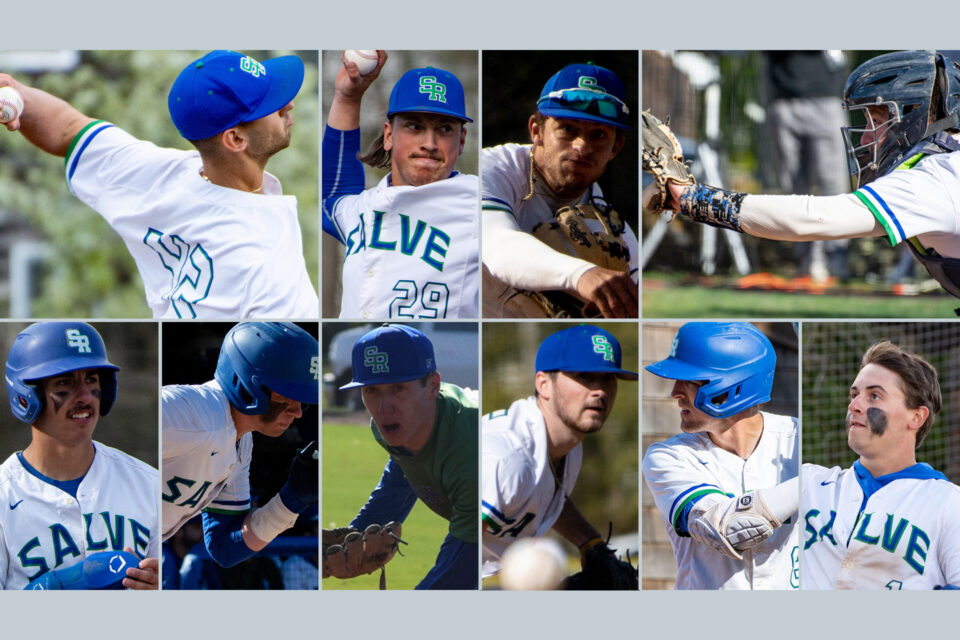 The Commonwealth Coast Conference (CCC) recently announced its 2022 Baseball All-Conference Teams and major award winners. Ten Seahawks were selected as honorees, including two that were named as Pitcher of the Year and Defensive Player of the Year.

As Pitcher of the Year, Dominic Perachi ’23 was nearly untouchable on the mound for Salve Regina as he led the league in eight wins, 99 strikeouts, and an ERA of 0.47. His miniscule earned run average is also best in all of NCAA Division III this year. Nationally, Perachi is also sixth in the division in strikeouts, third in strikeouts per nine (15.36), and ninth in WHIP (0.83). His 4.97 hits allowed per nine is also ninth in the country. He allowed just three earned runs all season, contributing to his 8-0 record over nine starts. He also had five games with double-digit strikeouts, peaking at 17 Ks against Wentworth. He was selected as the CCC Pitcher of the Week four times this year.

The Defensive Player of the Year was Dylan Ketch ’20, who is currently a graduate student. Ketch was fantastic behind the plate for Salve Regina this year, committing just one error and two passed balls in 37 games. He recorded a fielding percentage of .997, while commanding a pitching staff that currently holds a 3.05 ERA and leads the league with 11.75 strikeouts per nine innings.

Voting for the All-CCC Teams and major awards was conducted by the nine CCC baseball head coaches following the conclusion of the regular season. For the complete list of All-CCC honorees and major award winners, go here.